English Ph.D student Jessica Zisa sat tapping away at her Microsoft Surface Pro as I entered her office on a sunny Friday afternoon. On her desk lay a copy of Aristotle’s “On Poetry and Style.” Across from it stood a tall bookshelf, every row filled with books.

“There’s never a weekend off in academia,” said Zisa, a first year Ph.D candidate at the University of California, Santa Barbara. She is one of the six teaching assistants for Professor Andrew Griffin, a faculty member of the English department.

“I chose UCSB because actually there’s a medievalist, Aranye Fradenburg, who is a really great scholar and specializes in exactly what I want to do,” she explained. “So it was a really good fit.”

Zisa is currently pursuing her doctorate in medieval literature with a focus on women writers. She chose this topic after reading the work of Marie de France, a 12th century writer, during one of her undergraduate literature classes.

“I didn’t really think about women writing in that period,” she said. “I was starting to realize that there was this kind of longing for a history that has not been focused on … the same way as history that has been gendered … So for me, that was very empowering to find that history, and I continue to find voices that have kind of been swept under the rug.”

In spite of Zisa’s love of medieval literature, she wasn’t always involved in academia. Before her graduate studies, Zisa was a professional ballet dancer.

Despite professionally dancing for four years, Zisa’s passions and interests changed over time.

“It wasn’t fulfilling anymore,” said Zisa, “and I realized I wanted to pursue something new and see what I could accomplish outside of dance.”

After retiring from performing, she went back to school and received her B.A. from Marylhurst University, a small liberal arts college in Oregon before pursuing her master’s at New York University.

While Zisa was determined to succeed in academia, much like her time in ballet, her new path was not without its hardships. The shock from an entirely new place and the hardships of the work led her to initially experience imposter syndrome, or deep feelings of inadequacy desspite of one’s actual accomplishments.

It was like “going up and down with just doubt, self-doubt,” she recalled. “Being like ‘can I do this?’ … Having that kind of self-doubt where you’re very critical of yourself is necessary to do well but it can be debilitating.”

Though it’s only her first year, she is nevertheless busy with her research. One of her current areas of interest is the connection between neuroscience and literature.

“We have a couple of professors that do some work with neuroscience and literature,” she said. “I’ve become more and more interested in bringing this into my approach with gender and sexuality: the idea of cultural concepts and how that is embedded in language.”

Zisa hopes that, post doctorate, she will find work as a professor so she can continue her research.

“I’m hoping to work towards publishing and I’m going to a couple of conferences this term as well, which is an ongoing process as a professor,” Zisa said. “Teaching is an aspect of the job but there’s also research and publication and conferences … So I’m wanting to do that in the next five years to develop my CV more.”

While she may not be teaching as a professor yet, as a TA she still wants her students to learn something meaningful from her. 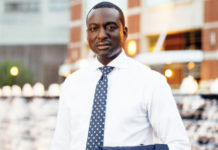