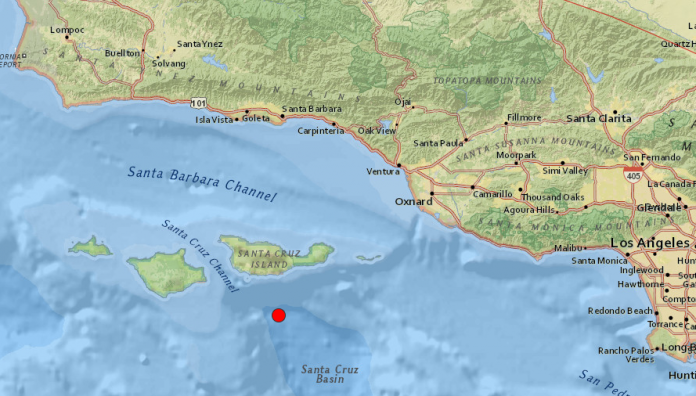 Two town halls are scheduled to take place this week to discuss controversial matters that the student body brought up: a proposed change of the university mascot, the Gaucho, and the UCen renovation project. The first town hall takes place Fri., April 13, in the SRB Multipurpose Room from 5-7 p.m. The second town hall takes place Thurs., April 12, from 3-5 p.m. in the Hub.

Caffeine was not what jolted residents awake this week; rather, a 5.3 magnitude earthquake off the coast near Santa Cruz Island did the trick on April 5 at 12:29 p.m. The earthquake was felt as far south as Irvine in Orange County. Seismologists said that a quake of this size typically hits California once a year, according to the San Luis Obispo Tribune.

Goleta Beach is still closed due to bacterial contamination from the Thomas Fire debris, according to the Santa Barbara Independent. To date, the county has dumped 40,000 cubic yards of debris from the Montecito mudslide into the ocean at Goleta Beach. Warnings to stay away from creek mouths and bodies of water are also in place at two other county beaches, Carpinteria State Beach and East Beach.

Locals are enjoying the latest heat wave as a respite from stormy weather, with weather monitoring stations reporting a record-breaking 83 and 87 degrees on Sunday and Monday respectively. The temperatures were recorded at the Santa Barbara Municipal Airport, and cooler weather should be expected for the coming week, according to Noozhawk.

With the resignation of Norman Pattiz in February and death of Bonnie Reiss earlier this month, Gov. Jerry Brown is now responsible for filling five vacancies on the 26-member UC Board of Regents. The governor’s office told the Daily Californian that “there is no set timeline for filling the vacancy and, as is the case with all appointments, the aim of our office is to appoint the best candidate from a broad and diverse pool of applicants.” The last time there were this many vacancies on the board was in 2013.

Oklahoman teachers are in the second week of a statewide walkout to protest for more school funding. Teachers cited more funding for courses, outdated textbooks, and support staff as reasons for asking the state government to provide $150 million more for its education budget. CNN reported that hundreds of schools in the state have closed down in the time being. Prior to the walkout, Oklahoman Gov. Mary Fallin signed a bill that would allocate $50 million for schools, in the process of increasing salaries and funding support staff.