On Feb. 15, Google implemented a new ad-blocking policy that aims to automatically block ads that fail to comply with the new standards set by the Coalition for Better Ads, an organization made up of internet companies, news websites, and online advertisers.

Video ads that autoplay with sounds and “sticky” ads that take up large sections of the computer screen are just two examples of ads that don’t meet Coalition standards. The ad-blocking program is built into Google’s Chrome browser, which is currently used by 60 percent of mobile and desktop internet users. Google will use the standards set by the Coalition (which includes companies like Facebook, Google, Reuters, Microsoft, and the Washington Post) to determine whether or not ads are “acceptable” or “failing.”

“Acceptable” ads will be shown, but “failing” ads will have the ad issuer notified and given 30 days to change and resubmit the ad for evaluation. If the ads have not met Coalition standards by the end of the 30 day period, they will be blocked by Google. According to the Los Angeles Times, Google has so far identified 850 websites with ads that have a “failing” status, which means that the ads are at risk of being blocked within the next 30 days.

Responses to Google’s new ad policy have been mixed. In a Feb. 13 blog post announcing the new changes, Vice President of Chrome Rahul Roy-Chowdhury pointed out that “it’s clear that annoying ads degrade what we all love about the web.” Roy-Chowdhury went on to say that Google’s new changes will “improve the web for everyone,” not just Chrome users.

However, other experts note that it’s likely that Google had a huge hand in writing the CBA’s new guidelines, and fear that Google is moving to further consolidate its dominance in the online advertising industry. Speaking to the Associated Press in remarks obtained by the Los Angeles Times, Paul Boyle, vice president of public policy for the News Media Alliance, said that, “Google’s decision to incorporate these standards into Chrome turns voluntary standards into de facto law.”

Companies with ads at risk of being blocked by Google will now have to change their advertising formats in order to comply with Google’s policy. If ads want to earn an “acceptable” rating, all they need to do is meet the CBA’s standards, but because Google has become the gateway through which ads are rated, there is a growing fear that Google will have a steadily increasing control over the booming business of online advertising.

Google made $95 billion last year from advertising alone, according to the Los Angeles Times, and has continued to dominate the lucrative industry by implementing a new Auto Ads program, part of its AdSense division.

The Auto Ads function debuted on Feb. 21, mere days after Google instituted automatic ad-blocking. Instead of blocking ads, Auto Ads is a program designed by Google to “machine read” a page and decide the content and number of ads to place on the page.

Website publishers that want to activate Auto Ads can do so by just adding one line of code to their pages. A Google blog post introducing Auto Ads claimed that “auto ads use machine learning to make smart placement and monetization decisions on your behalf, saving you time.”

Because of Google’s growing investment in the digital advertising industry, some critics are beginning to wonder if Google is moving beyond its original purpose of simply being a search engine and source of information. In an opinion article written for the New York Times on Sep. 20, 2015, Robert Reich, Professor of Public Policy at Berkeley and former Secretary of Labor, argued that large tech companies like Google “have more market power than ever.” Scott Spencer, a director of product management at Google, refuted those claims.

In a interview given to the New York Times published on Feb. 18, 2018, Spencer said that, “Google is not neutral when it comes to the open web,” adding that Google is “a search company, we want to ensure that there is a healthy and sustainable web for people to be searching and getting information from.” However, Spencer went on to admit that Google is still “also obviously an ad-serving company.” 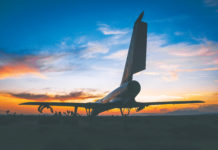 World War III: The Battle of the Intelligences 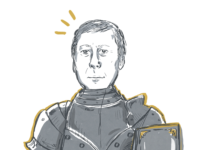