Home A & E Dispelling the Darkness: A Brighter Path Forward 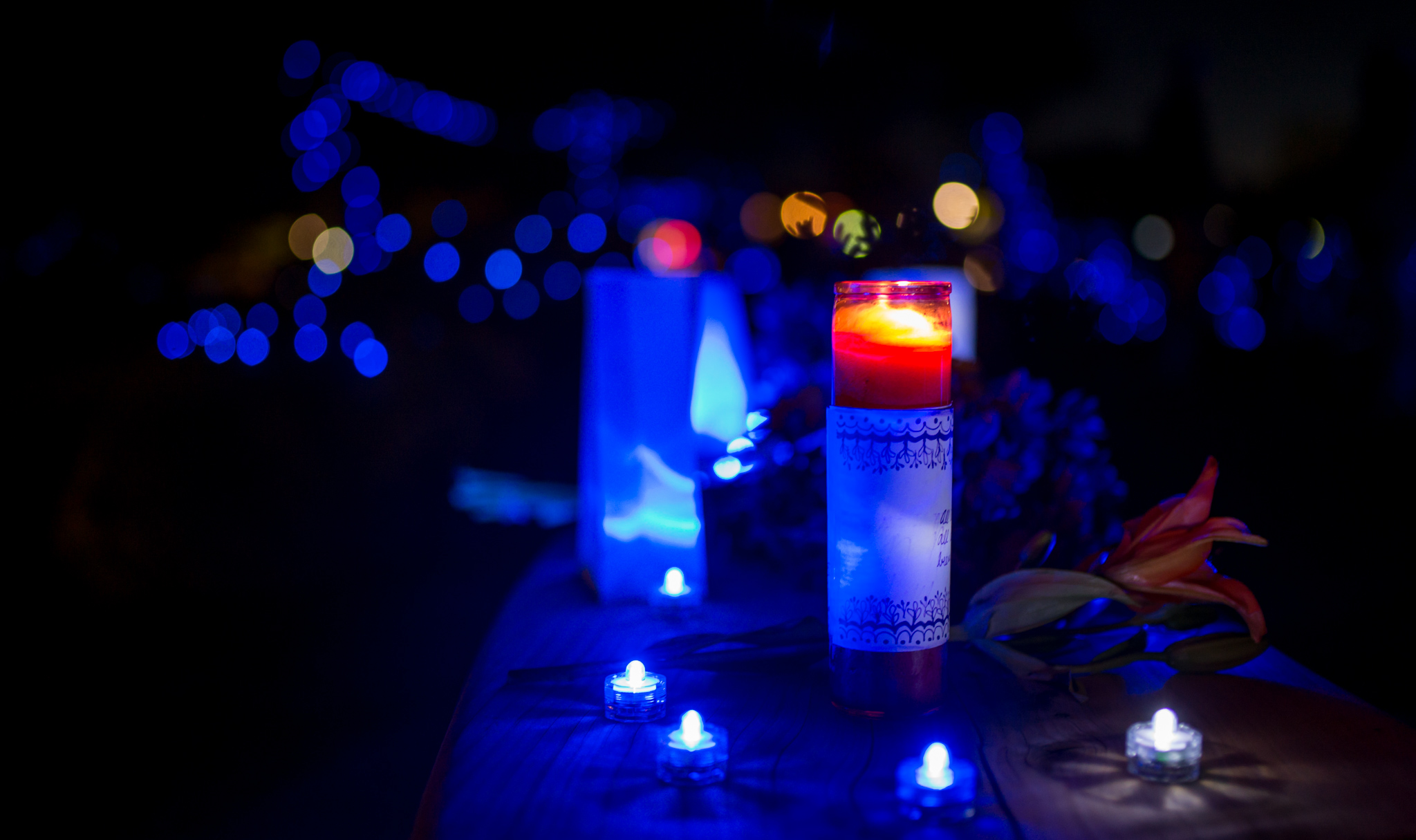 This story is part of a commemorative issue on the third anniversary of the 2014 Isla Vista killings, where a resident killed six UCSB students and injured 14 others.

Like many students here at the University of California, Santa Barbara, you’ve probably wondered what all the lights set up in Pardall Tunnel are for. The thought is banished from your head, however, as you swerve to avoid incoming traffic.

The lights that line Pardall Tunnel are far more important to UCSB for more than just illumination. They are a way of memorializing a terrible tragedy that shook our campus, and how we would not succumb to the resulting despair.

Built by professors Kim Yasuda and Marcos Novak in May 2015, the light passages are a response to the 2014 Isla Vista tragedy. Consisting of both the tunnel connecting the main campus to Isla Vista as well as the trees and grass, lights are bedecked in solar powered LED lights acting as safeguards against the call of the dark.

Maddie Berger, the student lead for the organization Blunite, described working with Yasuda as a privilege.

“She is an incredible powerhouse who is extremely devoted to the students and community of Isla Vista,” said Berger. Berger’s appraisal comes from the fact that, “Kim [Yasuda] is a pioneer in getting students excited, involving and implementing real change into the community.”

Berger’s own group, Blunite, is intent on acting as an extension and application of that. Formed in response to the tragedy of the killings, Blunite is a student group promoting healing and reconciliation by constructing art installations around Isla Vista. The decision to make Blunite focused on art was an easy one for Berger.

“Art has the ability to affect each viewer in different ways,” said the fourth year art and theater double major. “It can be a vehicle for change, hope, and unity within the community. I think art has the ability to transcend time, and the act of creation can be incredibly healing for the artist.”

Their works revolve around their central symbol — the blue light.

“Light is a universal symbol of hope and goodness,” Berger said. “The inspiration for Blunite’s using light came from Professor [Shuji] Nakamura’s invention of the blue LED. It thus felt very fitting for the UCSB community as a literal way to illuminate the metaphorical ‘darkness’ from the tragedy.”

Blunite, in conjunction with Tuesday’s memorial vigil, continues its mission by distributing LED candles to those present in order to form a lantern to ward off the encroaching darkness. Three years after the incident, the lights still remain dedicated to their fellow Gauchos, and will be a welcome glow as the night descends.

A bittersweet truth about this year’s vigil is that among those attending are the last group of students who were there at the time of the tragedy. This year’s graduating class of 2017 may have been just freshmen at the time, but that doesn’t mean they haven’t taken the lessons of the event to heart.

“We all look at the world differently — we hear about acts of violence within communities all the time, but it is always someone else’s community,” Berger explained. “Then when it becomes your own, it is incredibly personal. I think it shifted how I react when I hear about other acts of violence in other communities. The incident gave me a newfound empathy that, unfortunately, cannot be gained any other way.”

Blunite, among the many student groups on campus, is a way for peers to reach out to and connect with each other. Even in the face of tragedy, the campus has proven itself able to not just dwell on the bad in life but to focus on the good.

“May will always be a hard month of the community,” Berger said, “but by bringing in events like the carnival [Lite the Nite], we can shift the conversation onto how we have healed, how we have moved forward, and how we can interact all together in a loving and universally fun way.”