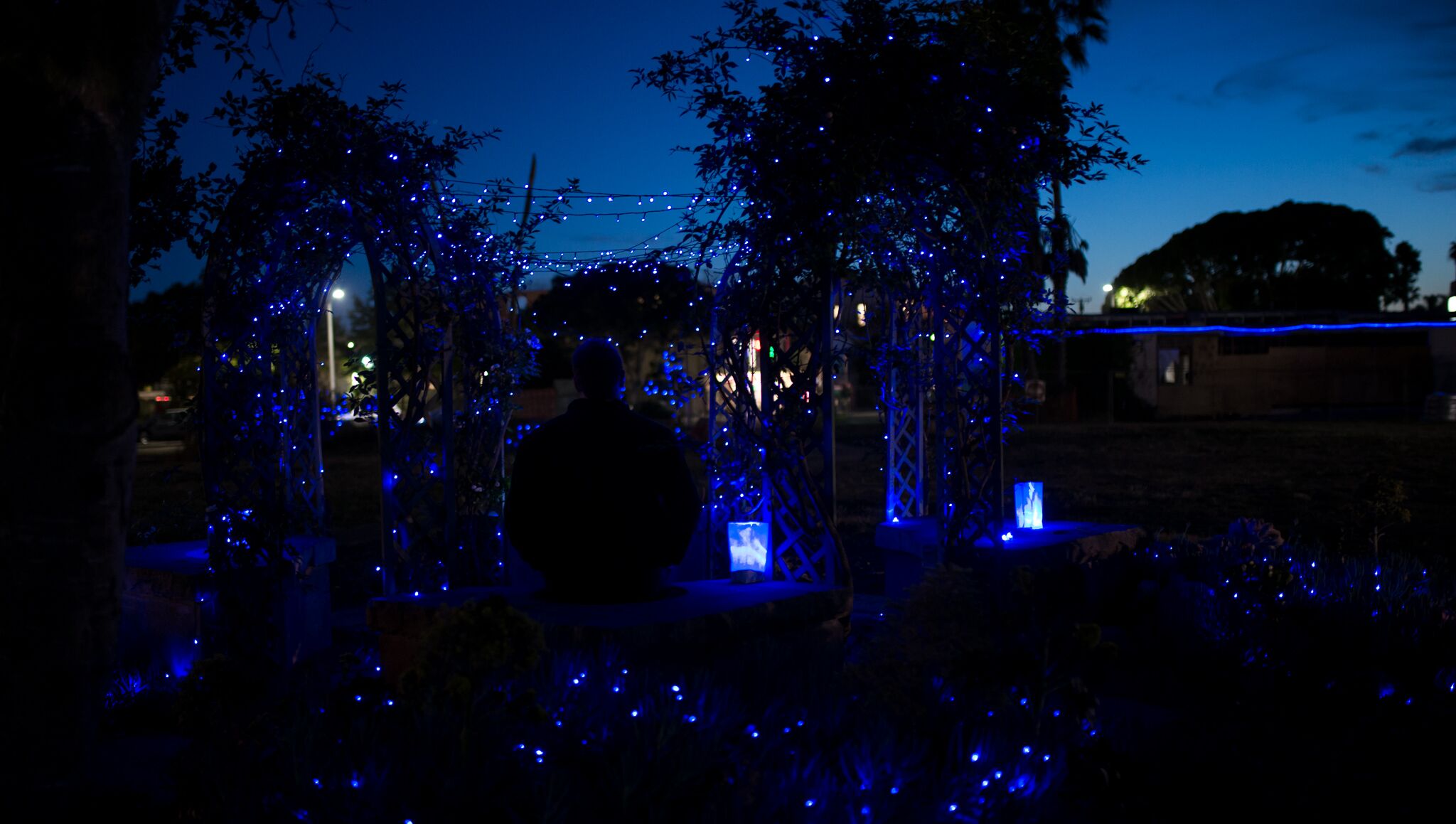 This story is part of a commemorative issue on the third anniversary of the 2014 Isla Vista killings, where a resident killed six UCSB students and injured 14 others.

As day gave way to dusk, students gathered around Anisq’oyo Park to commemorate a series of tragic events three years ago. On May 23, 2014, a troubled young man named Elliot Rodgers took the lives of six University of California, Santa Barbara students — George Chen, Cheng Yuan “James” Hong, Weihan “David” Wang, Katherine Cooper, Christopher Michaels-Martinez, and Veronika Weiss — and then himself. Fourteen other people were wounded. Three years from that day, the tragedy draws people to the streets of Isla Vista once more.

It was a traumatic and horrifying experience and, even three years later, the wounds still feel fresh. However, the crowd was not here tonight to remember old pains but to come together and heal. The memorial vigil was a celebration of life as much as death.

Perhaps the most touching part, though, was when the family of the deceased came forward to speak. Chen’s mother, Kelly Wang, spoke about how she had decided to honor her son: “I heard a soft little voice that came from my own heart. The little voice spoke to me: ‘Go out. Love others. Spread kindness.’” Michaels-Martinez’s father, Richard, talked about his son’s thirst for life. When Michaels-Martinez was younger, he had asked to go skydiving, which his father had forbade him from doing.

After his death, Michaels-Martinez’s father found a video of him skydiving without his knowledge. “He jumps out the plane and he starts to smile. And he was really loving it … this was two months before he was shot and killed. I had seen him and talked to him and he never told us he was going skydiving … that video is the last thing I have that shows him alive, and we’re very grateful for it.” Weiss’s mother spoke of the joy her daughter felt at being on campus and how that joy was now hers. “She loved everything about UCSB … there hasn’t been a single day since I haven’t loved this place too.”

All of the parents present were touched at how much UCSB had contributed both to their children’s lives and their own. The greatest legacy for them was how the community had not only used the tragedy as a point of mourning, but also one of change.

Also speaking were Vice Chancellor for Student Affairs Margaret Klawunn, Chancellor Henry Yang, and Dr. Jeanne Stanford of Counseling and Psychological Services. Present throughout the audience were CAPS counselors for those who needed them.

Assemblyman and Isla Vista resident Das Williams spoke of the legislative reforms that had taken place as a result of the tragedy. Such reforms included the rerouting of Storke Tower’s 911 calls to local first responders instead of those in Ventura, the creation of gun violence restraining orders to protect citizens, and the formation of a local government in Isla Vista after forty years of effort. “That is what happens from remembering, and that is what happens from standing up and making sure other people remember.”

The mic was also opened for the general audience to speak. Throughout the vigil, students from Blunite, an organization dedicated to memorializing the tragedy through art, took the time to distribute LED candles to those present to leave at the memorial garden. By doing so, they provided a lantern against the darkness, both literally and metaphorically.

Throughout the crowd, sobs, both stifled and open, could be heard. The occasion was so momentous that any speakers still seemed to. Nevertheless, there was something comforting in their inability to speak. They knew and the audience knew that some feelings transcend words and that all that mattered was that they were there, honoring those who had passed.

IV Couple Arrested for Possession of 60 pounds of Narcotics and...