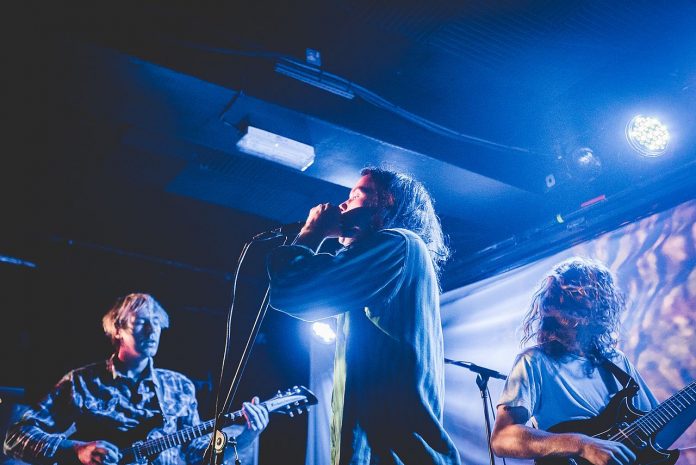 Australian psychedelic rock band King Gizzard & The Lizard Wizard released its newest album Flying Microtonal Banana on Friday, the first of five albums the group is planning to put out in 2017.

The band is known for constant reinvention, taking a new direction with every release. 2015’s Paper Mache Dream Balloon featured the band playing acoustic instruments and exploring the world of indie folk. The next year, the band came out with Nonagon Infinity, which was the polar opposite of the album before. Many songs on Nonagon Infinity were high-adrenaline madness, drawing inspiration from hardcore punk.

Flying Microtonal Banana represents yet another new direction for King Gizzard, one that is somewhat less intense than their previous effort. For this album, the band used custom instruments with microtonal tuning, hence the name of the project. Microtonal tuning allows musicians to play notes with smaller intervals than in most forms of Western music. As a result, there are times when the music almost sounds Middle Eastern.

The album is a journey into a strange psychedelic realm filled with exotic lead guitar lines and incredible drum fills, courtesy of the band’s percussion duo, Eric Moore and Michael Cavanagh. Just like last year’s Nonagon Infinity, the album was meant to be listened to all the way through, with consecutive songs bleeding into the next. The band’s sound in this album could be described as “Lucy in the Sky with Diamonds” combined with the energy of garage rock. With their newest album, King Gizzard & The Lizard Wizard show why they are currently one of the best acts in the world of indie music.

The album experiments with their sound in multiple ways, featuring strange instruments and unconventional song structures that are flawlessly incorporated into the band’s sound. For the first three minutes of “Rattlesnake,” lead singer Stu Mackenzie spends most of his time melodically singing the word “rattlesnake” before the first verse begins. In that song and several others on the album, a Turkish horn instrument called a zurna can be heard. The zurna’s squealing somehow fits the band’s newest iteration of their own style perfectly. In “Anoxia,” the zurna can be heard over a rhythm-guitar line inspired by ‘70s funk. On the very next song, “Doom City,” King Gizzard incorporate frantically oscillating zurna over a thumping blues guitar riff.

Of course, the man responsible for tying together the band’s sound is Mackenzie, who sings and plays several instruments on the album. Mackenzie is somehow able to consistently sing infectious and innovative melodies over the band’s unusual backing tracks. In addition, his surrealist lyrics help to add to the psychedelic atmosphere. On “Melting,” Mackenzie plays with apocalyptic imagery, singing, “The earth is melting down/ Our home and our playground won’t be fit/ When the world is melting down.”

Flying Microtonal Banana is another creative release from a band that consistently finds a new sound for a new album with every passing year. Still, the group is not done yet. On the day Flying Microtonal Banana was released, the band teased a preview of the next album Murder of the Universe on Facebook, the second of five promised albums in 2017. Though releasing five quality projects in a year is a difficult task for any artist, King Gizzard & the Lizard Wizard have already shown they are capable of musical feats most artists could not accomplish.