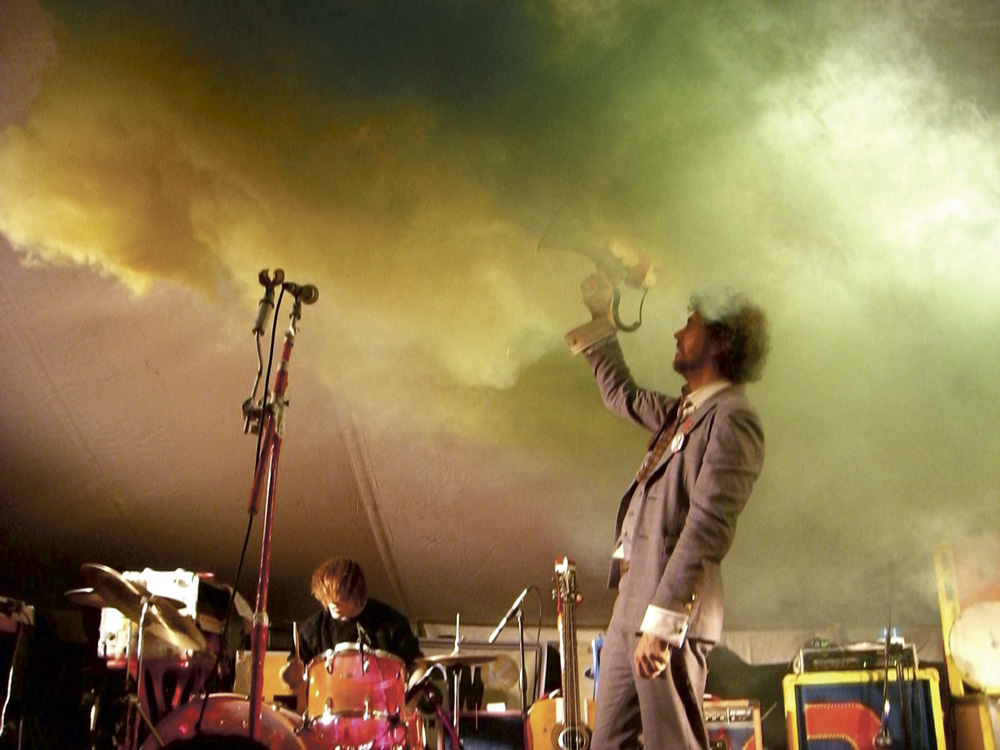 The Flaming Lips return from the shadows with Oczy Mlody, their newest oddball creation. Although the Oklahoma rock band has never stayed in the headlines for long nor reached the status of household name, they’ve managed to release consistently original material since they first cornered the market on quirky psychedelic rock nearly 30 years ago. The newest addition to their extensive catalogue is no exception.

The album is an abrupt change in direction for the band in the wake of their 2013 release The Terror. With Oczy Mlody, The Flaming Lips have traded dark subject matter and nightmarish doom for psychedelic experimentalism with a fresh synth-pop flavor.

The album’s title track, which literally translates to “eyes of the young,” is a perfect preface to “How??,” an expansive and deliciously layered track that lays down the melodic, atmospheric tone carried throughout the album.

“There Should Be Unicorns,” which features a spoken word outro by musician/comedian Reggie Watts, gives listeners their first taste of the whimsical fairy-tale (or acid trip) imagery present in the album. It is filled with whimsical demands like “unicorns/the ones with purple eyes” and “day glow strippers/Ones from the Amazon.” As always, the silly humor of talented musicians who don’t take themselves too seriously ran through the track.

Lyrics such as, “if the police show up we will give them so much money that they can retire from their shitty, violent jobs and live the greatest life they’ve ever lived” are a perfect example of the paradox The Flaming Lips seem to exist in. Much of their lyrical content shifts from light-hearted, juvenile phrases like “the rainbow sluts that live next door” to hard-hitting, bleak subject matter – sometimes over the course of an album, sometimes over the course of a single song.

The album departs (only briefly) from the silliness of “There Should Be Unicorns,” with “Nigdy Nie (Never No)” introducing some chaos and tension with glossed-over percussion and funky, bass-heavy beats. The track covers multiple terrains, experimenting with elements of hip-hop, prog, and orchestral music all in one seamless transition. The song, and really the entire album, borders on feeling overproduced at times, but it seems to be part of an intentional departure from the more jagged, vastly darker feel of their last release, The Terror.

That being said, even without the rough edge of previous albums, Oczy Mlody doesn’t feel restrained in the slightest. The intensity never fully lets up, especially in songs such as the space operatic “Galaxy I Sink” and “One Night While Hunting For Faeries And Witches And Wizards To Kill.”

“One Night,” a lyrical epic, recalls the themes of previous releases such as Yoshimi Battles The Pink Robots, backed by a dramatic, sweeping soundtrack. It’s a perfect example of the band’s masterful storytelling and subtle, often surprising, depth.

The initial whimsy falters and fades towards the end of the album, giving way to a wholly mediocre ending with “We A Family,” featuring the vocals of Miley Cyrus, Wayne Coyne’s newest collaborator and BFF.

Coyne, a long-time believer in being weird for weirdness’ sake, seems to have found his match in Cyrus, who worked extensively with The Flaming Lips during the production and subsequent tour in promotion of their collaborative album Miley Cyrus & Her Dead Petz.

Over the span of their career, the band has never completely settled into a particular sound; instead they seem to be constantly re-inventing themselves. While the album is inarguably a new direction for the band, it tends to fall flat at times in terms of innovation. For a band that once orchestrated a symphony of 40 cassettes playing simultaneously in 40 cars at different speeds and volumes (dubbed the “parking lot experiments”), the album feels much less ambitious than previous projects.

It’s by no means revolutionary, but Oczy Mlody remains an endearing collection of more than a few stand-out tracks that still reflect the psychedelic experimentalism that continues to make The Flaming Lips great.