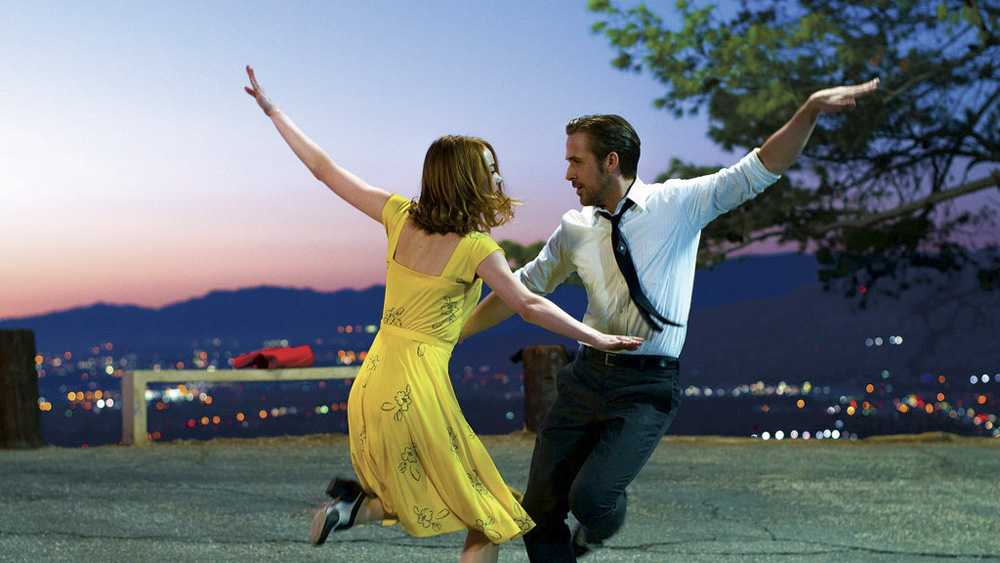 “La La Land” could only described as a fantastical, musical journey about an aspiring actress and jazz pianist achieving their dreams. Even those who aren’t fans of musicals will be charmed by the catchy songs, the beautiful cinematography, and Emma Stone’s and Ryan Gosling’s humorous but heartfelt performances.

This film would not be successful without its music. “La La Land” immediately begins with an exciting musical number that takes place at a Los Angeles freeway, which gives you a sense of how bold this film will be. The songs vary from upbeat, lively show tunes to personal, emotional ballads, and they all work together to create this film, either by establishing the scenes or developing the characters.

The cinematography of the film itself could be categorized as a character. Every shot was colorful, dazzling, and visually captivating. Every shot pulls the audience further into what feels like a whimsical dream. Then the characters Sebastian and Mia tie you even closer to the film as you follow their journey towards achieving their dreams.

Ryan Gosling brings charm and charisma into the role of Sebastian, a jazz pianist who aspires to one day open up his own jazz club, even when jazz has become a dying art. Gosling manages to bring Sebastian to life, not only through clever and witty lines, but also through his piano performances.

Prior to this film, Gosling did not know how to play the piano, so it’s incredible to see how he’s able to bring so much passion into his playing with very little experience.  However, Sebastian’s story would have been incomplete without the character Mia.

Emma Stone plays the one of her greatest performances as Mia, a part-time barista and aspiring actress who dreams of getting her big break. Her onscreen chemistry with Gosling helps establish the important relationship between Sebastian and Mia, which serves as the emotional core of the film.

Along with her interactions with Gosling, Stone also gives a great performance on her own, during an audition scene in which she sings a powerful ballad live. There have been a lot of talented actresses in the past year who have given Oscar-worthy performances, and it’s fair to say that Stone is one of them.

Because of the Oscar buzz this film has been receiving, it’s important to look at it with a critical eye. After last year’s #OscarsSoWhite movement, Hollywood has put in a bit more effort in including more diversity in films.

Unfortunately, this is not one of those films, with its focus entirely on two straight white characters. It features some characters of color, with John Legend playing a somewhat significant role, but none of these characters get the opportunity to have their own story arcs. This doesn’t necessarily ruin the quality of the film, but it is essential to address this issue, regardless of how well-made it was.

Despite some of its shortcomings, “La La Land” will still blow you away with its wonderful world of colors and will pull at your heart strings with its emotional performances.