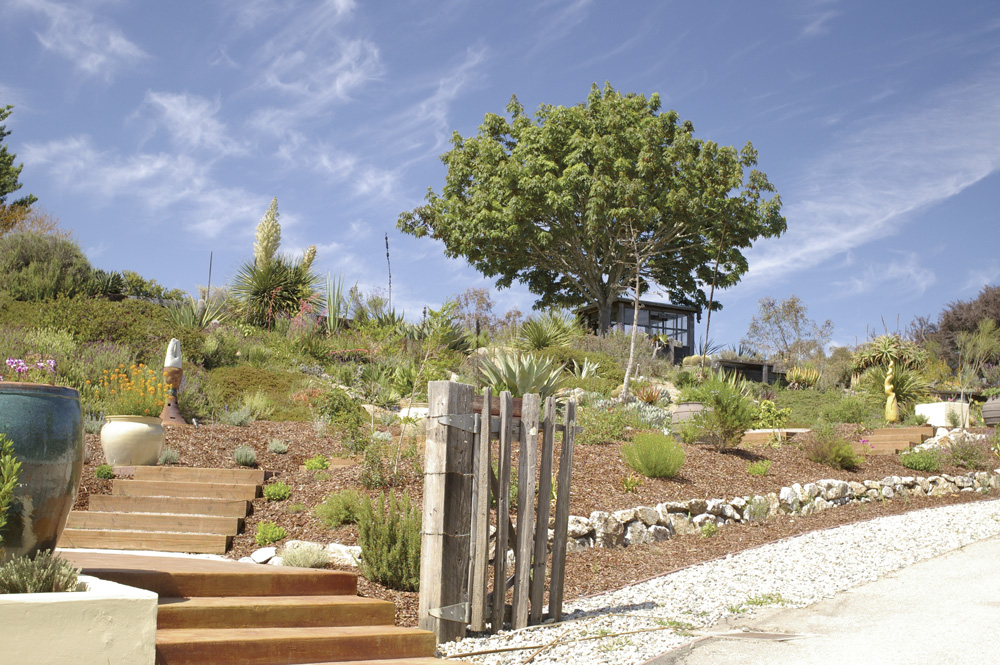 Beautifully covered with snow white plumes, he darts in and out of sight. He nimbly flutters his wings with impressive speed, a white gem standing out in a crowd of emerald-green hummingbirds.

This rare white hummingbird stole the show at the Australian Gardens at the University of California, Santa Cruz Arboretum.

Over a thousand eager birders flocked to the scene just to admire the thumb-sized, yet stunningly exquisite, Anna’s Hummingbird this year. The science explaining the color the plumage of leucistic birds is a deficiency in the pigment known as melanin.

Noted as one of the first sightings of this hummingbird variety in the Santa Cruz county, the bird’s presence fascinates the local residents. Data reports a surge in the number of visitors, an almost 40 percent increase, since the hummingbird was first spotted in early May.

“We have people flying in from Texas and driving up from Los Angeles,” said Martin Quigley, director of the arboretum. “We have local people who have cancelled their vacations so they can stay in town to see this bird.”

The hummingbird has been reported to show iridescent qualities, arising from the reflection and interference of light and feathers, creating quite a spectacle to behold.

“Normally, you can’t see hummingbirds well,” says Quigley, but regarding Anna’s hummingbird, “you can see everything it’s doing.”

The bird’s genetic mutation allows it to be easily spotted and tracked by keen onlookers, appearing as flashes of neon, blurring the beautiful backdrop of the arboretum.

Estimated to be about six months old, and probably born in the area, the bird is said to make an appearance at the garden most days, and will likely continue doing so due to its nonmigratory nature.

This becomes good news for avid birdwatchers and admirers who will “stand there and stand there,” notes Quigley. “Some people everyday. [It’s] a little obsessive but that’s how it is with bird people.”

While leucism becomes an exciting and exotic phenomenon for birdwatchers and enthusiasts alike to witness, creatures with this pigment condition suffer unique obstacles in the wild. According to the National Audubon Society, a non-profit environmental organization dedicated to the conservation of birds, the lack of color in the leucistic creature may deem unattractive to mates, risking an inability of the mutation reoccuring.

Scientists also worry that it’s pigmentation exposes the bird to greater danger of being attacked by predators. The lighter plumage may rob the birds of their protective camouflage, leaving them more vulnerable to predators such as larger birds or feral cats.

Finally, melanin is said to play a significant structural role in the composition of feathers. Birds with extensive leucism will have feathers more fragile than the average hummingbird, making flight, staying warm, and other natural activities more difficult.

Although it becomes an exceptional inclusion among the other dozen or so Anna’s Hummingbirds that vie for the nectar-rich grevillea and banksia flowers, its threatened survival is only magnified by its remarkability. Check out the hummingbird at UC Santa Cruz.