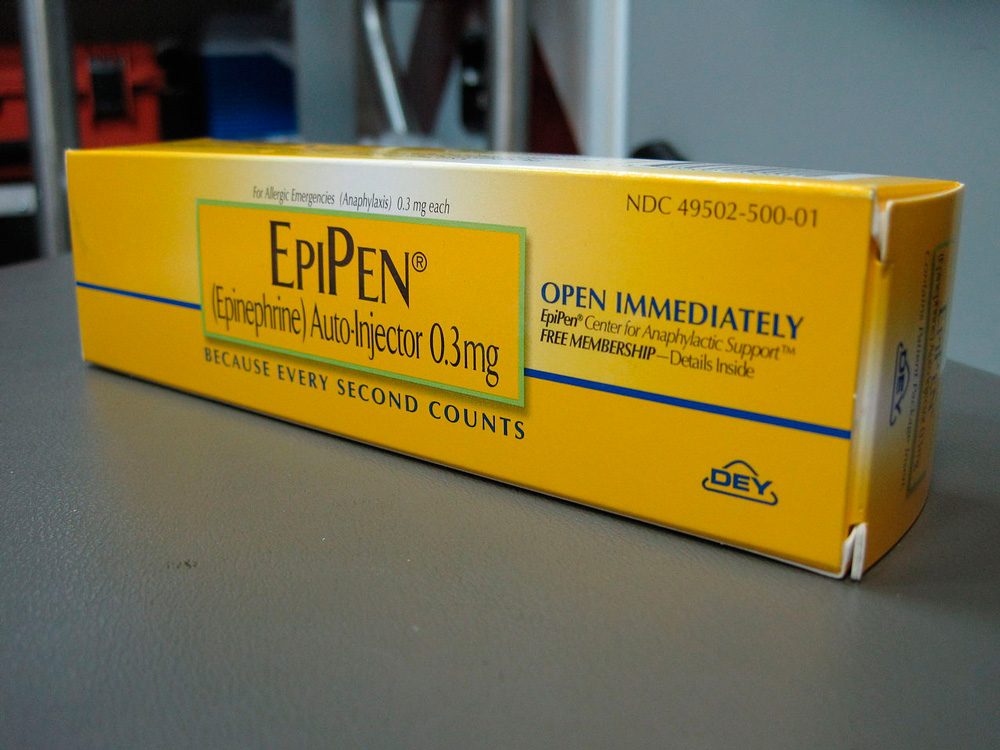 Over the last few months, Mylan Pharmaceutical Company has been under constant fire and scrutiny for its outrageously overpriced epinephrine injection, more commonly known as EpiPens.

EpiPens are used under allergic emergencies that can often times prove fatal, and can be lifesaving under some circumstances. Merck was the originator of EpiPens before Mylan bought the rights to the injectors in 2007. In 2009, two EpiPens cost about $100. Today, it costs a whopping $600, a 1,100 percent increase.

So why is it that no competitor has stepped in to quell this storm and give the consumers a lower price? One reason is that Mylan patented their auto-injector model, so competitors must find a design that works around it. This proves to be difficult, however, with FDA red tape that prevents adequate competitors from rising in the ranks.

Teva Pharmaceuticals attempted to bring to the market a more generic model of the EpiPen, but it was blocked by the FDA. Adrenaclick could have been a substitute to the epinephrine injector; however, the FDA made it illegal for pharmacies to carry the product as an alternative. This is why Mylan has been able to raise their EpiPen prices without much market repercussions. They have a near monopoly over the product, thus they have the power to control their prices.

What mainly astounds me about Mylan’s pricings is the justification for how they decided to charge over $600 for a pack of two EpiPens. Epinephrine itself is extremely cheap. A couple doses costs only a few cents. EpiPens contain approximately $1 worth of epinephrine injection.

So how did the price land in the triple digits? Well, Mylan released a statement claiming that the price has “changed over time to better reflect important product features and the value the product provides. […] We’ve made a significant investment to support the device over the past years.” A later analysis of the “before” and “after” models of the EpiPen showed a similar core with only a few safety and graphic updates.

Their unethical practice is worsened the fact that Mylan’s CEO Heather Bresch’s income, as of 2016, has seen a 671 percent increase. In 2007, when the EpiPen was first acquired by Mylan, Bresch’s earning was $2,453,456. In 2015, her total compensation was $18,931,068. Despite public outcry and testimonies, Bresch refuses to lower the EpiPen’s current pricing. In fact, it has steadily increased in the last two months. A pack of two EpiPens now costs $616 at Kroger and $631 at Target.

This kind of clear disregard for public health by big companies is exactly why we need pharmaceutical reforms. Yes, insurance can cover some of the cost for treatment and medication but they are not always so reliable. Some plans do not cover certain treatments, and it does not help when pharmaceuticals sets prices above the paygrade of the average citizen. Medication such as EpiPens are not privileges or luxuries; they are a necessity for some. They are not mere medicine to cure a cold or flu, but rather an injection that can save a life. It can be the determining factor between life or death, and right now, Mylan is playing God with its cards. It has the tools for life-saving treatments, but refuses to make them accessible to the common person.

The saddest part of all of this is that overpricing vital treatments such as EpiPens are not isolated incidents; they are part of a recurring trend. Turing Pharmaceuticals CEO Martin Shkreli (dubbed “most hated man in the world,”,according to multiple platforms) increased the price of Daraprim, an HIV drug, by 5,556 percent; a $13.50 drug turned into a $750 pill. And here, we get a glimpse of the stemming of the problem.

There is, unfortunately, a troubling connection between pharmaceutical companies and their consumers: a dependency by consumers that pharmaceutical companies are known to exploit. When a pharmaceutical company is given the upper hand, such as the hold of a monopoly, the public is usually the one to suffer, despite the tiresome processes we already have to go through to get the drugs and treatment we need. And whether it’s an illness or a disability, our weaknesses are exploited for an increase in profit for already all-too wealthy CEOs. Some can argue that that is just how capitalism and the world works, and you would not necessarily be wrong in saying that. But it certainly is not a justification to hold life or death in the wallets of the public.

You might be wondering now: “Well, what can I do to stop this?” Bureaucratic policies are notoriously extensive when it comes to the time it takes to pass one, but there are a number of ways to get the ball rolling. Write to your state representatives and tell them about your concerns. They are here to serve you. They are in office to represent their people, so use your voice to bring awareness to these issues. Write up or brainstorm propositions for election years that can reign in the power of pharmaceutical companies and destabilize these monopolies. Lobby against pharmaceutical companies that exploit the public.

There are many ways to get involved, so you don’t have to stay silent. It’s time to return the power over our lives back to the people.