On the morning of Sunday, January 24, African-American professional actor Jihad Reeves walked into the bathroom on the second story of the Social Sciences and Media Studies building to change into costume. He was working on a student film named Stuck, a project sponsored by the University of California, Santa Barbara film and media department’s 106 production class.

After going into the bathroom to change into a button-up shirt and jeans, he was allegedly approached by Greg Siegel, a professor in the film and media department. Reeves said Siegel began asking him questions like, “Were you sleeping in here?” and “How did you get in?”

Surprised, Reeves responded, “No, were you sleeping in there?” and walked out, putting his headphones on. Reeves recalled not thinking much of the confrontation when it happened. However, shortly afterwards on the set of the film, he was confronted by two police officers who searched him in front of the production’s crew and checked his ID.

A third year film and media studies major, who wished to remain anonymous, walked through the hallway moments after the incident occurred and saw Siegel, who smiled and waved at the student. The student heard Siegel describe an outfit over the phone, unaware that the professor was calling the police and describing Reeves’s outfit. The student later identified Siegel.

Reeves and Quinnolyn Benson-Yates, the director of Stuck and a third-year film and media studies major, said Benson-Yates attempted to explain that Reeves was an actor in the film to prove that he was not homeless. The officers refused to speak with Benson-Yates until they were ready, continuing to address only Reeves.

“They didn’t believe one bit of anything,” Reeves told The Bottom Line. “I said exactly who I was. I had my ID, my script, my costume.”

When Benson-Yates was finally able to speak to one of the officers, she recalled that he seemed confused when she explained the film shoot. The officer eventually said, “Oh, this is a university event?”

According to Benson-Yates, the officers justified the search because it was a school building and there had been issues with transients on campus. The officers stayed around the building for some time after the incident before leaving, according to witnesses.

Calls related to transients using campus facilities are common, according to UCPD Lieutenant Mark Signa. Two officers and one trainee responded to Siegel’s call. Signa said that the officers’ primary objective in situations like these is to make contact with the people directly involved with the call, and that it is understandable that some students felt like they were being ignored.

Even though several students spoke up to say Reeves was an actor helping the production, the officers’ main interest was to speak to the person in charge of the production and the man described as a transient, according to Signa.

“It is not very uncommon, in Isla Vista for example, when we go out there to a call, that we’ll respond and we’ll have a lot of people come up … saying, ‘Oh I saw this person, oh I saw that person,'” Signa told The Bottom Line. “We can’t talk to everybody. We want to talk to the primary people that have the most information … which would be, in that point, the actor and the director.”

According to the police department’s logs, the responding officers attended to the call between 10:04 a.m. and 10:32 a.m.

“So it’s not that we’re ignoring the other people. We’re focusing on who has the most information at that point,” Signa said.

The crew attempted to go back to filming, but Reeves said he felt unsafe on campus and was unable to get into character, according to Benson-Yates. She then took Reeves to the Biko House in Isla Vista to decompress.

“SSMS is usually locked on Sundays, but students were authorized to use it in conjunction with their filming,” said Janet Walker, the department chair for the film department. “According to what both parties have told me about their encounter in the bathroom, Jihad Reeves told the professor that he was not a student or university employee but did not answer further questions posed to him as to how he got into a secured building and why he was in the bathroom changing clothes on a Sunday morning.”

June 20, 8:00 p.m.: An earlier version of this article said that numerous anonymous sources confirmed Siegel was the man who interacted with Reeves. Reeves identified Siegel from a picture shown to him.
————

Walker and Joe Palladino, the undergraduate advisor for the Film department, went to the 106 class after the incident to open a forum of discussion for students and professors. She and several other faculty members then met with Signa to relay the students’ critiques of how campus police handled the situation.

The department had already implemented diversity and equity trainings throughout the year, before this incident had occurred. Walker is also planning to invite María Herrera-Sobek, Associate Vice Chancellor for Diversity, Equity and Academic Policy, and Ariana C. Alvarez, Director of the Office of Equal Opportunity & Sexual Harassment/Title IX Compliance for a training session next academic year. She is also working with faculty members to have signage that notifies people in the building that filming is taking place.

However, students question whether these measures rectify the situation, as some who have heard about the incident interpreted it as racial profiling. “This puts more strain on the filmmakers rather than opening up a conversation about the heart of the incident,” Benson-Yates said.

Siegel was unavailable for comments due to a sabbatical until July 1.

Stuck finished production on time and aired at the end of winter quarter, alongside the other 106 projects. The film centers around issues of race, prejudice and the “terrible feeling of being powerless to control [people’s] own personal lives,” according to the film’s Facebook page.

Looking back at his emotions surrounding that day, Reeves said, “I wouldn’t say [I am] angry, because it’s not something I couldn’t expect from cops. But I will say [I am] disappointed, because I came out there to act. I didn’t come out there to party, to vacation or anything. I came there to work. And I can’t even do a role in a film that touches that subject matter without being harassed.”

When asked if the film department had an obligation to share what occurred, Walker wrote, “I take what happened seriously. I have worked and am continuing to work together with our production faculty, departmental staff, and undergraduate faculty and staff advisors to ensure an incident like this does not happen again … The film and media studies department is profoundly committed to diversity and to the critique of racial discrimination.”

6:39 p.m.: This article has been updated for clarification.

June 1, 10:29 a.m.: The headline has been reworded to replace the word “from” with “by,” and the article has been updated for clarification.

June 20, 8:00 p.m.: The article has been updated to include the unavailability of UCPD.

June 27, 1:52 a.m.: The article has been updated with UCPD comments and further editing.

Dec. 20, 8:47 p.m.: The headline and article have been updated for further clarification.

This article was originally published on May 31 at 3:26 p.m. 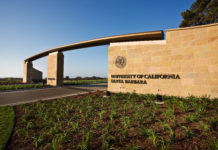 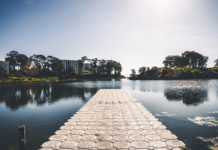 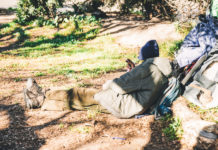