As I squeezed the brakes on my bike, I peered over to the long, meandering line in front of the Hub. Groups of students were laughing and conversing as they patiently waited to go to the fun inside the Hub, where I could see lights flashing and hear loud music booming through giant speakers. From outside I could see a photo booth being ravaged by selfie-hungry students, and stacks of scrumptious, gooey pizza were being hauled in from Woodstocks. A grin stretched across my face and my eyes lit up as I realized that my Friday night was going to be well spent.

This past Friday was the Second Annual Carnival After Dark, an event sponsored by UCSB After Dark and The Hub, with the purpose of bringing an alternative to students on how to spend their Friday nights over engaging in more questionable activities in Isla Vista. The carnival saw a wide variety of attendees, including some alumni from UCSB who were in town due to the All Gaucho Reunion over the weekend. The carnival was a good opportunity for alumni with children to enjoy themselves at UCSB in a family-friendly environment alongside current students at UCSB.

The carnival itself was magnificent, from the free photo booth near the entrance to the multitude of game booths set up around the Hub. Some of the game booths included a whipped cream-eating contest, a competitive ring-toss booth between two players and a booth where you try to knock over some bottles with three balls. 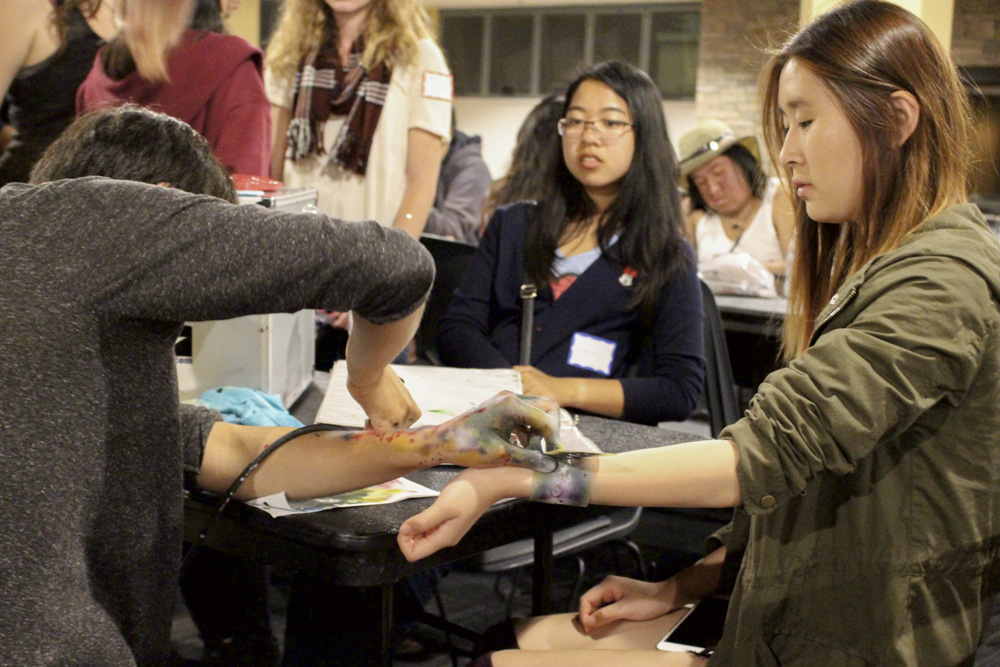 The games weren’t without prizes, of course. Winners of a game would get some candy and a raffle ticket, which they would put into a bowl along with all the other raffle tickets. Around every 30 minutes, an organizer would go up on stage and choose a raffle ticket, with the lucky winner receiving a gift card to some of the local establishments in I.V. or Goleta.

Besides the game booths, there were a diverse range of activities dotted around the carnival. These included some artists who were face-painting attendees and a Jumbo-Jenga game. There was even a karaoke stage where anybody could walk up and sing their favorite song in front of over a hundred people.

Though these events were fantastic fun, the best activity was a man who was drawing caricatures of attendees. The line for the caricature man was longer than the gangly neck of a giraffe, thought the wait was definitely worth it, as his silly, disproportionate recreations of his subjects were a hilarious sight to see.

The game booths and activities that were set up gave me great fun at the carnival, but there was one aspect present that absolutely made the night for me: the free food. Organizers had arranged a plethora of food over a long stretch of table, with the food including veggies with ranch dip, different types of chips, warm and sugary churros, water bottles and Gatorade, and finally boxes of Woodstock’s pizza. 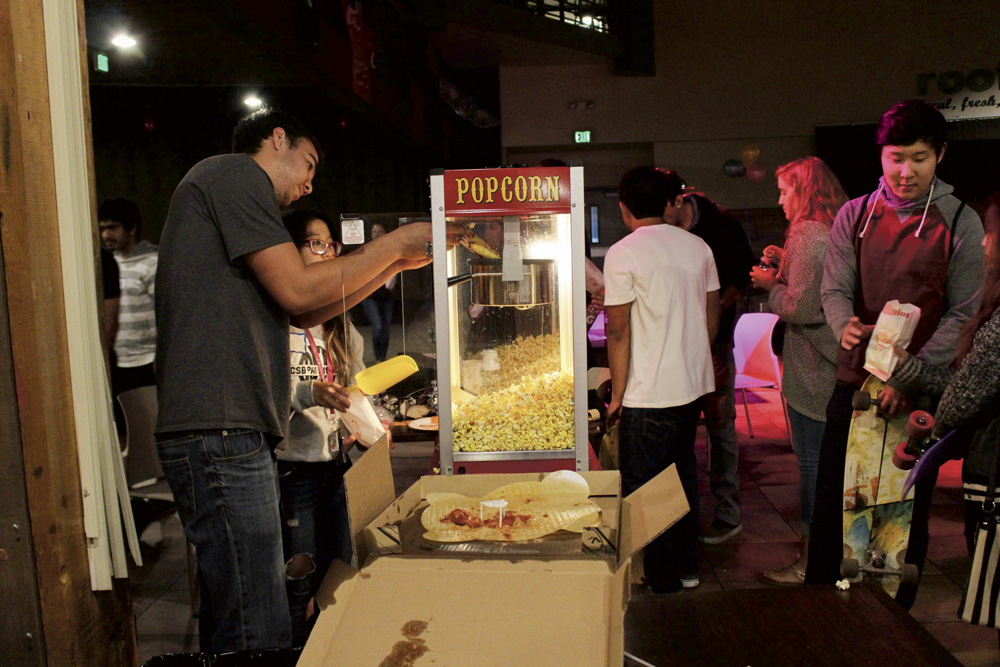 This was just the main course present at the carnival, as there were food stands stationed throughout the Hub. At one state, popcorn was freshly popped in an authentic machine. Another stand was a cotton candy stand, whose food was just as sweet as the girl running it. With all of this free food, both my stomach and my wallet were happy.

Overall, the carnival was a blast to attend. From the fun-filled games to the free, mouth-watering food, this was one of the best Friday nights I’ve had here at UCSB. I’ll be keeping an eye out for a Third Annual Carnival After Dark, and I’d recommend anybody looking for a good time to do the same.