After months of planning and preparation, UCSB’s Hyperloop team will be competing in the final round of the SpaceX Hyperloop Pod Competition this summer, after making it into the top 22 out of over 100 teams invited to participate in the competition’s Design Weekend hosted at Texas A&M University. The team has just under four months to accomplish the impossible and create a scale version of the future of transportation.

In the months since the last update, UCSB Hyperloop has made progress. The first of two in-person events was Design Weekend, running from Jan. 29 to 30, in which all the teams came together at Texas A&M University in College Station, Texas and participated in a weekend-long event showcasing their designs. A ceremony was held on the first day, Friday, to welcome all the contestants as well as the public, with the US Secretary of Transportation Anthony Foxx giving a speech on Friday night. The event was set up trade show-style, with each team commandeering a booth and attempting to leave as many positive impressions as possible on the passersby, which included the general public as well as roaming judges.

Each team had a designated time to present their design, with UCSB Hyperloop having the very last spot on the final day to present over 40 pages of details, which took almost 20 minutes. Fun fact: UCSB Hyperloop’s booth was stationed right next to MIT’s booth, who went on to win one of the top spots. In the end, teams had been crowned the winners of design weekend and received a trophy made of the same material that the Hyperloop track would be made of.

To top it all off, the brains behind the entire competition, Elon Musk, made a surprise appearance and signed the top teams’ trophies. In addition to these teams, an additional 18 teams (who will also receive a trophy by mail) were chosen to go on and participate in the next event: Competition Weekend.

In the timespan between design and competition weekend, the 22 chosen teams would have to have a fully functioning, testable pod. Competition weekend will be held in Hawthorne, California sometime in June with the exact date yet to be announced, and will be the ultimate conclusion to the Hyperloop Pod Competition.

UCSB has remained a respectable place for research and development, however its name is overshadowed by the giants of the field, such as MIT, UCLA and Virginia Tech. Knowing they didn’t have the same kind of resources the technological juggernauts had, UCSB Hyperloop focused on three aspects of their pod: cost effectiveness of their design (cheap to build but reliable to use), scalability (can their design be brought up to a physical full-size) and feasibility (can it be realistically done with the time they have). From this perspective, it seems as though UCSB is one of the underdogs.

“Not to be negative or anything, but I wasn’t expecting to get this far!” Celeste Bean, fourth year computer engineering major and head of the computer engineering division of UCSB Hyperloop, said. “I felt like we would make it to design weekend, but the scope of our successes was something I hadn’t considered.”

Surviving the 100 team quelling isn’t the only accomplishment UCSB Hyperloop can congratulate themselves on. While they still have some funding to accumulate, they have received numerous offers and potential new sponsors while their pre-existing sponsors (Ingersoll-Rand, Raytheon and Jonathan Siegel) have been providing support all throughout. With relatively few resources, UCSB Hyperloop had designed and started building one of the top candidates for a successful pod, and is doing so much more than just building a pod.

The students’ endeavours started out as a capstone project, the final project they do before graduating into the humdrum of the real world. Now, they’re building the future.

“We’ve learned way more than just technical things,” Terrence Tran, fourth year electrical engineering major and fellow member of the electrical engineering division, said. “Problem solving, managing teams and people, dynamic solutions to problems that keep on evolving as you fix them, keeping an open mind and not getting locked into one track of thought, because this is such a real thing you’re presented with — all these aspects I feel you wouldn’t get from another capstone project.”

Of course, UCSB Hyperloop has so much more to accomplish. “We’re 20-year-olds building what could be a missile,” Bean said. “Super high energy, high speed, there’s a lot that could go wrong, and we have [16 weeks] to fully integrate all the components we’ve been building, as well as the things we haven’t built yet.”

With just under four months and a lot to do, UCSB Hyperloop is under more pressure than they’ve ever been before. We wish them the best of luck, and in the words of Jean-Luc Picard, captain of the Starship Enterprise, “Make it so.” 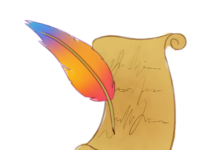