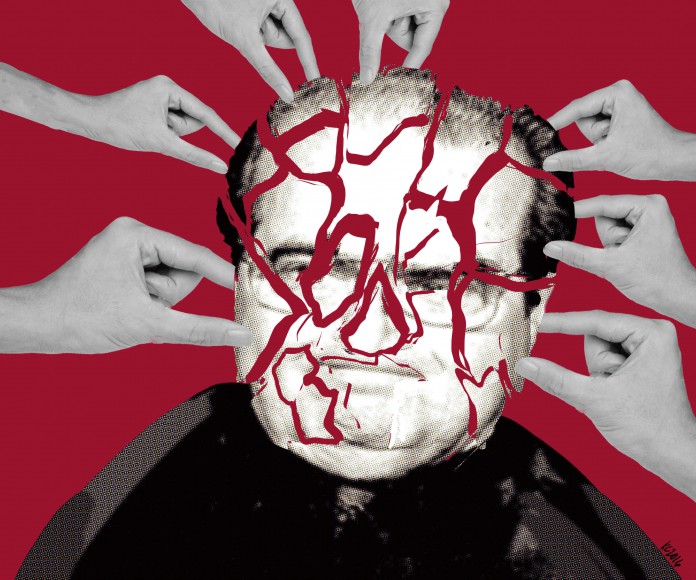 Supreme Court Justice Antonin Scalia died in his sleep at age 79 on Feb. 13, according to The Washington Times. Shortly afterward, social media exploded with a surprising amount of vitriol as many began celebrating his death.

“Scalia was a monster and no one’s job entitles them to respect,” tweeted one person. “So if the news about Scalia is true, how long do we have to wait until we can openly not be sad about it?” tweeted another.

This is what Scalia’s death means for the Supreme Court, according to USA Today: some of the cases to be decided within the next four months affect abortion rights, affirmative action, voting rights, the power of labor unions and President Obama’s healthcare and immigration policies. Even if Scalia is not replaced within the duration of Obama’s presidency, the chances of Democrats prevailing in these cases has dramatically improved since the court is now evenly split between liberals and conservatives.

In a country as politically divided as ours, it’s easy to forget that disagreeing with someone’s beliefs does not necessarily equate to disagreeing with them fundamentally as a human being. Many of Scalia’s writings may be a cause for concern, but we can’t use them as an excuse to turn his death into a cause for celebration.

This level of vitriol implies that there are only two ways to look at Scalia and his life’s work: that he is the most perfect paragon of all that is right in the world and that you must agree with everything he has ever put forth; or that he’s the vilest, most irredeemable scum of the earth and that everything he has produced is worthless garbage. “Nowadays we burn too much energy evaluating people based on whether we agree with them or not,” Yale University law professor Stephen L. Carter said on Bloomberg View. “It’s a pardonable vice, and in the worst case perhaps a necessary one, but it can get out of hand. There’s a vast difference between ‘He’s wrong’ and ‘He’s a worthless bag of flesh who deserved to die.’ Sadly, we live in an era when every case is the worst.”

According to NPR, Scalia placed a strong emphasis on “originalism,” or the notion that the Constitution should be interpreted strictly with its original meaning, which may or may not coincide with what the framers had intended.

“The Constitution that I interpret and apply is not living but dead, or as I prefer to call it, enduring,” he said, according to NPR. “It means today not what current society, much less the courts, thinks it ought to mean, but what it meant when it was adopted.” Naturally, this created a lot of strife with Supreme Court rulings pertaining to abortion, affirmative action, gay rights and religion. It’s to Scalia’s controversial stances on these issues that his opponents allude to when scorning him today.

The reaction to Scalia’s death is emblematic of a culture that suggests that someone’s political and social beliefs denote their right to exist as a person. It relies on the notion that there is a definite “right side” and “wrong side,” a strict good-versus-evil (or liberal-versus-conservative) binary.

This binary is a gateway to a rather dangerous form of rhetoric: an us-versus-them mentality that strips any social or political issue discussed of its nuance and complexity. It reduces the other side, the “enemy,” to a single virulent entity whose only purpose is to oppose “us,” rather than presenting them as the complicated individuals that they are, with their own unique motivations that are no less valid than ours. Stemming from George W. Bush’s presidency after 9/11, this rhetoric has become so ingrained in our political discourse today that a willingness to even consider the other side’s perspective is seen as betrayal.

The potential for a more liberal Supreme Court is a cause for celebration, but the death that made this possible is not. You don’t have to agree with Justice Scalia or his life’s work, but stay classy — let people mourn in peace, and don’t harass them for sympathizing with the “enemy.”