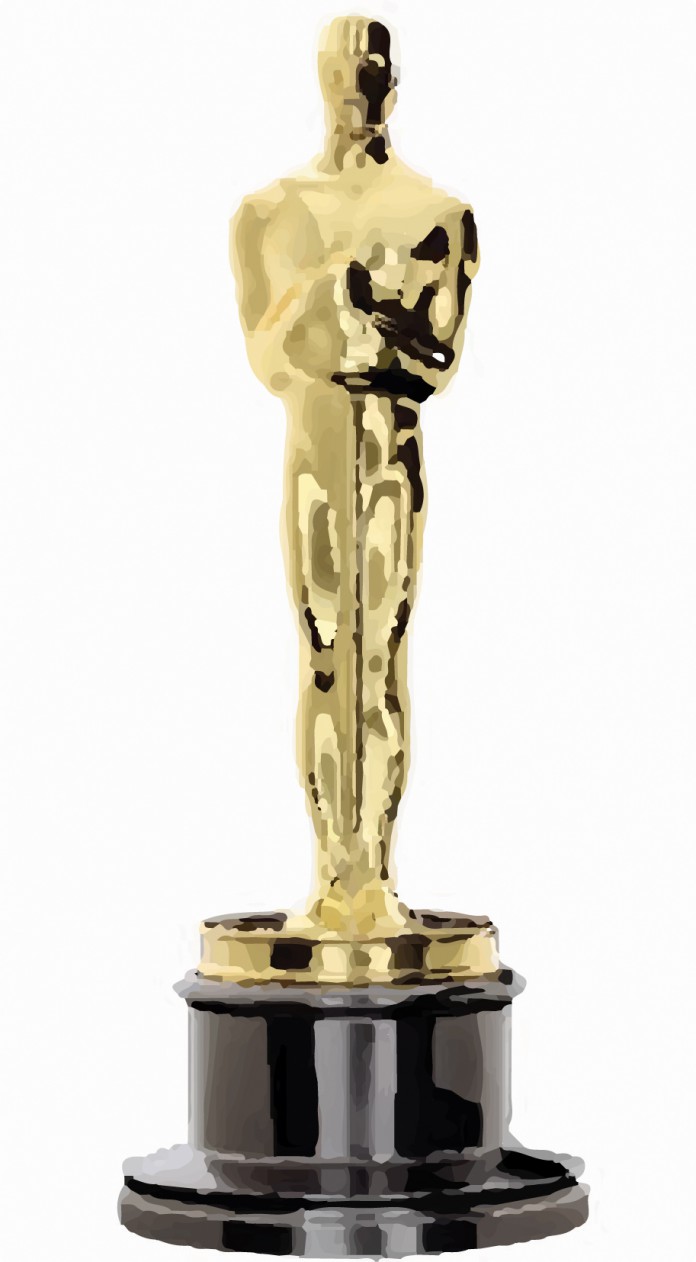 The 2016 Oscar nominations were announced on Thurs., Jan. 14 at 5:30 AM PST and took place in the Samuel Goldwyn Theater in Beverly Hills. Academy President Cheryl Boone Isaacs and various acclaimed directors and actors announced the nominations. This year, the Academy nominated eight films in the Best Picture category and includes a variety of genres including comedy, drama and action. Here are the nominees.

The Big Short is a comedy directed by Adam McKay and stars Christian Bale, Brad Pitt, Steve Carrell and Ryan Gosling. The film focuses on subprime-lending that lead to the crash of the housing market during the 2007-2008 financial crisis. The movie is adapted from Michael Lewis’ book of the same title. The movie is being shown at the Camino Real Cinema, or you can watch the movie on Tues., Feb. 16 for free as part of Associated Students Program Board’s free Tuesday films.

Bridge of Spies is a historical drama directed by Steven Spielberg and stars Tom Hanks as a lawyer who must negotiate the exchange of an American U-2 spy plane pilot for a Soviet spy during the Cold War. The closest theater screening the film is the Regency Buenaventura in Ventura.

Brooklyn is a period drama directed by John Crowley that stars Saoirse Ronan as a recent Irish immigrant in Brooklyn where she begins a romance with an Italian man. But after briefly return to Ireland, she meets someone else — an Irishman. She must then decide to either stay in Ireland or return to her new home in Brooklyn. The film will be screened at IV Theater by Magic Lantern on Feb. 19 and 22, or you can catch the film at the Metropolitan Riviera Theater.

Mad Max: Fury Road was directed by George Miller and is part of his Mad Max franchise. The film is set is in a wasteland and follows Max, portrayed by Tom Hardy, and Furiosa, portrayed by Charlize Theron, as they escape from the desert gang leader Immortan Joe. The film can be rented using Amazon’s video service.

The Martian, directed by Ridley Scott, follows an astronaut on Mars, Mark Watney, played by Matt Damon. After an epic storm, Watney’s crew believes he did not survive and travels back to Earth without him. He does in fact survive, and must now find a way to signal earth to be rescued. The film is still being screened at the Regency San Buenaventura or can be rented on Amazon’s video service.

The Revenant, directed by last year’s Best Director winner Alejandro González Iñárritu and starring Leonardo Dicaprio, leads the pack with 12 nominations. The film follows the journey of a huntsman and fur trapper fighting for survival after being mauled by a Grizzly bear. The film is currently playing at the Camino Real Cinemas.

Room was directed by Lenny Abrahamson and stars Brie Larson and five-year old Jacob Tremblay in the main roles. The film chronicles their plan to escape from the room they have been held captive in for years by a man named “Old Nick.” Brie Larson is the favorite to win the Best Actress category and recently won the Golden Globe for her role. The film can be watched at the Century 10 Theater in Santa Barbara.

Spotlight was directed and co-written by Tom McCarthy and stars Mark Ruffalo, Michael Keaton, Rachel McAdams, Liev Schreiber and John Slattery as the “spotlight” team for The Boston Globe, which was responsible for conducting intensive investigative stories. Schreiber plays Marty Baron, a man who wants to join the “spotlight” team and convinces them to dig into a child sexual abuse case committed by a Boston priest. This case leads the team to a bigger story: the Boston Archdiocese has been covering up the actions of Massachusetts’s priests for years. Magic Lantern will be screening the film on January 29th and February 1st at IV Theater, or you can also watch the film at the Metropolitan Fiesta 5 Theater on State St.

Watch the films, fill out your ballot, grab your friends and some wine and tune into the Oscars on Feb. 28 at 7 EST/4 PST!