Home Features Exclusive The Hustle of Hunter Beard: From Drugs to Music 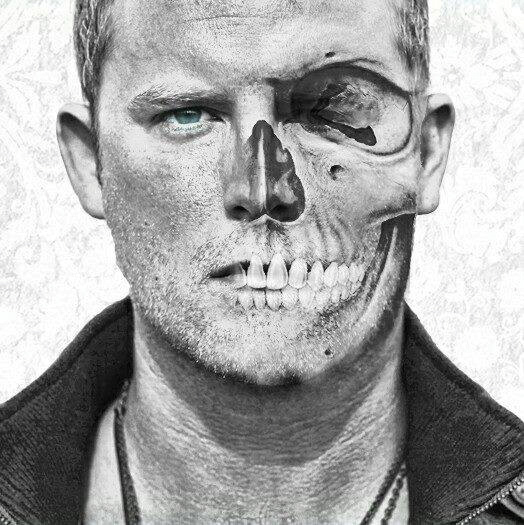 Everyone has a story to tell. Adorned in mahogany pants, a button-down shirt and glasses, one would never be able to guess from passing him on the sidewalks of Isla Vista that Hunter Beard has done more than your typical 34-year-old. Beard, who will be playing at Velvet Jones in Santa Barbara this Friday, has quite a history.

From selling drugs at thirteen to beating up a police officer, Beard’s earlier behaviors landed him in and out of prison for a good part of his young adult life. America leads the world with 2.2 million people in the nation’s prisons. So what makes Hunter Beard special?

It’s not his past actions, but the direction he chose to take his life. Seated in front of Jimmy Johns in IV along with his two musical companions Treezus and Keddy Mac, Beard spoke about his last altercation. “I felt like if I died just out of prison then that would be all I would be remembered for,” he said. And that’s exactly what he sought to change. Searching Hunter Beard on Google yields a long list of achievements rather than his history of infractions with the law.

He’s released three studios albums, had a viral YouTube video and two songs on the radio and much more. He spoke of his successful business ventures: “I started the label with my best friend Keddy Mac officially last year. We motivate each other every day.” While Beard has come a long way from his troubled past, it still follows him today. As his career progresses, he hopes his achievements will put more between him, his old ways and his temptations.

However, this does not seem to be his biggest concern. One can immediately see that Beard cares more about the hustle than the recognition. “The main goal is hard work and obsession,” he said. “I kick doors down and don’t take no for an answer. Over time it becomes a habit. I know when I wake up I am going to send my e-mails”.

Treezus, one of his partners besides him, chimed in on the subject. “It’s all a part of the energy we cultivate as a team. The business thing is all part of being a job divider. It leads to salvation for all of us and keeps us focused.” It’s now more apparent than ever how Beard has turned his life around. Before, he encircled himself with people preoccupied with the kinds of activities that landed him in trouble with the law, such as drug trafficking and violence. Now, he is surrounded by nothing but the talent and love of his peers. “We all kinda saved each other in a way,” Beard said.

It’s easy to say that Hunter Beard is no longer associated with his gangster ways, and has taken steps to help others avoid his previous path. He speaks to kids about alcohol and drug awareness whenever he gets the chance. He shares his experiences through his music. Hoping to help others, Beard believes “music can save peoples lives. It’s the one thing that speaks to everyone.”

Beard continues to show his drive and passion for music touring the country and playing as many shows as possible. His soon to be released album “Winter Soul Summer Mind” shows the “honest progression” of himself away from the gangster life.

The music industry is a political place. However, with the rise of social media it is becoming easier for musicians to be independent. Now, people like Hunter Beard and his group of “super friends” make their living doing what they love, turning it into a business and turning their lives around.

Keddy Mac shared what sums up Hunter Beard and his success: “We used to hustle on the street but now we do the same thing with music.”