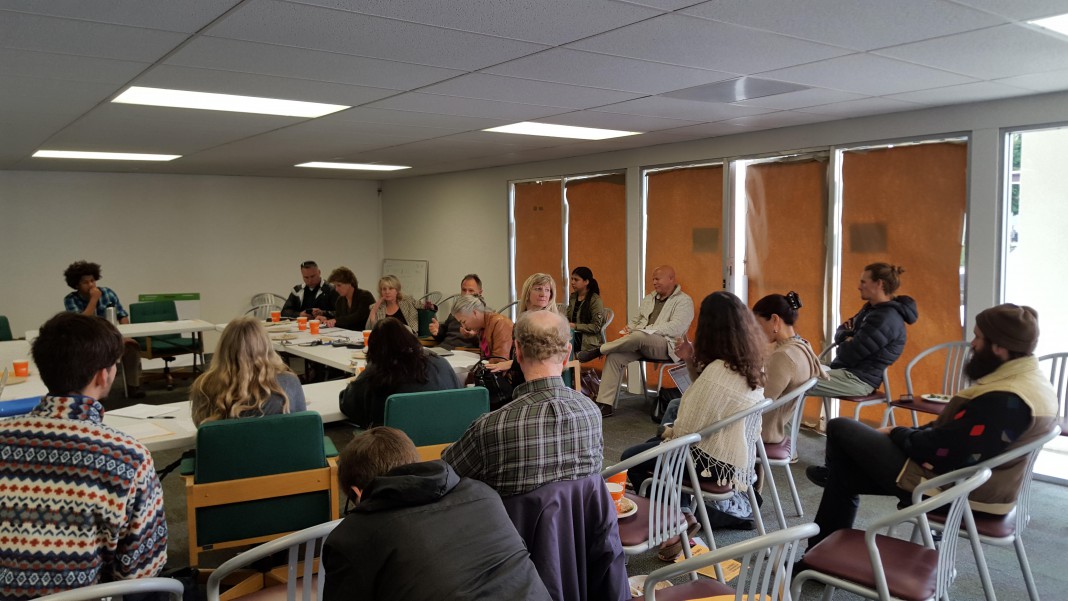 The major stakeholders in the Isla Vista community met on Thurs., Jan. 14 to discuss policies arising in the new year, including IV Foot Patrol leadership, the Community Center and the 2016 ballot. These changes could potentially result in an a Community Services District (CSD) in Isla Vista, less congestion on Pardall Road and better parking throughout the town.

Led by IV Recreation and Parks District General Manager Rodney Gould, the meeting began with a discussion of the IV Community Center and its use throughout the year. Currently, the County of Santa Barbara is the managing entity of the building, and is only allowing use by non-profit and governmental organizations.

Many suggestions arose surrounding the building’s use. Yoga Isla Vista owner John Smart suggested hosting classes for the community. “The community center I visited in Vancouver really got people involved,” Smart said. “It was a place for the people to come together.”

The Santa Barbara Foundation is interested in increasing student involvement, using the center as a way to support the arts and the cultural vitality of Isla Vista. “This is an opportunity to set a course on what a community could be,” Associate Director of Community Engagement Rick Benjamin said.

With the recent passage of Assembly Bill 3, Isla Vista has the chance to become a CSD and maintain self-governance. Esther Aguilera, a representative from Santa Barbara County’s third district, spoke about the upcoming ballot initiative. This marks the first time Isla Vista is able to vote for the creation of its own district.

The creation of a CSD would allow a board to design projects that fulfill direct needs of IV residents. A few of the discussed plans that would be implemented include a better system of parking and an increase in bike safety, particularly the intersections of Pardall and Embarcadero del Mar.

The second part of the initiative is funding. With the creation of the CSD, if passed in a majority vote, a Utility User Tax (UUT) would be implemented. This would gather funds to support the local governance by taxing the residents’ gas, electricity and water usage.
“This could be a partnership between students and community members,” External Vice President of Local Affairs Paola Dela Cruz said. She mentioned this vote as a chance to have a community voice.

The University of California, Santa Barbara, despite having the governmental buildings excluded from the district, would help with funding by providing a $200,000 yearly grant for seven years if the initiative is passed.

Other community events discussed in the meeting included the effect of the longer winter break on local businesses. IV Food Co-op General Manager Melissa Ilana Cohen expressed her concern for local businesses. “Many stores were understaffed or closed down,” Cohen said. She voiced a concern for the lack of income for many during the time the majority of students were out of town.

IV Foot Patrol Station Lieutenant Robert Plastino spoke of the past year’s success in local law enforcement. Lt. Plastino has been responsible for implementing practices that have been keeping the community safe for the past few years. With careful planning to make events like Halloween run smoothly, he has been an instrumental part in making “the fall of 2015 the calmest quarter in recent years in terms of law enforcement,” according to Gould.

Due to Santa Barbara County Sheriff’s Department policies, lieutenants must be cycled between departments every two years. Many community members have reached out, stating the need for Plastino to remain in IV. Plastino’s efforts are geared toward a more self-policing community in which people work together to minimize the need for extensive police involvement.

Plastino is scheduled to remain in IV through Deltopia, with hopes to continue through Halloween 2016. If his work continues to improve the livelihood of Isla Vista residents, “a pattern of change that seems to be working for the better could continue,” he said.

The Isla Vista Community Network encourages all community members to join in on these discussions; students, residents and business owners alike. The next meeting will be held on Thurs., Feb. 11 at 12 PM to discuss further improvements to the community.