Home A & E ‘The Force Awakens’: The ‘Star Wars’ Film You’ve Been Looking For 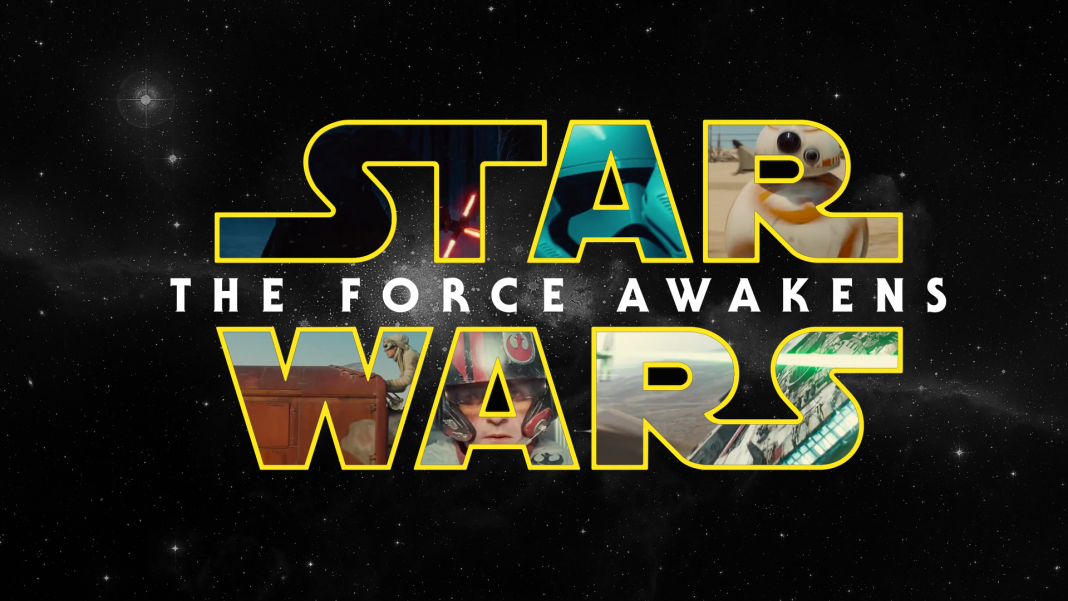 This review of Star Wars Episode VII: The Force Awakens is spoiler-free.

It’s here. It’s been over three years since I saw the news in my freshman PSYCH 1 class that Disney bought Lucasfilm, and now the first of many new Star Wars films has arrived. I waited for nine hours with hundreds of fans, many in costume, waiting for my turn to see director J.J. Abrams’s take on the iconic franchise. After the slight technical difficulties and seemingly never-ending previews ended, the Lucasfilm logo graced the screen and the crowd roared. Star Wars is back, but how is the film?

The Force Awakens takes place decades after the events of Episode VI: Return of the Jedi. The Rebellion defeated the evil Empire, but that doesn’t mean that all of those Stormtroopers just disappeared into thin air. That’s where the First Order comes in: a Third-Reich inspired ghost of the Empire led by the mysterious Sith Jedi Kylo Ren, the First Order threatens the peace in the galaxy. It’s up to the Resistance, ostensibly the Rebellion with a different name, to stop them. And of course, the mysterious, all-powerful Force obviously plays a part in all of this, though revealing how would be spoiling too much.

Much of the The Force Awakens’s pacing mirrors that of the original Star Wars, where the film clearly takes much of its inspiration. It focuses most of its attention on adventure rather than politics and world-building, unlike the questionable prequels Episodes I-III. In many ways, it feels like Abrams is trying to recapture the same feeling people had when they first saw A New Hope back in 1977, and in many ways, the film succeeds. There’s an undeniable sense of wonder seeing the Star Wars aesthetic beautifully represented with modern filmmaking techniques, computer-generated effects and practical effects.

The only real issue is that it doesn’t just presuppose prior Star Wars knowledge; it outright expects it for many of the film’s impactful moments (especially knowledge of the original trilogy). The film is wholly aware of its hardcore fans, and it’s also very aware of its status as a cultural phenomenon, and it plays to that audience in a lot of ways (some subtle, some obvious). The film can definitely still be enjoyed if you’ve never seen a Star Wars film, just not as much. If this is the first Star Wars film that you ever see, you may not feel as invested in the returning characters as the geek next to you who’s been watching these films growing up.

Though Star Wars newcomers may not invest as much in the returning characters, newcomers and veterans alike will invest in the cast of new characters, all of whom are superbly written and acted. Finn (John Boyega), Rey (Daisy Ridley) and Poe (Oscar Isaac) are the new dynamic trio in this film, and their interplay with each other is fun to watch due to the actors’ fantastic chemistry. And of course, it’s hard not to love the adorable little droid BB-8, who thankfully isn’t overdone and plays well with all of the characters.

Of course, it wouldn’t be a Star Wars film without some awesome space dogfights, blaster fights or lightsaber battles, and I can happily say that The Force Awakens excels at all three of these. Having worked on two Star Trek films before, Abrams knows how to construct a good action set-piece, and The Force Awakens is chalk full of them. Abrams stays true to the Star Wars aesthetic with just enough modern flare to appeal to a new generation of moviegoers, and the end result is a beautiful film that is over before you know it.

There are a few minor duds in throughout the 135-minute film, some of which utilize some unfortunate CGI effects which I will not spoil. It’s not that they’re bad, necessarily, just odd. The film also has one instance of dead silence followed by “OH MY GOD LOUD NOISES” to startle the viewer, which I will forever view as a cardinal sin for filmmaking.

Despite the minor issues I have with it, The Force Awakens is a damn good film and a fantastic addition to the Star Wars saga. Though it panders more to Star Wars veterans than newcomers, it’s a film that anyone can find something to enjoy about it. I, for one, will be seeing it multiple times throughout its theatrical release.

Star Wars is back, baby, and it’s back in full force.