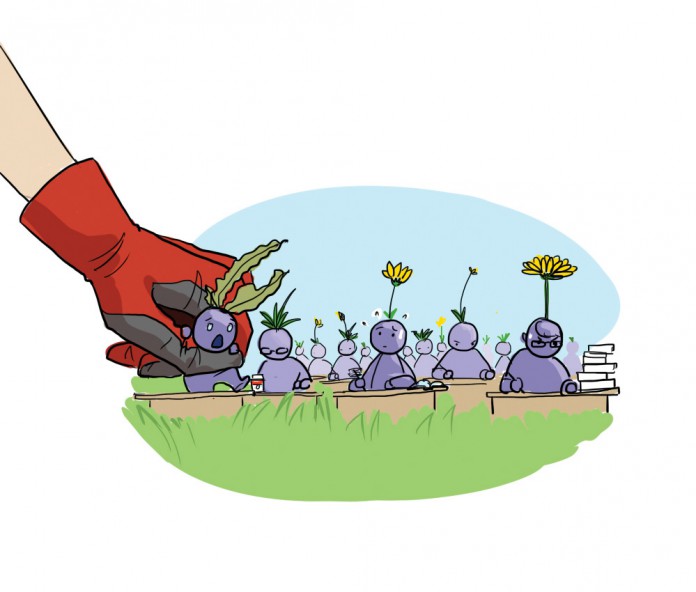 With winter quarter briskly approaching, lower division students anxiously re-up on their weeder courses with hopes that they’ll be able to declare their major. For those that don’t know, weeder courses are classes that generally aim to reduce the number of students who will declare high demand majors. While these courses leave some students in a precarious situation, they offer a fair basis by which the university can reduce the number of candidates for each major. Competition plays a huge role in in our life after college, and thus our preparation would be woefully inadequate without these classes.

Occasionally, people who oppose weeder courses contend that they disincentivize learning and force students to study just for the sake of achieving “the grade.” In some ways, the opposition is right on the money. It’s true that these classes, for better or for worse, have compulsory grade requirements, but it’s counter-intuitive to claim that attempting to get a better grade has a causal link to learning less. It’s far more pragmatic to argue the opposite: actually learning something (in lieu of memorizing concepts) will lead to a better grade.

If a student can’t get through a class by genuinely learning, then we have to consider the possibility that they aren’t cut-out for the major and the class is serving its prescribed function. It would be an understatement to say that some subjects are naturally more difficult than others (and STEM majors will never let you hear the end of it), so these classes are necessary to transition us into these majors.

While the benefits of weeder classes may be dubious in the short run, they definitely pay dividends in the long run. They spur necessary competition among students, which prepares them for the rigors of upper division classes and their careers.

The constant competition in these courses may lead to some anxiety in the present, but the students who struggled through these tough classes will emerge with polished fundamentals and will be sufficiently equipped for the trials and tribulations that await them. The fabled “real world” is not short of competition, so depriving students of that indispensable competition would leave them inadequately prepared for their post-graduate careers. It’s a blessing that we get the opportunity to dabble in competition while in a controlled environment, instead of being subjected to trial by fire.

Another benefit associated with these classes is that they allow for universities to accept more students in higher demand majors. Consider the alternative, a hypothetical situation where we unilaterally ban weeder courses from university curriculum. In this world, universities would just re-delegate the responsibility of ‘trimming the fat’ to the admissions department.

This is problematic two-fold. First, this would be a disaster for incoming students, as it would result in a huge shift in the number of students accepted into high demand majors. Universities would be forced to neglect potentially qualified candidates in order to meet the same numbers as before. Second, we would be relegating student selection to a subjective process rather than the objective process available in the status quo. Weeder classes, however challenging, give each student a fair shake, which is ultimately preferable to a subjective system.

No system can perfectly accommodate all students, and any utopian attempt to is unrealistic. Weeder courses may not be the perfect solution in the eyes of some students, but they fall far short of being detrimental to the student body as a whole.