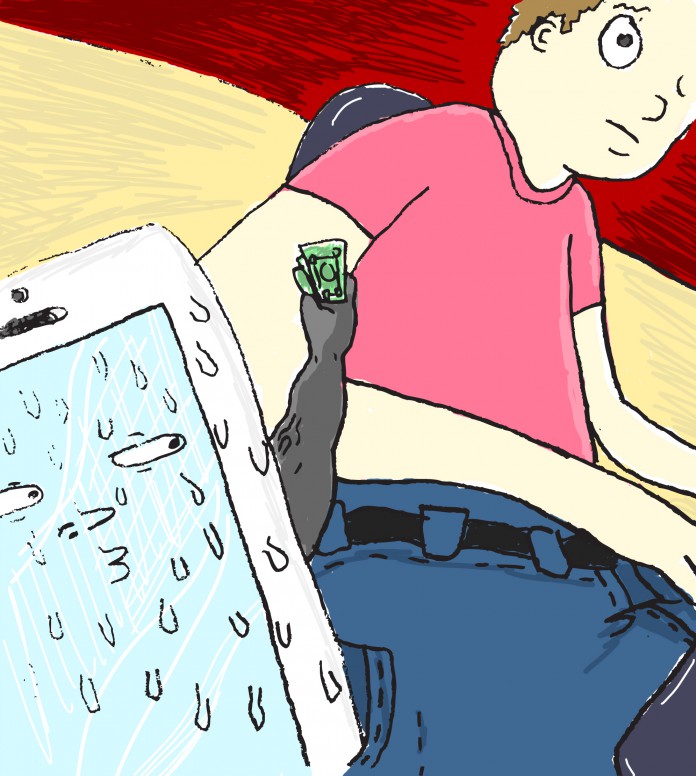 Losing focus in class is a universal struggle shared by students. The ubiquity of smartphones makes resisting this temptation all the more difficult. However, a new app has emerged that may actually harness the technology we carry around in our pockets in order to incentivize people to stay off their phones.

PocketPoints was developed by two Chico State undergraduate students, Rob Richardson and Mitch Gardner. The idea popped into Richardson’s head when observing his fellow students spending more class time looking at their phones than the lecturer, and has grown the concept into a nationwide app used at over 100 American universities, now including the University of California, Santa Barbara.

The point of the app is straightforward. Users are given points for keeping their phones locked during class, and these points can be used to purchase products or to get discounts at local and online businesses. With studies showing that students spend approximately 20 percent of class time on their mobile devices, it is interesting to see a smartphone app that rewards those who keep off of their devices; this may make PocketPoints seem a bit counterintuitive, the manifestation of a clever yet uncomplicated idea.  Businesses that currently accept PocketPoints in Isla Vista include Subway, Giovanni’s, IV Deli Mart, Woodstock’s Pizza and Coffee Collaborative.

The Bottom Line spoke to Griffin Mitchell, a regional sales manager of PocketPoints, who manages the app’s practices at UCSB and 14 other schools.  When asked how different stores benefit from the app, Mitchell illustrated how local businesses in college towns generally target the student market. Partnering with the app provides good publicity for these businesses, while helping them reach the their desired, college-aged demographic.

Approximately 1,200 businesses have partnered with the app, adding to its exposure while legitimizing PocketPoints as a reliable tool.  Over 100,000 students, at schools ranging from NYU to UCLA, have used the application despite it only being around since autumn of last year.

Like most popular apps, PocketPoints started off on a small scale. It was first used at California State University, Chico. After the app was downloaded by about a third of the student population attending the University, Richardson and Gardner saw the opportunity to expand, which they have done in a remarkably short time. Since then, PocketPoints has been featured in the tech sections of Time Magazine, The Washington Post and Yahoo! News.

From spring 2014 to fall 2015, the app was not only developed, but also adopted by dozens of schools nationwide. Businesses surrounding UCSB have been partnering with the app since the fall 2015 quarter.

Richardson and Gardner plan to continue expanding in the near future, and hope to get teachers on the PocketPoints bandwagon. While they may already expect students not to use their phones, additional advertisements for the app from teachers could have a positive impact on the classroom environment, for both teachers and students.

Although the app only recently began being used at UCSB — and has yet to take off here as much as it has at other schools — it would not take a stretch of the imagination to see it becoming popular in a college town such as IV.  Mitchell described the app as a “win-win-win”, referring to how it can benefit businesses, students and professors.

“I think it’s great that we have an opportunity to help college students,” he said. “The whole tech-boom is affecting our generation, and the classroom is not the time or the place to be distracted. It’s great that we can help the school and the students.”