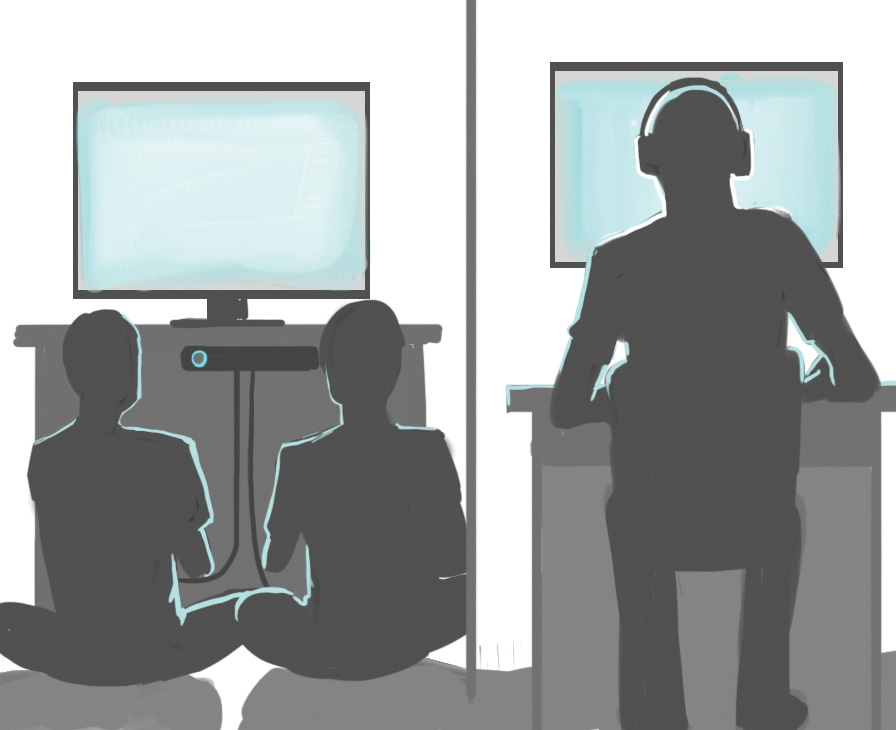 If you’re anything like me, you probably have many fond memories of gathering around with friends to play an exciting game of Super Smash Bros. or playing through the co-operative campaign of a Call of Duty game. However, the omission of a co-operative campaign in the recently released and highly anticipated game Halo 5: Guardians has raised many discussions about the importance of local split-screen multiplayer and how its inclusion affects games. While split-screen multiplayer is an enjoyable experience that can enrich a game, there are also a number of reasons why modern developers may choose more and more often to not implement it.

One major reason developers choose not to include split-screen in games is that its inclusion can force developers to compromise on other aspects of the game. This very reason was a large factor in why split-screen was left out of Halo 5, as franchise development director of Halo Frank O’Connor said, “[T]he time spent optimizing and addressing split-screen-specific issues would take focus from building other parts of the game.” Some games may also have performance issues or be forced to lower graphics quality to accommodate split-screen since it forces the game to render more action on the screen at any given time.

Another possible reason for the decline of split-screen in games is that some games don’t necessarily benefit from it, and the inclusion of a poor split-screen mode can cause a drop in the perceived quality of a game. One example is the team-based shooter Splatoon released by Nintendo in 2015. The game includes an interesting and unique single-player campaign as well as a tactical, well-balanced online multiplayer component. However, its split-screen multiplayer is a frustrating one-versus-one mode that feels entirely pointless beyond a quick laugh with a friend.

Split-screen modes can also compress the view in a way that makes the game difficult to play, especially when four players are sharing a small or medium television further cluttered by a user interface. In first-person shooters and other games that rely on positioning players looking at each other’s screens can also cause disputes and result in a fun gaming session turning sour.

While these factors may make the prospects for split-screen multiplayer seem poor, not all hope is lost. The games that are beginning to phase out split-screen multiplayer are mostly shooter games which often had questionable split-screen modes to begin with, and also include robust online multiplayer experiences. There are still many games on the market that provide a strong focus on split-screen gameplay, especially a number of offerings from Nintendo. While many may be disheartened by the removal of split-screen from one of their favorite series, those seeking fun games to play in-person with their friends still have a variety of options available to them, and this will likely continue to be the case in the future.