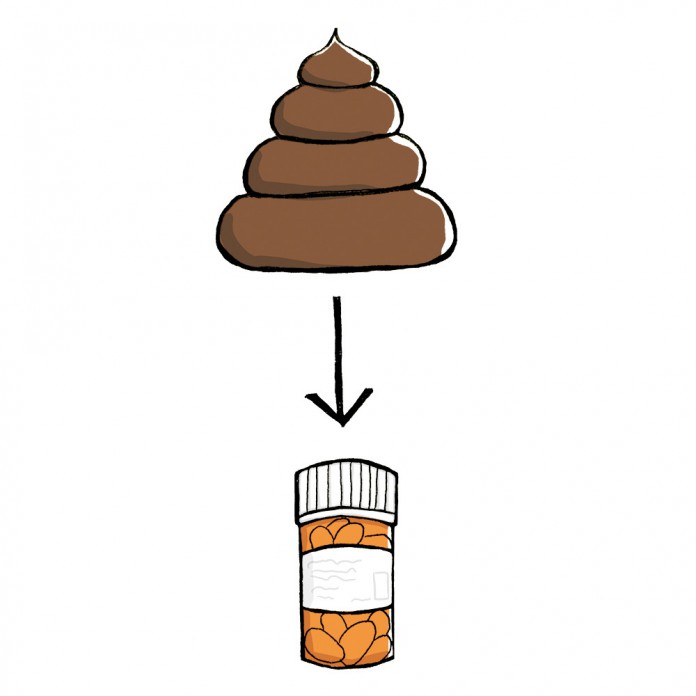 If you believe in the phrase “you are what you eat,” then you might not want to sample these new fecal transplant pills — which are, essentially, poop in a pill.

OpenBiome was started by Mark B. Smith, a doctoral student in microbiology. After witnessing his friend struggle with a Clostridium difficile infection, Dr. Smith was inspired to help make FMT more safe, efficient and accessible for patients.

According to the website, OpenBiome has two main objectives: “First, we aim to eliminate the practical barriers to fecal microbiota transplantation. Second, we seek to enable translational research into the human microbiome.”

Clostridium difficile, also known as C. difficile, is a bacteria that causes gastrointestinal infections. Symptoms include diarrhea, severe abdominal pain and an inflamed colon. This infection is fatal, and those who go untreated could die as early as a month after being diagnosed. Those most at risk include the elderly and patients receiving long-term care in facilities. In America, C. difficile claims about 14,000 lives a year.

A FMT works by transplanting the feces of a healthy donor into the intestines of a person with C. difficile. The microbes in the stool helps repopulate the good bacteria in the body.

Treatment has traditionally included antibiotics, but many strains of C. difficile have become increasingly resistant to the treatments. FMT’s are a last resort to treating C. difficile due to the invasive and time consuming process. Surgery consists of introducing a healthy donor’s fecal matter to the patient’s colon or intestine. This can be done through injecting a liquid solution into the rectum, or a colonoscopy.

“People are dying, and it’s crazy because we know what the solution is,” said Dr. Smith. “People are doing fecal transplants in their basements and may not be doing any of the right screening or sterile preparation. We need an intermediate solution until there are commercial products on the market.”

Even though the pill has yielded successful results, it is currently only sold to doctors. One dose costs $635, which is cheaper than other methods of FMT. Colonoscopies, another type of FMT, can cost upwards of $3,000 in some cases. The pill also provides a safer and more efficient option than do-it-yourself methods of FMT. Attempting this treatment at home can have lethal consequences.

So far, the Food and Drug Administration has not approved these pills. Interestingly enough, they have not deliberately sought action against those who wish to seek this treatment and those who administer it. It seems the FDA is aware of the limited options patients have with FMT’s.

Although the idea of ingesting a stranger or family member’s feces may seem bizarre, it is also life-saving. Don’t knock it until you try it.