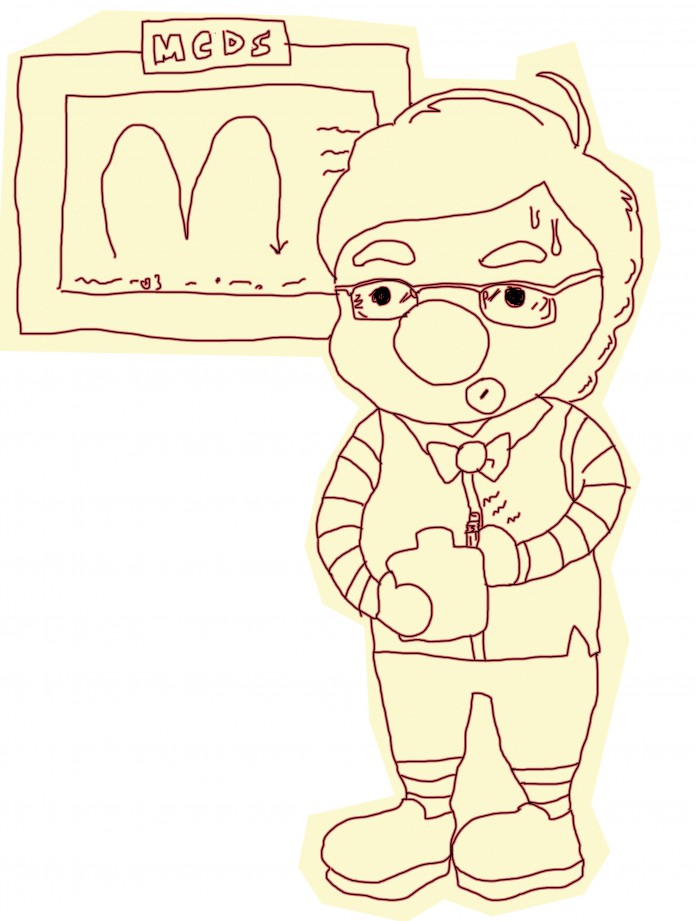 The sun never sets on the Golden Arches of McDonald’s, which, oddly enough, isn’t the only way the fast food chain is reminiscent of the late British Empire. But, despite its absolute dominance in the past, McDonald’s is becoming more and more eager to change. Recently, the company tried to bounce back from its second consecutive year of declining sales by initiating an all-day breakfast campaign. This, unlike most of its other attempts to revitalize sales, is actually teetering on the brink of success. While it’s hard to imagine the monolith ever fading into antiquity, its decline — no matter how drastic — would definitely lead to a brighter future for the general populace.

McDonald’s sympathizers would suggest that the franchise has promised to increase the quality of its food. And while I’ll admit that this may make McDonald’s a more palatable option in the future, I would still avoid the restaurant as its intentions seems to always be rooted in accruing profits.

This is not to suggest that businesses should totally neglect profit in favor of making decisions purely for the consumer, but they should try to show some sympathy. McDonald’s always follows the profit, whether or not it is detrimental to the consumer. It never cared to switch its chicken to an antibiotic-free counterpart when it was on top of the world, but as soon as its profit margins decreased as a consequence, it desperately and disingenuously switched its recipe to include the healthier alternative.

This is where Taco Bell puts McDonald’s to shame. In the past, Taco Bell furtively reduced the sodium in its products, not to garner publicity (guilty as charged, McDonald’s), but rather out of concern for its customers. In fact, the competing chain waited two years before publishing its change for the better. Taco Bell is by no means perfect, but at least it displays a modicum of decency when it comes to its customers.

McDonald’s, on the other hand, only promises changes in order to increase profits and purge itself of the harsh stigmas attached to its brand. McDonald’s has always carried the weight of these stigmas, which, over the course of its existence, have become synonymous with the brand. Furthermore, The corporation still continues some of these practices today, so it’s no surprise that sales have taken a hit.

As a chain, McDonald’s is notorious for its inflated portion sizes and nutritionally inept menu, both of which have been the recipient of scores of complaints. One of the most notable complaints was Super Size Me, a film in which one man embarks on a journey to eat only McDonald’s for a month.  Audiences watched him swell up like a balloon, and I couldn’t help but grimace as his stellar health gradually deteriorated over the course of the month. This visible display of the adverse effects of the food stirred up controversy, and rightly so. The backlash made McDonald’s think twice about its hazardous menu options, which then inspired changes in its menu. Such a knee-jerk reaction to criticism feeds right back into the primary point: major renovations in McDonald’s menu only serve to either save face of stuff face.

At a time when obesity is running rampant in the United States, we shouldn’t mourn McDonald’s dip in quarterly sales; in fact, we should celebrate it. McDonald’s, a staple in many people’s diets, has definitely had an impact on obesity rates in America. As such, we should continue to condemn it until it commits to genuinely caring for its customers. But until then, we should feel no remorse taking our business elsewhere.