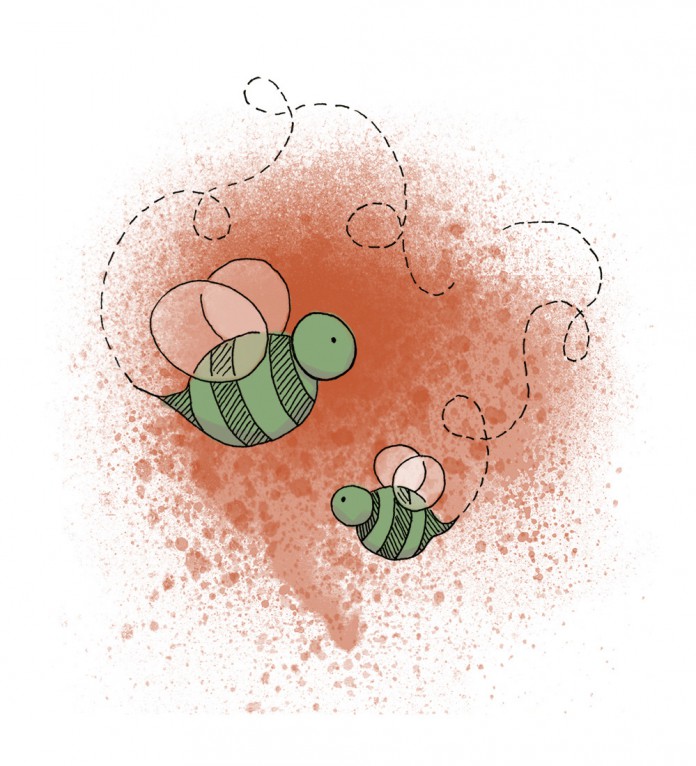 Tiny flies have been infesting honeybees with a parasite, causing the bees to lurch and stagger like zombies before dying. This parasite poses another threat to bees, whose population has been decreasing the past few years.

Honeybees have been facing mass extinctions in the past decade. In California, honey production has been reduced by half in the last six years. One of the biggest threats is Honeybee Colony Collapse Disorder (CCD), which occurs when worker bees disappear and leave the colony. The queen bee, along with the immature bees, remain in the hive. Without the worker bees, the colony cannot sustain itself and eventually the bees will die.

The Varroa Destructor is a parasitic mite that only affects honeybees. They suck out hemolymph, which is similar to blood, from bees and leave the bees to die. Another factor in the death of bees is malnutrition; some bees are not able to get quality nectar and pollen due to pesticides.

In addition to these threats, the new parasite kills bees in a different way than most. According to some scientists, the Apocephalus borealis fly assaults feeding honeybees and stores eggs in the abdomen of the bees. This causes bees to become disoriented, which then affects their behavior. After being infected, the bees leave their colony at night and fly around bright lights until they succumb to death.

What is observed between the fly and bees is not a new concept. In fact, this circumstance is known as host manipulation. In this relationship, a parasite is able to control the actions of its host. The emerald cockroach wasp has a similar effect on American cockroaches. The wasp uses the cockroach as feed to grow its larvae. The cockroach becomes lethargic and motionless until it dies. Usually, only the outer shell of the cockroach remains by the time the wasps hatch.

This occurrence has been observed on the West Coast of the U.S. with some sightings on the East Coast as well. To track the phenomenon, John Hafernik, a biology professor at San Francisco State University, created ZomBee Watch in 2012. He encourages citizens to report observations of the zombie bees by taking pictures and uploading them to the website.

The Zombee Watch website has three main goals: “To determine where in North America the Zombie Fly Apocephalus borealis is parasitizing honey bees; to determine how often honey bees leave their hives at night, even if they are not parasitized by the Zombie Fly; and to engage citizen scientists in making a significant contribution to knowledge about honey bees and to become better observers of nature.”

Many people have observed fly pupae emerging from the infected bees. Some bees even had adult flies come out of them. Contributors of ZomBee Watch have also seen the parasite affect yellowjackets and bumblebees.

There is still a lot to learn about this phenomenon, and scientists are also looking at the relationship between the zombie bees and CCD. Although there is no direct correlation, this could definitely be one factor propagating the mysterious disorder.

Researchers assure that the zombeepocolypse will not happen anytime soon.