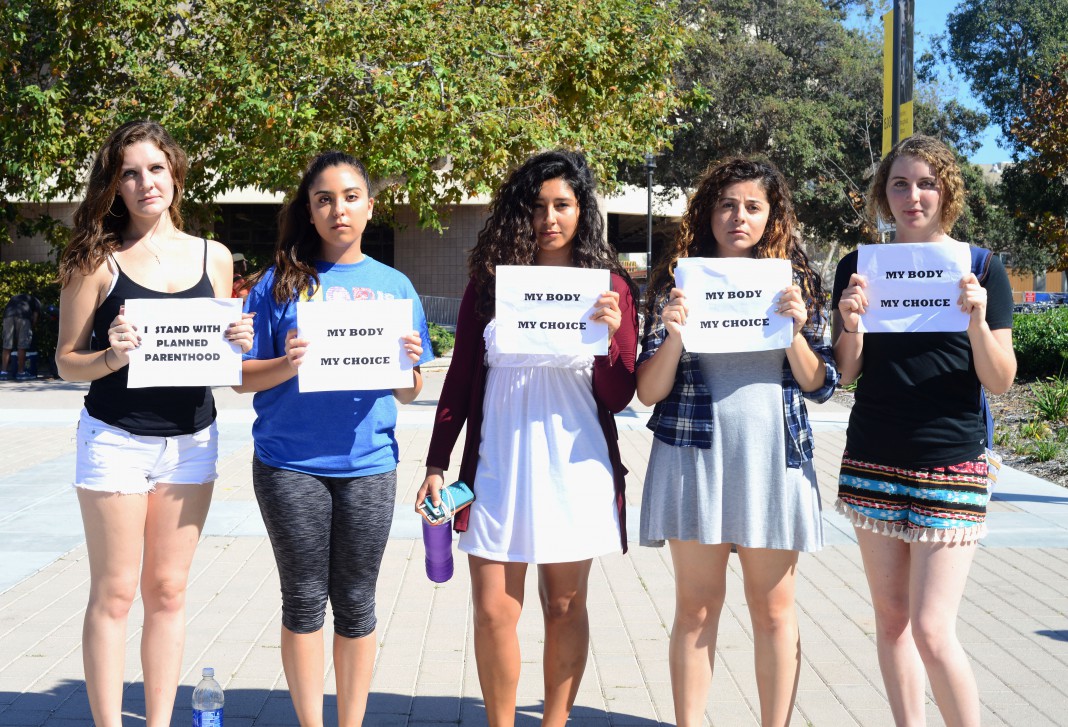 The anti-abortion group Project Truth appeared in the Arbor on Monday and Tuesday, Oct. 12 and 13, displaying graphic images of aborted fetuses in front of the library at the University of California, Santa Barbara.

The group was stationed in the Arbor walkway both days for approximately five hours between 9 AM and 2 PM, allegedly shoving flyers in students’ faces and calling upon them to protest against abortion. UCPD and Dean of Student Life and Activities Katya Armistead were called to the scene on Tuesday.

“We were talking about campus policy, and reminding them of the campus policy and what they cannot do,” Armistead said of her conversation with the pro-life group and UCPD. “We’ve gotten a complaint that one of their members had gotten closer to the library and the library had called to complain that they were not in the free speech area.”

Armistead said she had asked the demonstrators to stay within campus policy and the free speech area.

“He was contrary,” Armistead said, “because, and he is correct on this, we are a public institution and really anywhere except for inside buildings is a free speech area.” Armistead said that while she acknowledged that it wasn’t against the law to be on other parts of the campus, she urged the demonstrators to be cooperative and to remain within university policy, at which point the conversation became circuitous and unproductive. The UCPD officer on the scene said that if the demonstrators became disruptive then it would be possible for them to make arrests. The police would engage if there was a certain level of health and safety concerns or violations, according to Armistead.

The Office of the Student Advocate sent out a trigger warning via Facebook, warning students about the group and the graphic images displayed. Additionally, students posted messages to numerous UCSB Facebook groups, leading to lengthy comment threads and discussions of whether the group should be allowed to display the graphic images on campus. Some suggested that the graphic images were actually fetuses lost via miscarriage and not through an abortion procedure.

In an email sent to Armistead, Project Truth wrote that they would be setting up a display that required 10 feet of space, as well as providing information to students “who are interested in discussing the issue of the sanctity of human life.” However, the email did not include any details of the information nor did it warn Armistead of the graphic images that were displayed.

At approximately 2 PM, several students appeared at the scene to protest the group’s presence on campus as well as the display of graphic images. Loud chants of the pro-choice slogan “My body, my choice!” could be heard throughout the area.

Mira Goel, a third year biology and German double major, decided to protest after seeing a fellow student begin to cry upon viewing the images on her way to the library.

“I thought I would stand in solidarity to try to change something,” she said.

Like many students, while Goel believes in freedom of speech, she does not believe the group should be allowed to display their images at UCSB.

“I am not okay with this being on my campus,” she continued. “I am open to having people believe different things than I do, because I am pro-choice. I don’t mind if they come and advocate for pro-life. That is not my problem. My problem is the images that are being used that are very disturbing.”

“This is what we pay for, and for us to be harassed while going to the library — that is not okay with me,” Goel said.

According to Armistead, campus regulations are up for review this year and she will be emailing the campus community to ask if anyone has suggestions specific to campus regulations. “… people are welcome to make suggestions,” she said. “There’s a committee that’s representative of faculty, staff, and students … As changes are suggested, we’ll be having open forums. We did this two years ago. Nobody came, nobody made suggestions. So we’re hoping that we get more traction this year.”

Armistead’s final piece of advice for students is to talk to someone. “Go to CAPS, go to the Women’s Center, talk it through with friends. Be there for each other, support each other, because I know it’s really hard.”