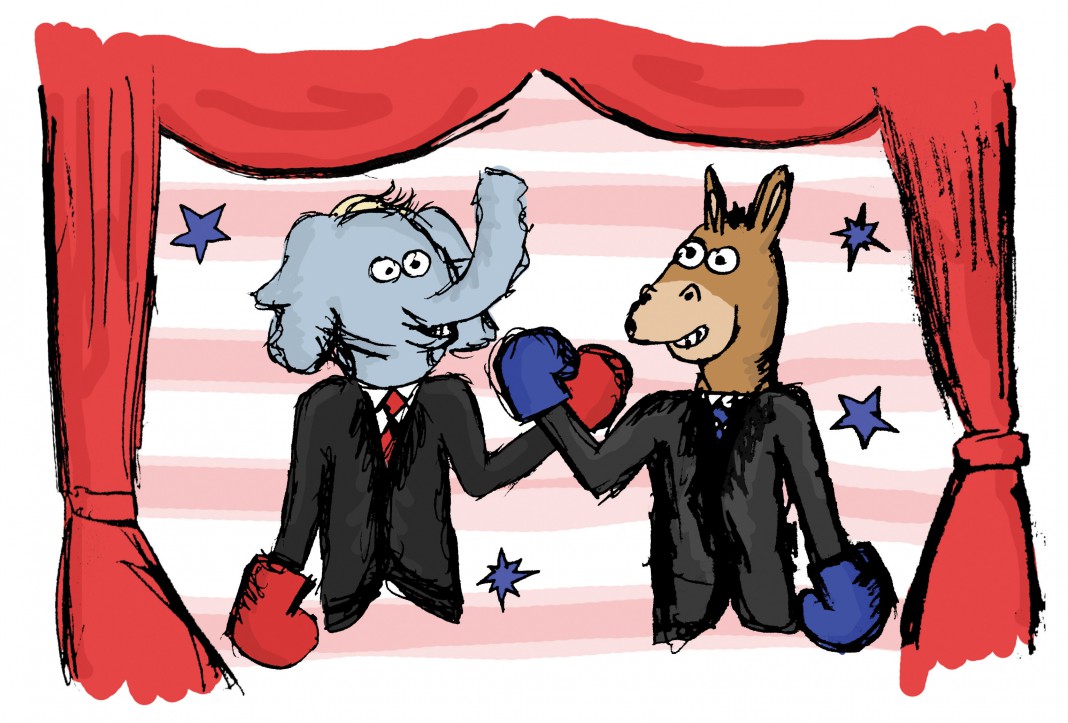 Carly Fiorina was the stand-out of the most recent GOP debate, her poll numbers surging as a result of her tremendous performance on the stage. One of her biggest lines of the night was a passionate attack on Planned Parenthood, in which she described a grisly video apparently displaying the depths of the organization’s heartlessness.

“I dare Hillary Clinton, Barack Obama to watch these tapes,” she said. “Watch a fully formed fetus on the table, its heart beating, its legs kicking, while someone says, ‘We have to keep it alive to harvest its brain.'” It was a line with instant appeal to the conservative base, doubling as both an attack on prominent Democrats and a vivid description of the cruelty of abortion.

Unfortunately, it was a sound bite with no substance. No such video exists. Of course, the facts have not stopped Fiorina’s rise. According to CNN, she is now polling second-highest among all Republican candidates.

Perhaps in a perfect world, political debates would have such fabrications corrected immediately, and sound bite moments would be nonexistent. Instead, discussion would take place around matters of the candidates’ individual policies. Rather than the night’s winner being the candidate with the best zinger, it would be the candidate with the most substance. The debate winners would be candidates who explain truthfully and in detail how their policy plans are preferable to the policy plans of their opponents, without having to resort to any underhanded tactics. Unfortunately, this is not the world in which we live.

Sorting through the policies of every presidential candidate takes time and effort, as each different prescription leads to different consequences for different groups of people. Many Americans simply do not have the time or motivation to look at all that information. A suburban mother is too concerned about taking care of her children and paying the mortgage to learn the difference between the tax policies of Jeb Bush and Marco Rubio. Perhaps that difference does not even really matter to her.

Of course, she can still appreciate a politician saying a line that helps justify her beliefs — a line she does not have to think about for very long. Perhaps if this suburban mother happens to be an evangelical Christian, she might hear Fiorina’s sound bite and decide to donate a few dollars to her primary campaign.

But ultimately, it does not really matter to Republican voters if Fiorina lied or not. Regardless of the facts, it was a good line. That is what politics is about: emotion over substance, the thrill of scoring a zinger on the opposing side. It is almost like rooting for a sports team. People on both sides of the aisle hold certain beliefs and just want somebody to come justify those beliefs through pandering sound bites. Successful politicians are remarkably adept at playing to the needs and desires of their constituents. They use sound bite lines because they understand that these line up votes more successfully than any dry description of policy ever did.

This is not a new phenomenon in American politics. Even our founding fathers threw content-less zingers at each other. In the 1800 Presidential election, Thomas Jefferson and John Adams both threw slanderous insults at one another, with accusations of cowardice and foolishness thrown recklessly. The founders of our very democracy understood how elections were won: not through rational discourse, but through attacks against the other side.

Carly Fiorina knew exactly what she was doing when she made her fallacious remarks, she knew exactly who she was appealing to, and it worked. Our debates are a reflection of our desires as a populace, and the debate’s flaws are our flaws. Fiorina’s zinger was just a reflection of the views of her base. In fact, you may just say she was being a good politician.