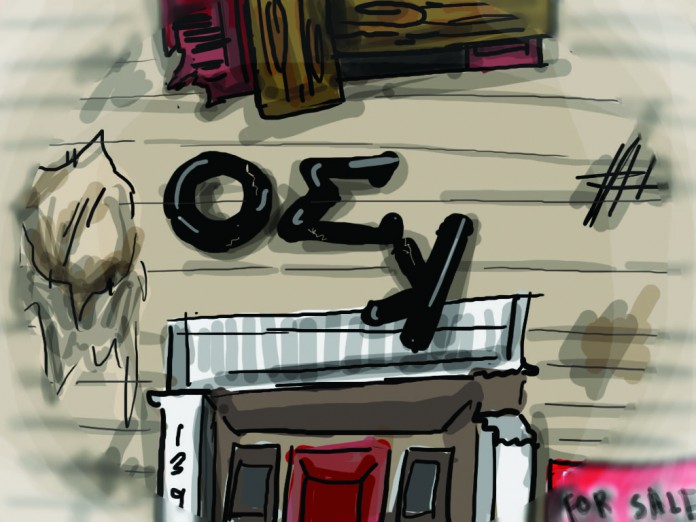 Greek life is not for everyone; while it’s a different experience at every university, members enjoy their time in a fraternity or sorority. Fraternities, however, have been causing trouble nationwide, including here at the University of California, Santa Barbara. Three of them have been shut down here since the start of the school year (Nu Alpha Kappa, Beta Theta Pi, and Phi Sigma Kappa), reflecting poorly on the university’s Greek system as a whole.

It is well known that the Inter-Fraternity Council (IFC) and the university have a “strict” no hazing policy, but recent events suggest that the policy does not have much of an effect on individual chapters on campus. Although it is unclear why Phi Sigma Pi was shut down, Beta had an incident in which two pledges were hospitalized for alcohol consumption. The third fraternity shut down this year was Nu Alpha Kappa, which had an alleged rape scandal that resulted in their disbandment. Because Nu Alpha Kappa is a multicultural fraternity, it is not considered part of the “Greek” system; however it is still a fraternity at this university, furthering the need for institutional changes to be made school-wide.

Events that compromise the student’s health and safety should never be permitted at UCSB; furthermore, the events’ association with fraternities should be even more of a cause for concern given the strict non-hazing and social conduct rules. Clearly, enforcement by the Inter-Greek Council (IGC), IFC and the University is an issue. What if members of IGC or of other councils such as the United Fraternity-Sorority Council (UFSC) monitored fraternities? Would these events still happen?

Of course, it is not just at UCSB where things like this happen, but starting with one school is better than none. One obvious problem is that the fraternity councils in charge of the individual chapters are also current or former members of Greek life. This makes sense considering the situation, but perhaps there is a need for a group that monitors or reports on fraternities that does not associate with that group. If a group like this was created, there might be more opportunity to report on the happenings of Greek life without bias or fear of getting in trouble on the part of members.

It is clear from UCSB’s Greek Life website that there are specific rules that constitute exactly what “hazing” means, and if any of these things are done, the organization is liable for punishment. A lot of the things on the list are not uncommon in “initiation” practices that students talk about, but they are never reported. There is also a rule against having alcohol at social events where 30 or more people are present on Greek property, which likely happens every night of the weekend at frat houses throughout Isla Vista and is probably the reason for the other incidents that happen on fraternity property. If the university made it more apparent to the general public that these rules are, in fact, things that could get fraternities into trouble, perhaps party-goers would be more likely to report them, and there would not be as much of a problem.

It might take away from the “frat party” culture of Isla Vista if more people started reporting fraternities for breaking the rules, but it would also make IV a lot safer. Three fraternities have already been disbanded, so it is doubtful that people want the other ones to get disbanded as well. If they do not throw as many large and reckless parties, there likely wouldn’t be as much sexual misconduct and noise violations. If people started reporting fraternities more frequently, and if the university took more initiative to encourage this, the parties would not necessarily stop, but become a bit more welcoming and safer than they currently are. Hopefully, with the recent crackdown on fraternities, these things are already taking effect.