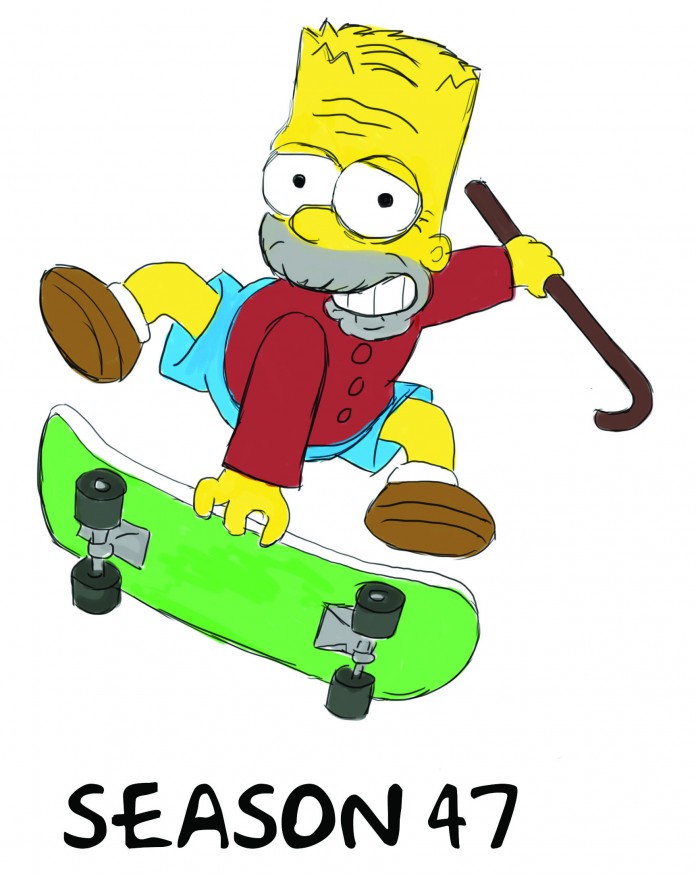 Fox’s The Simpsons seems like it has been on the air for an eternity—because, well, it basically has. The once-heralded adult cartoon show is currently in its 26th season and Fox has just announced that it has renewed the show for another two years. As a longtime lover of Springfield and its array of yellow cartoon characters, this should be an exciting announcement—but it’s not.

Thinking back to the glory days of The Simpsons really paints the current state of the television show in a dismal and bleak picture. A lot of it is simply because of the fact that the show has been running too long; even the wittiest and most intelligent of writers and producers will one day run out of ideas. But that is exactly where the problem lies: 25-plus years is a long time to sustain a successful, and fresh, television program. Why else would the writers turn to cheap jokes, senseless plot lines, and a distinct lack of character development? Is Homer ever going to have a redeeming quality ever again? How many times do we have to see Marge grow disillusioned with her self-imposed, boring housewife role, try to crawl out of that hole, and then fall back again? When is Bart not going to be annoying? When will Lisa stop being pretentious and stop protesting everything? When will Maggie speak?!

In all seriousness, The Simpsons used to be about something: it used to be about a family that was yellow and dysfunctional and funny but that somehow we could look at and still relate to. Now the Simpsons are just… cartoons. They have shallow motives that we don’t understand anymore, they are caricatures of their former selves, they’re annoying, and they simply cannot captivate an audience anymore because there is nothing there for an audience to relate to. The Simpsons used to draw viewers in with its witty humor and unapologetic satire. It used to be smart—now it’s as empty as Homer’s head is getting every episode.

In 1989, when the show first premiered, it was a hit because of its cutting-edge, outrageous humor and fresh ideas. It was a parody of the actual American family, and a breath of fresh air from the more traditionally functional families that dominated the sitcoms of the late-eighties and early-nineties. Its character development, especially with Homer and his relationship with his wife and children (i.e. “Lisa the Greek” and “Maggie Makes Three”) was touching and extremely human. It also helped to create a huge fanbase for primetime, grown-up, animated programs, leading the way for other shows such as Family Guy, South Park, and King of the Hill to gain success. Even though The Simpsons was the king of primetime animation, it should step back and let other shows like Bob’s Burgers take the spotlight now.

In a perfect universe, The Simpsons would have dramatic changes made to its writing in order to go back to its golden age sensibilities, when comic geniuses like John Swartzwelder and Conan O’Brien wrote for the show, and when Matt Groening, James L. Brooks, and Sam Simon were more thoroughly involved. But unfortunately, that doesn’t seem like it’s going to happen anytime soon. Preferably, the golden show should be put to rest and allowed to die a dignified death. After 26 years of gracing our screens, it is time to us to say goodbye to everyone’s favorite yellow family, the Simpsons.