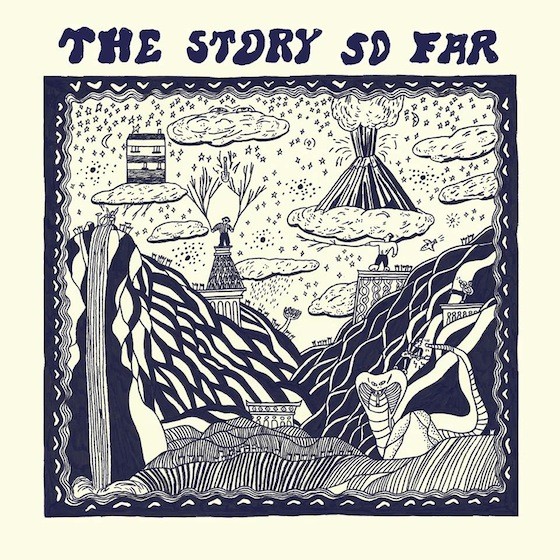 It appears that the boys of pop-punk band The Story So Far have done it again, releasing new music just in the knick of time for summer. The Walnut Creek, Calif. band has recently published a full preview of their new album on their website, courtesy of their label Pure Noise Records. The eponymous album is set to officially hit the market on Tuesday, May 19.

This album will be the band’s first full-length record since 2013’s What You Don’t See, despite the short acoustic album released this past summer.

The album kicks off with the intense tribalistic drumming of former University of California, Santa Barbara student Ryan Torf in the opening song “Smile.” The album later kicks into the heavy bass guitar of “Heavy Gloom.” For the most part, many songs such as “Distaste,” “Mock,” and “How You Are” share a very similar sound.

However, the songs “Nerve” and “Solo” break from the typical structure of an elongated introduction followed by the assertive vocals of front man Parker Cannon.

In fact, this particular record seems to be a bit less aggressive overall, compared to the fast paced sounds of What You Don’t See and 2011’s Under Soil and Dirt. In a few songs, the band switches up their classic upbeat sound by substituting slower, mellow beats.

The band completely breaks every expectation one might have with the relaxing tones of the soft song “Phantom.” This track has a sound unlike any other song the band has ever created. Although a slower song, it is extremely distinct from the smoother tones in “Dark Blue” from the acoustic album, and “Clairvoyant” in The Story So Far vs. Stick To Your Guns. This unexpected track surprises the audience with bit of a Title Fight-like twist. This particular track also strings out the “blue” theme present in Songs Of by repeating the saying “got me so dark blue” in the chorus.

Clearly the band knows exactly how to appeal to their audience by repeatedly creating similar, but equally successful songs to jam out to. However, the new effort in experimentalism is still noticeable. The boys do a great job at keeping their steady sound while still attempting to create something new.

It is definitely safe to say that The Story So Far has come a very long ways since their first EP, While You Were Sleeping, in 2010. In fact, they are currently headlining on a tour across the U.S. with hardcore band Terror, pop-punk band Four Year Strong, and the Carpinteria-based indie-rock band Souvenirs.

Over the past five years, the band has grown not only in fan base and popularity, but also in their message and sound. With deeper, heartfelt lyrics, the band incorporates a more emotional aspect into pop-punk culture.

Despite the slight adjustments, the artists still manage to maintain their positive mantra with the classic speed of punk and the sounds of alternative rock. As their music continues to grow, the passion and authenticity of this underground genre remains the same.