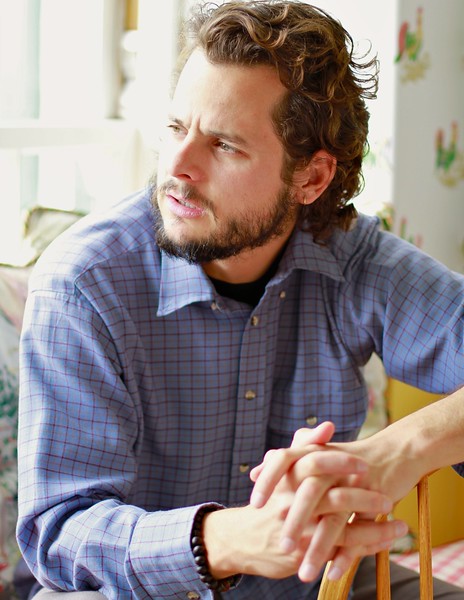 University of California, Santa Barbara College of Creative Studies lecturer Teddy Macker’s debut poetic volume, This World, strips our world down to its essential beauty: that of trees, birds, fish, and the human body. By zooming in on the minute and natural, Macker conveys that our pursuit of beauty in this world need not aspire to lofty fine art or complex engineering marvels, but rather the simple miracle of life itself. Granted, creative sophistication and technology are crucial signs of human progress, but the speaker of the titular poem “This World” tells us that we have already found “the kingdom we’ve been looking for.”

Macker’s language is equal parts enchanting and mystical, as seemingly mundane objects and occurrences are both exalted and celebrated as irreplaceable parts of life. The free-form, vignette style of “Mikey,” “Fig,” and “The Poet Game” are precious memories that, through exquisite sensory expression, carry with them a deep-seated nostalgia. Their prose-like form makes them no less remarkable. “Numen (I and II)” are like extended haikus—snapshots of fleeting, beautiful, everyday moments that we often overlook as merely “ordinary.” “Numen III” incorporates similar images in a minimalistic style. But whatever the style, they manage to situate these intimate episodes in readers’ own lives, rather than keeping us at a distance.

To me, the most striking poem was “The Way of Quiet,” which is a cry for the humble, pastoral life that the ambitious pass over for wealth and power. The speaker of this poem prays for a life that will remain simple and blissful until death, and is content without the decadence of the rich. In this poem we notice echoes of antiquity, achieved through ancient mythological and historical references, and its resonance with Shakespeare’s Sonnets 29 and 73, which deal with the wealth of happiness and the sorrow of passing into old age. Chock-full of symbolism and imagery, “The Way of Quiet” is a fascinating close read.

Words can capture only so much of the timelessness in these poems. Personally, I hope as many people as possible read these works, which, like most art—as Macker put it—“help loosen the scales on our eyes so we might see again: see that all is holy, that all is strange, that all is miracle.”

In addition to reading an advance copy of the collection of poetry, I was also lucky enough to get a chance to interview the author, Teddy Macker:

What prompted you to create this book?

That’s like asking the persimmon tree: why persimmons? Impossible to say. The wind bloweth where it listeth.

What was the process of writing these poems? Over what time period did it take to write/compile, and how did you choose to structure parts 1-5?

I’ve been working on this book for years, in fair weather and foul. To create a little flower, said William Blake, is the labour of ages. This World was the labour of ages. Some of the poems are 10 to 12 years old. Some are newer. All have been toiled over. (Like many a writer, there are few things as voluptuously gratifying for me as fussing with language, as nailing an adjective or phrase or line-break or bit of punctuation. So when I say “toiled,” I should add that it was toil not without its share of pleasure, too.) And I don’t have a reliable clear-cut process. Stephen Crane said he confined his abilities, such as they were, to the diamond. That’s been my quest, too. As for structure, one might say the book heeds the cycle of the seasons. There are poems of spring, poems of summer, poems of fall, and poems of winter. And then, finally and again, poems of spring …

Many of these poems, I’ve noticed, are reminiscent of Shakespeare’s, Yeats’, and Auden’s poetic matter, to name a few. Who/what are some of your poetic inspirations?

There are so many. Hundreds at least. A few lesser-known writers are particularly dear to me. Jean Giono, a French writer, known for his novels; John Cowper Powys, British, also known for his novels; Charles Reznikoff, an American poet; and Adelia Prado, a Brazilian poet who’s still alive. I stand in awe of them. Whenever I read their work, I feel returned somehow, returned to the “wakan,” the holy spirit, the great mystery.

What do you believe to be poetry’s role in our world today?

Poetry, like music, like painting, has no one particular role. Some old poems tell you when to plant your crops, some tell you how to make love, some help incite revolutions, and some thaw the frozen sea of the human heart. And some artists—whether it’s moviemaker Terrence Malick or folksinger Luke Redfield or poet Linda Gregg—help loosen the scales on our eyes so we might see again: see that all is holy, that all is strange, that all is miracle.

What other projects are you working on?

A handful of things: a collection of short stories, new poems, and a couple translations slated to appear in UCSB’s “Spectrum” and “Into the Teeth of the Wind.”

How would you advise us as students to see the world?