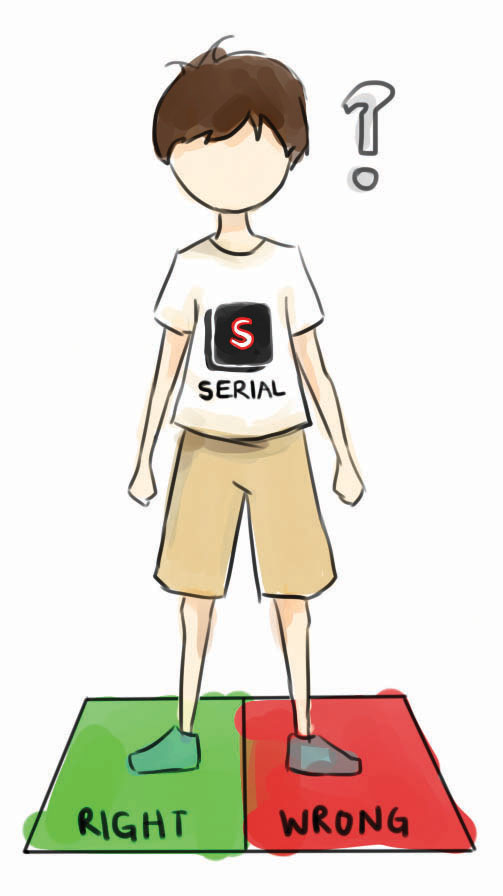 Adnan Syed will be able to file a request to re-open his case.

If the above statement means nothing to you, stop whatever you are doing and go listen to a podcast called Serial.

Created by Sarah Koenig, a former producer of the popular radio show This American Life, Serial brings to light the case of a man named Adnan Syed. He is currently serving a life sentence for the 1999 murder of his high school girlfriend, Hae Min Lee. Serial entranced listeners across the world from its first episode released in mid-2014. Over 40 million people downloaded the series in 2014 alone, accordi
g to CNN.

I began listening to the podcast after only two of the 12 episodes had aired and was hooked immediately. Koenig weaves the details of the case together with care, presenting listeners with a true-crime murder-mystery. Syed has maintained his innocence from the time
of his arrest in 1999 until present day. Serial presents two tragedies to listeners: the violent death of a young woman, and the life sentence delivered to a possibly innocent young man.

As of May 18, the Maryland Special Court of Appeals has allowed Syed’s case to be returned to a lower Maryland court, which means that Syed will be able to file a request to re-open his case and present new evidence. Many have credited Serial and its notoriety with this development, for though the case for appeal had been ongoing at the time of Serial’s initial broadcast, the podcast shed new light on a case many had written off as solved.

Over the course of the podcast’s popularity, the ethics of Serial were called into question by commentators across media spectrum and Lee’s younger brother, in a posting on the website, Reddit. Many called the podcast ghoulish for treating the subject of a murder with a titillating, murder-mystery spin. Koenig maintained that she and her team worked to be as professional and respectful as possible. Still, as an avid Serial listener, imagining the impact on Lee’s family brings out a gnawing feeling in me. Having the most terrible part of one’s life re-hashed and broadcast to the world, week-by-week, is unfathomable.

Yet, are Koenig’s actions any more exploitive than your average nightly news cast that hones in the most brutal, gruesome, and shocking events of the day? A fatal car crash that leaves a family dead, a landslide that ends in the destruction of homes and businesses, a school shooting—who gets to draw the line and say that that reporting is ethical, but Koenig’s attempts to investigate a murder are not?

In Episode 7 of Serial, Koenig interviews the head of The Innocence Project at the University of Virginia Law School. The lawyer ex
plains that the first thing her team does when working on a new case is return the accused’s “presumption of innocence,” as this will allow them to look at the case from a perspective unsoiled by assumptions, representations in the media, and police suppositions. It is important to note that Koenig is not working to exonerate Syed through Serial, but rather she is seeking to determine what actually happened—whether he killed Lee or not—because a host of evidence speaks to the fact that the case was not investigated fully. In bringing Syed’s case into public view again, Koenig is ensuring that justice, for Lee and Syed, is served.

Herein lies the value and necessity for journalists like Koenig. After the trials and Syed’s subsequent conviction, he was branded a murderer. On the podcast, Koenig interviews friends of Syed’s who talk about the fact that while they believed they knew him and couldn’t possibly imagine him killing Lee, they struggled to reconcile the person they knew with the now convicted murderer. After all, he received a guilty verdict. Koenig also shows that as time passed, more and more people actually believed that Syed had to have been guilty—because he was convicted—the guilty verdict changing his memory in their eyes. Through Serial, Koenig humanizes Syed in a way that the media very rarely does for convicted murderers, especially convicted murderers of color like Syed.

Ultimately, Serial revealed that there was something wrong about Syed’s case, and a Maryland court vindicated that revelation. I applaud Koenig for creating a powerful series that not only is gripping emotionally, but also shows the fragmentary nature of the criminal justice system in the U.S. In my book, that’s what good journalists and storytellers do: reveal systemic issues while also capturing the humanity of the situation at hand. So really, do yourself a favor and go give Serial a listen.