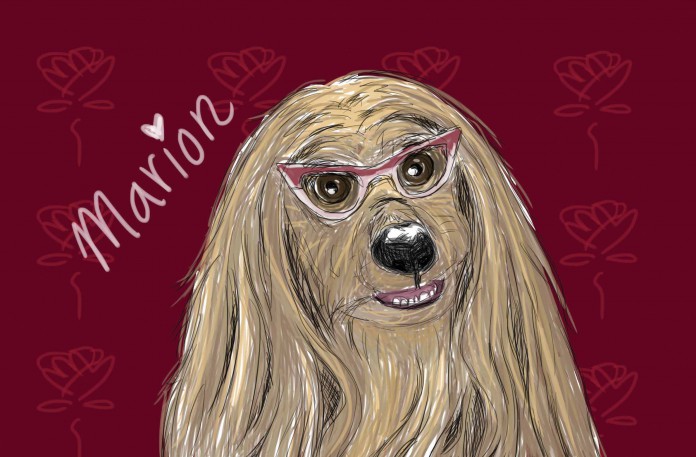 Last month, in a seemingly strange move (and an even stranger one once you actually watch the show), Netflix picked up the BBC comedy show, Pompidou, for its streaming site. The show follows the misadventures of rich man-turned-poor, Pompidou P. Pompidou, his butler, Hove, and his sometimes real, sometimes animatronic anthropomorphic dog, Marion. The trio live in a dilapidated trailer in front of Pompidou’s old estate and are constantly on the hunt for new ways to find food or make money. What reads as a mundane comedy gets a twist thrown into it as the show focuses entirely on visual jokes rather than dialogue—all of the characters are either silent or speak a mix of random phrases and gibberish. While it seems like Netflix has taken a risk in branding such a unique show with its title, “A Netflix Original,” the question remains on whether or not you should bother to watch it.

If you’ve seen the show title come up on your Netflix screen and have been curious to watch it, you may want to stop and ask yourself 3 questions: First, are you under the influence of any “substances”? Second, are you so desperate to procrastinate studying for your midterms that you would consider watching literally anything? And third, are you, in fact, a small child? If you answered ‘yes’ to any of these, then by all means, Pompidou may be a great show for you. At the very least, it makes for a laughable, “What the hell did we just watch?” afternoon for you and your roommate.

The show’s opening episode sums up the series’ over-the-top humor. Pompidou, played by Matt Lucas (you may recognize him as Kristen Wiig’s roommate in Bridesmaids), and his butler, Hove, attempt to find food after realizing they have nothing to eat. At one point, Hove swallows a bird (yes, a whole bird) and has to be taken to the hospital. Here, the show has its first laughable moments. Pompidou eats the food of a patient who can’t see, and he later poses as a patient to try and get more to eat. When he leaves to change into a hospital gown, he grabs scissors and returns with the gown fashioned into a suit and top hat. He later impersonates a doctor to move up the time of Hove’s surgery and gets stuck having to clumsily remove a bird from his butler himself.

While the show offers a refreshing change in comedy television, much of the humor falls flat or leads to predictable scenarios. Certain jokes of the show come across as awkward when they have no dialogue to support them and it’s guaranteed to confuse at least a few viewers. One of the best background jokes throughout the show comes from the dog Marion who is typically depicted wearing glasses, reading intellectual books and looking down on her owners, but she receives too little screen time and the switch between real dog and animatronic is often creepy. While the show offers some laughable moments, a majority of the jokes are over the top and silly to the point that they would play out better to a Disney Channel audience rather than adult Netflix streamers. If you are looking for a new show and still want a bit of British humor thrown into it, pass on Pompidou and give Scrotal Recall a chance.