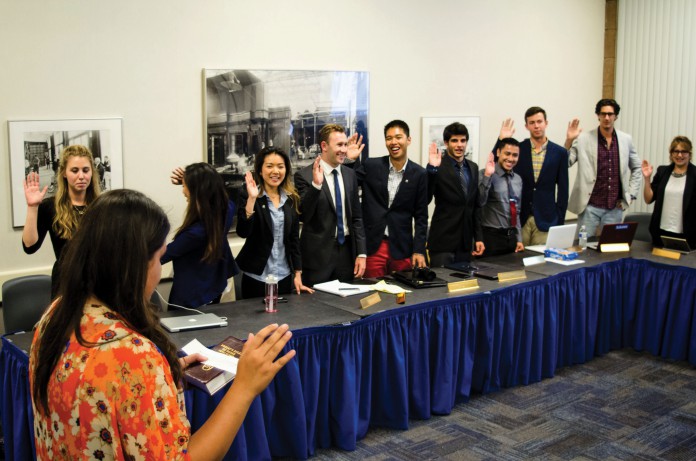 A Resolution to Re-Establish the School Supply Vending Machines Group Projects is intended to create a school supply vending machine that would be located in the Pardall Center, allowing students to purchase Parscores, blue books, and other testing materials. The project was initially planned by former On-Campus Senator Matthew Santos, who is currently the student sponsor for the resolution, and pitched to the 2014-2015 Senate. The current project is a continuation of these efforts.

According to Santos, throughout the 2015-2016 year, he, Ninh, and Wright will be working to evaluate the inventory of the machine to see what else needs to be implemented and modified, and to find out what to do with the revenue generated from the sales.

“So when my Senate addressed the question of what to do with the revenue that was generated by the vending machine units, we wanted the revenue to go toward offsetting any student fees,” said Santos. “That is, we want the money to go to the AS Innovation Fund, which has the purpose of offsetting student fees through the generated interest.”

Minoiefar and Mariano’s resolution aims to motivate AS to vocalize support for AB3, which stipulates that Isla Vista, currently an unincorporated community in Santa Barbara County, should begin its move toward self-governance. The assembly bill proposes that IV become a community service district, which will allow it to start taxing certain products and services in order to generate revenue for the community, which may be used to implement services such as a better parking program, police and firefighter services, and improvement of community infrastructure, such as sidewalks, lighting, and storm drains.

Ultimately, the resolution was amended to reflect more positive language, and approved by consent to be tabled for next week, following a failed 4-17-0 vote to send it to immediate consideration.

“It’s the top priority for IV in the long term,” said Mariano.