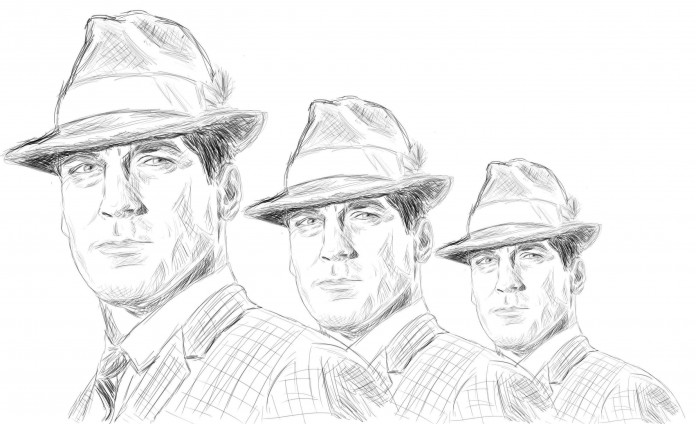 The final half season of AMC’s drama series Mad Men premiered Sunday, April 5, ushering in the end of one of the greatest and most influential shows in television history. AMC has been marketing the final season as being “The End of an Era,” and though seeing this tagline during every Better Call Saul commercial break has grown tiresome, the sentiment holds true.

When The Sopranos wrapped up on HBO in the summer of 2007, there was a void in television’s field of so-called “prestige dramas”; it was Mad Men that would establish itself as TV’s next groundbreaking series, helping to bring about a transformative period for the medium’s landscape. The universal acclaim garnered in the show’s early years gave AMC the clout to air other daring shows such as Breaking Bad and The Walking Dead. The four consecutive Emmy awards for Outstanding Drama Series showed that high quality drama series were not the exclusive property of HBO, opening the gates for ambitious shows to air on other cable channels such as FX and, eventually, on streaming services like Netflix and Amazon.

However, despite helping establish what TV writers have dubbed as a new “Golden Age” of television, Mad Men enters its final season seeming out of place when viewed in the context of other series on air today. The qualities that made the show so fresh when it premiered—its richly developed characters, its thematic complexity—are now offered by other prestige series (though I’d argue to a lesser extent) such as Game of Thrones, True Detective, and more. But additionally, these other series also provide plots that are more viscerally appealing. When asked what Mad Men is about, we would say that it’s a period drama set in 1960s New York, centering around advertising agent Don Draper and his associates, both professional and personal, and how they live their lives amid the social upheaval of the decade. Despite the booze hounding and the philandering involved, this is still decidedly less exciting than dragons, nudity, and Matthew McConaughey spouting nihilistic philosophy and investigating a devilish cult in Louisiana’s underbelly’s underbelly.

Mad Men is a show that deals in subtleties and subtext, where the only shots fired are verbal. There are memorable moments of random violence (a riding lawnmower running over and maiming a foot in season three comes to mind), but the show’s biggest payoffs come in the form of things as little as a knowing glance, or a dance shared between two characters set to Frank Sinatra’s “My Way.” The series meanders and digresses more than your professor during office hours, and the lack of frequent, substantial plot progressions lead some to criticize the show on the grounds that it is “slow”; absolutely, the show is slow, especially when compared to the maneuverings of Frank Underwood in Washington, D.C., or the creation of Heisenberg’s blue crystal meth empire.

But it’s a mistake to automatically attach a negative association to slowness. Shit, life is slow, and it is in the long-form narrative of Mad Men’s character arcs that the show’s brilliance truly shines through. Over the course of the show’s eight-year run, we have seen Don Draper’s attempts at personal change leading only to temporary change, if any at all. We’ve seen how his fateful decision to assume the identity of Don Draper and leave behind his life as Dick Whitman motivates his choices thereafter, as he is constantly looking for a way to escape a problem rather than adapt in response to it. We’ve seen how his occupation reinforces his escapist tendencies, as it has instilled in him the erroneous idea that happiness is accomplishable through things and ideas. In the more recent seasons he has made positive steps towards real change, and over the next few months, we’ll see if Don is finally able to break through and find peace.

It is Don’s internal battles, along with the ones waged by other characters in their own lives, that constitute the real heart of the show and make it truly unique. The conflicts the characters face in Mad Men are not fantastical, criminal, or dangerous. Instead, they are extremely ordinary to the human experience, existential questions that pertain to happiness, fulfillment, and identity. In a recent interview with HitFix.com’s Alan Sepinwall, Mad Men creator Matthew Weiner argued that though his show played a large role in influencing what is on television today, it is still “the only show of its type,” and he is correct in this assessment. In a period of television addicted to binge-watching and tightly plotted stories and resolutions, Mad Men’s commitment to a slow, drifting examination of its remarkable characters and complex themes will be its greatest legacy.