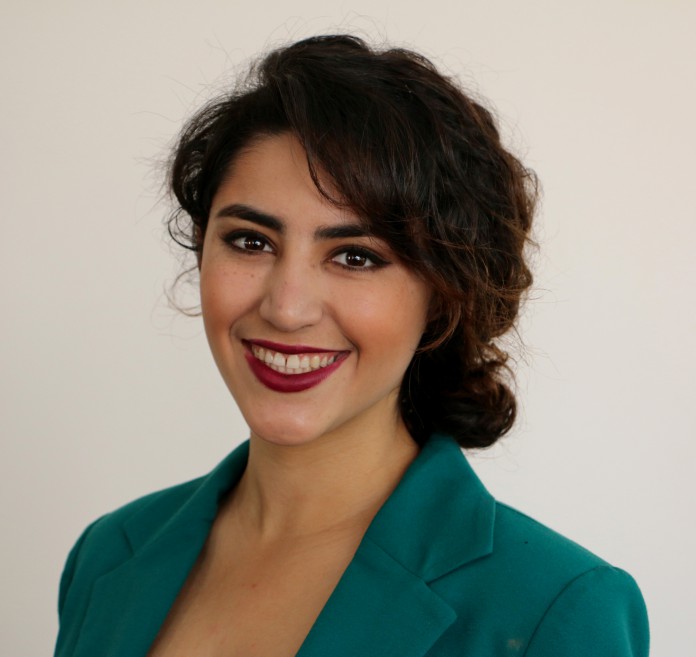 I’ve been asked this question a couple of times already. So I’ve seen the office throughout the years and how it’s worked as an outside observer and I value a lot the work that the office does. I believe that case work and the opportunity to work one-on-one with students is something very unique in comparison to the other offices and I believe that it gives you the opportunity to create individual change which I believe is extremely important and that’s one of the reasons why I’m running for that–to continue that work. And another reason I’m running for it is because, like, my skills and my experiences can bring back, can bring the the advocacy to the student advocate general’s office. I feel like my experiences are very different, however, I think that those experiences are very much needed in an office, especially right now where so many things are going on in terms of tuition hikes where mandatory pell grants are being cut and 9.5 million students depend on that program and where sexual assault and rape culture is such a big problem here on our campus and out in IV and our institution’s judicial affairs they’re doing very little about it and they’re not enforcing their policies so I feel like to actually combat these issues and to do something about it you need someone who has been a student organizer for the past three years here in Santa Barbara who has worked with the National Student Association of the country and has been trained by grassroots leaders how to organize, how to put out demands, how to get the things that you want in order to better the experiences of students here in college because we are paying tons of money for something that is a right and not a privilege. And so I think that my experiences would be very beneficial for how tense things are right now.

While I’ve been campaigning, and also throughout the years, I feel like the office that probably gets the least amount of attention or at least isn’t known is the Student Advocate General’s office. And that might be because the work that the past SAGs have been focusing on, and that is case work, where casework does have to be a confidential thing. I believe that the SAG position is a resource for students and I believe that… so one of the questions at my forum was, “What type of resources should we cut?” And I don’t think we should be cutting any of our resources, we should be continuously advocating to keep them because we pay for them. And I think one of the problems is that the conversation is going towards “Which ones should we cut?” and it’s not about cutting, it’s about keeping them and also bringing more awareness to which resources students actually have, and that’s this particular position, not a lot of individuals know about it. And so I think students should know how many connections, how many opportunities a Student Advocate General can give the students. Because a Student Advocate General is not just an individual who handles cases, it is the advocate of the student body. And so, for example like I mentioned earlier, a lot of things are going on right now and there’s a lot of organizing on campus, I’ve noticed a lot of communities are doing stuff about it. However, sometimes, as a regular student organizer, I know that the struggle is really hard, and sometimes when you try to do something about it or are trying to be loud, sometimes you’re not heard. As an executive, you do have a lot of resources available, and so I think that students need to understand that this position is not just about casework, but also that advocacy is a lot more broader.

I think one of the biggest issues that is currently happening right now, and that most likely will overlap next year, is having good relationships with admin and judicial affairs. I believe that having good relationships with these entities is very very important because you have to work with them. But I believe that sometimes, trying to make negotiations with them or trying to talk amongst each other like on a table, sometimes it doesn’t work. And I feel like it hasn’t really been working because, from what I’ve heard from the previous SAG or the current SAG right now, and also from what I have seen and experienced, that that hasn’t been enough and that Judicial Affairs and that Admin is not respecting students in the way that it should be. So I feel like maintaining a good relationship with them will be a challenge, however I think that, for example, the sit in that happened at the SRB on Monday, I helped organize it and I’m pretty sure Judicial Affairs wasn’t enforcing its policies in regards to suspending a perpetrator who raped a survivor about a year ago. So we have to hold these institutions accountable for the lack of work that they’re doing, but we also have to maintain a good relationship with them. So there’s this balance you have to have. But how I plan to solve it? Number one, the students would always be my priority, because I am the Student Advocate General and they have to be my priority. If they are not respecting the student body, then I have to stand up for the student body because that is my job as the Student Advocate General, I have to advocate for students. And I believe that the university right now, it really tries to maintain a positive image. So it’s, again, bringing those organizing skills in terms of getting the things that you want is how this relationship can possibly be fixed. And I do know that there’s a lot of internal stuff that is going on in Judicial Affairs. So it’s working with them, also making sure that there is student input throughout the process of their internal conflicts. It might be difficult, but I believe that it is necessary that students have some input in the decision making that goes on there. Another challenge as a SAG… So there’s this conversation that people have been having with me, and that is Do I want to prioritize case work or do I want to prioritize all this advocacy work that I want to do (went into). I don’t think the conversation should be about which one I want to prioritize, because both need to be prioritized, both are very essential parts of the office that I believe are very very important and I believe they help and create a positive impact on the student body in different types of ways. So it’s not about one or the other, it’s about both. Transforming the office in a way where both will become prioritized is a challenge, but I think the way it can be solved is by really taking the time to have conversations with a lot of people… having conversations with admin and with previous SAGs and understand how it is that we can do this, how it is that we can do that. And although I understand that my experiences are different, I believe that when it comes to these challenges, it’s good to have a different opinion and ask that opinion of how things work, or else I feel that the cycle is just going to be repeating itself throughout the years. And so it will be a challenge but I think that the results will be very positive because there’s a different opinion coming in.

What makes me the best candidate for SAG is that I really understand the impact that this position can have on the student body. That I understand that being the SAG is much bigger than me as an individual it is larger..that the term advocacy is a lot much broader than just creating change on one-on-one and I believe that I have the necessary skills, I believe that I have the experiences and I feel like I have the knowledge of what works and what doesn’t when it comes to advocacy work in terms of holding people and institutions accountable and I was reading the legal code and in this one section it said that other roles in the Student Advocate General and one of them it says that students come to you with their problems and that you are supposed to feel empowered by these communities and these individuals that come to you and then you’re supposed to take that empoweredness that you feel and go challenge the university, challenge admin, and all that stuff. And I feel like I have already been doing that, I did that on Monday, we got a letter from CHancellor Yang. I did that three weeks ago in DC where I held congressmen accountable because there is a budget proposal that is attacking education and wants eliminate the mandatory pell grants along with other programs that benefit students. I’ve done that with tuition hikes, I’ve done that for all three years that I’ve been here so I feel like that is what has been missing here in the Student Advocate General’s office and I feel like that is what we need right now because things are so tense because education is a privilege and I feel right now, more than ever education is being attacked and it’s becoming a privatization, students are becoming dollar signs. And we need someone in that office who knows how to mobilize students, who knows what, how to target, how to get the things that students want to create a larger impact and to get the demands that they need for them to actually feel like a student here because it is so difficult to be a student because people are working, people don’t feel safe on campus because their perpetrator walking around next to them, what else? The class availability is impossible […] because the university keeps letting students in here but classes are so full, and I feel like my experiences is necessary right now in this moment. And students for many years have been at the forefront of so many movements and feel personally feel that I am here in this room right now because of the fight those students brought many years ago and they were able to change history. I feel like students still have the opportunity, no, students are still changing history right now. And I want to be a part of that history, I want to create an impact with students as a Student Advocate General and again, I feel like I am the best candidate because I have already been doing that on a local, state and national level for my three years here.