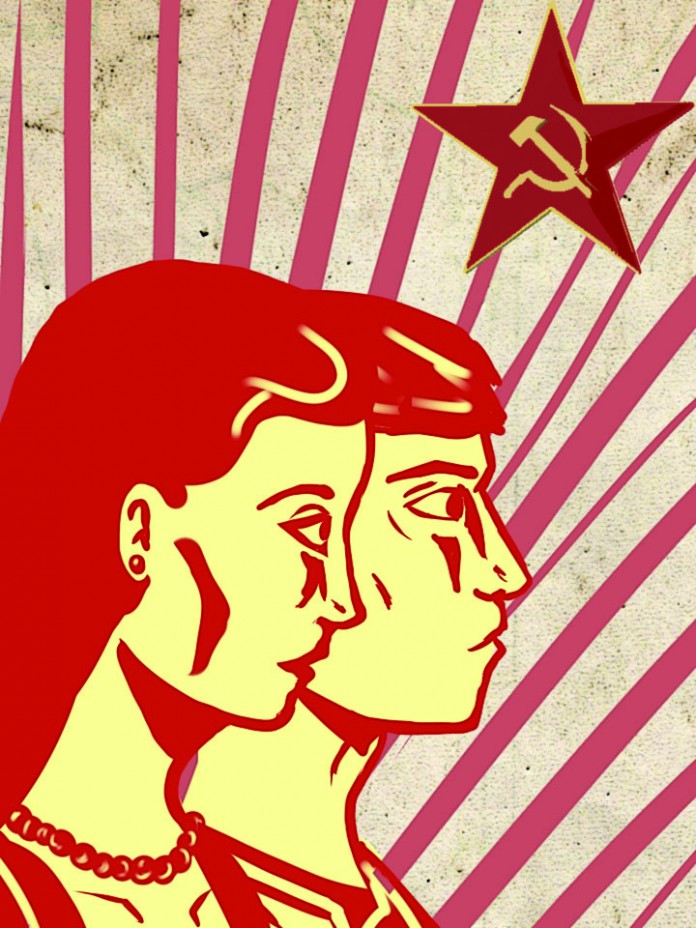 The finale of the third season of FX’s spy drama The Americans aired last week, marking the end of another fantastic season of a show that is only getting better. With a fourth season already ordered by FX, and the network president publicly expressing a wish for at least five seasons, Americans showrunners Joe Weisberg and Joel Fields, along with fans alike, can be optimistic about the future of the series, even if the content continues to grow more soul-crushingly bleak.

With the Cold War in the 1980s as its backdrop, the show revolves around Elizabeth (Keri Russell) and Philip Jennings (Matthew Rhys), a pair of Soviet spies living deep undercover in the suburbs outside of Washington, DC. And I do mean deep undercover: they’ve lived in the U.S. for about 15 years, speak with impeccable American accents, work day jobs running a travel agency, and have two children. And though a premise involving Soviet spies and their clandestine ventures in our nation’s capital sounds sexy, The Americans shows us time and time again that the work done by the Jennings in the name of country is horrifically ugly.

Sure, there’s some spy badassery that goes on, and such badassery lends its authority to co-showrunner Joe Weisberg being an ex-CIA agent. However, the show forces us to consider deeply what the spying actually entails, and its consequences and tolls, both physical and emotional. The killings are not depicted as stylish, cool feats, but rather as what they really are: murder. The actual sex aspect of the Jennings’ spy work is decidedly unsexy and brutal, as the show gives us a glimpse of the dehumanizing way the agents were trained to have sex with anyone at anytime. The show’s color palette reflects this starkness, and each shot is shrouded in a hazy gray (this is not the same 80s as your local 80s-themed house party—three seasons in and I have yet to see neon exercise clothes).

As the show grows older, the clearer its tragic identity becomes. Moreover, the audience knowing that the breakup of the Soviet Union is less than a decade away underscores the Jennings’ work with a sense of futility, adding more weight to the emotional roundhouse kicks we receive each time we see Elizabeth and Philip lie, extort, seduce, and kill. It is the emotional force of the show that makes it one of the best currently on TV, and this force comes from the humanity of the characters who commit them, and the sacrifices they make in doing so. It is an extremely character-driven show, and the work that Russell and Rhys do to instill empathy while committing horrible acts is some of the most quiet, under-appreciated acting on television right now.

The Americans is at its best, and its most stomach-churning, when it plays as a family drama, forcing Philip and Elizabeth to square the deeds they commit with their roles as parents. This aspect of the show is made much stronger by the way the children characters are utilized, especially the elder child Paige (Holly Taylor). The quality of children characters in current TV shows varies wildly, from the excellent (Sally Draper in the later seasons of Mad Men) to the scene-wasting (The Brody children on Homeland), and Taylor’s work as Paige is certainly at the former end of that spectrum. She is observant and thoughtful, and has grown adept at sifting through her parents’ bullshit by season three. Her wide-eyed innocence makes the prospect of her being drawn into the spy world utterly devastating. Philip and Elizabeth are naturally cautious with exposing Paige to their world, but they also realize the longer they wait to do so, the more American she grows, and the more difficult it becomes to turn her towards the cause (Paige’s deep involvement with a local church is a cause of great indignation to her atheist parents, producing this gem of a line from season two: “YOU RESPECT JESUS, BUT NOT US!?”).

Season three ended with a drastic change in the dynamic between Paige and her parents, creating both giddy anticipation and dire dread for what is to come. When season four comes along in 2016, you can be sure that I’ll be watching, one hand gripping the couch and the other covering my eyes, bracing myself for the inevitable misery that lies in store for the Jennings and those around them.