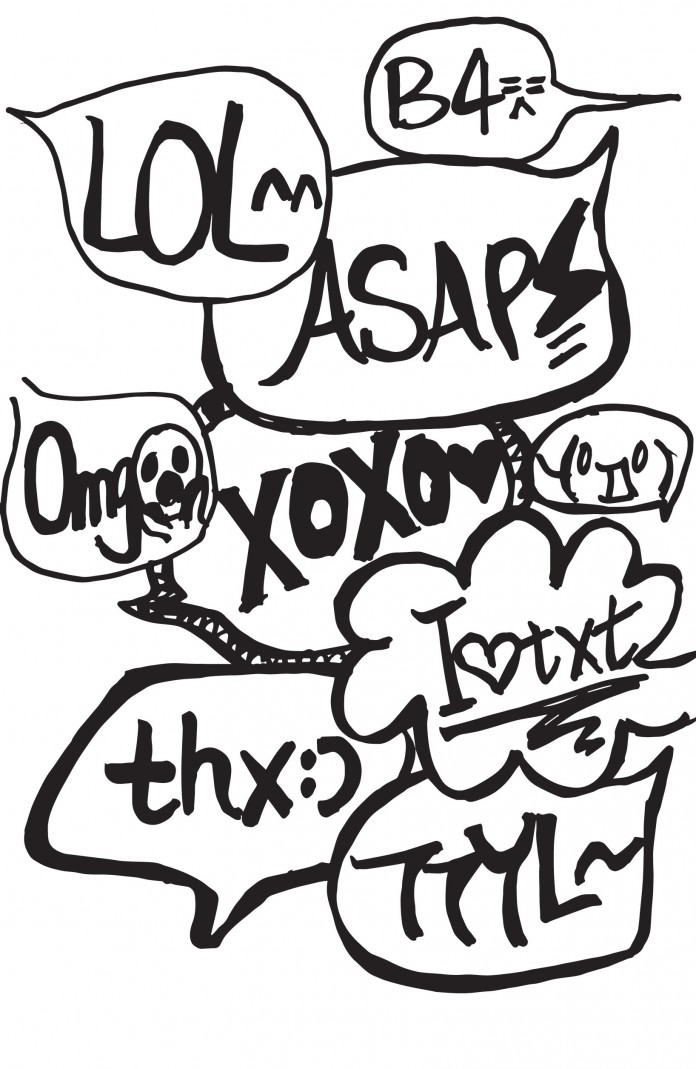 We have all heard it before—be it from our grandparents, professors, or Time magazine covers—that texting abbreviations are killing the English language. While reflecting on the addition of lol, brb, and selfie to the Oxford English Dictionary in recent years understandably feels unsettling, texting lingo shouldn’t be seen as a corruption of the English language, but rather an evolution of it.

The new millennium’s debate over streamlining language isn’t the first time people have complained about the changing nature of language. Shakespeare would have scoffed at Victorian English speakers’ “distorted language” just as they were angered by American “bastardization” of words like “center” instead of centre. Ironic that the very language used to criticize vernacular abbreviations was at one time itself the source of controversy.

Many academics have also voiced concern over the constraints technology places on the English language. While it is true that technological modes of communication shorten and quicken conversation, most of the time it is simply streamlining the process. Why peruse an article about breaking news when you can get to the point in 140 characters or less?

That same sense of efficiency is at the root of texting lingo. By typing fomo to a friend, it doesn’t indicate that I don’t know how to spell the phrase “fear of missing out,” but rather that we are so immersed and well versed in the English language that merely four letters can suffice in communicating a thought. Abbreviations are simply a product of a world that is moving faster than ever before. When there is faster Internet to browse, more media to consume, and never-ending news headlines, it is imperative that the speed and efficiency of our communication not fall behind.

In this evolution of efficiency, it is important to note many aspects of the English language that benefit—most notably, grammar. The same college student who hashtags and tweets funny links followed by lmao also proudly displays “grammar snob” or “syntax enthusiast” in their bio header. As more and more communication is occurring through technology and fewer words are actually spoken, it seems more focus is being placed on grammar and punctuation. When a simple period can mean the difference between an aggressive or inviting tone, more and more users will be punctuation-conscious. This delicate focus on punctuation enriches communication and celebrates its intricacies.

It is this attention to the details of the language that has helped English evolve. New abbreviations and alternate punctuation use are indicators of a language that is developing rather than remaining static, progressing without sacrificing value. Open any recent iMessage or Facebook chat, and scattered throughout the conversation are several *corrections, noting that although we want to get 2 the point, we aren’t simpletons.

The popularity and widespread use of abbreviations in tech communication should be seen as just another step towards the future of the English language. Merely keeping up with the fast-paced era we live in, texting lingo is clearly here to stay. So next time someone tries to reprimand you for your streamlined mode of communication, you can tell them 2 gtfo. lol. jk.