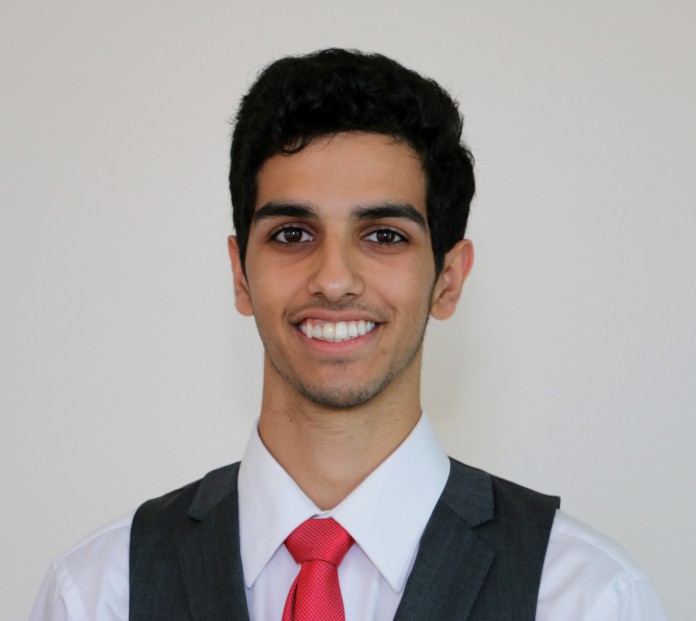 What makes you the better candidate for EVPSA?

I believe what makes me the best candidate for EVPSA is the fact that I have a significant amount of experience working statewide with other students on issues like fighting tuition, tackling mass-incarceration and pushing for legislation that expands financial aid. My work in the past, […] this year in the University of California Student Association has meant that I sat on the board of that organization which has allowed me to go to board meetings at every UC where we coordinated campaigns, where we advocated legislation and where we have fought for the interests of the UC students across the state and I believe because it’s so important when we’re tackling statewide issues that need a strong push from students across California–like the tuition hike or sexual assault or mental health–these where we are most strong when the person advocating for these issues is can use those already built relationships to advocate for them. In addition this weekend I’m […] leading […] a delegation of students to the Student Lobby Conference in Sacramento as part of my job as Associated Students Lobby Corps director for state and national affairs this will be taking on 50 students from UCSB to meet with legislators in the capitol of Sacramento to try to secure more funding for our university. Planning this conference and this experience in UCSA Board has given me experience in how to run an office and a team of people and it’s also given me the knowledge of the issues I really would need to be the most effective EVPSA for students.

If elected, what do you hope to accomplish while in office?

The question I’ve been asked a lot on the campaign trail is “What do you hope to change?” and my answer is that it’s very difficult to guarantee anything will be changed, because the problems we face as regards to college affordability are so deeply entrenched and difficult to solve that if they were to already have been, if they were easy to solve they would have already have been solved. However, I am still a strong believer that we as students can come together and be incredibly effective in pushing back against these tuition hikes, in protecting our Pell Grants and other financial aid, and in expanding our resources in regards to things like mental health. So I guarantee [to] every student on this campus, that while I, individually, may not be able to solve a problem as big as tuition, I will be fighting every day in that office for them. And I am optimistic that if we mobilize students, if we are effective in our lobbying, and if we bring enough pressure on the Governor of California and the UC Office of the President Janet Napolitano it’s possible for us to win a tuition freeze. It’s also possible for us to put enough pressure on the university on our own campus to change its policies in regard to sexual assault from one that protects assailants to ones that respect survivors.

What are some of the most important issues for students to be aware of regarding statewide policies and how will you work to inform students of these issues?

That’s a great question. Most students understand the biggest issues facing us as far as our university education, and that is college affordability. Right now the UC’s tuition is 300 percent higher than it was a decade ago. Many of us know students who have dropped out because they can’t afford to go here anymore, and many more of us know students who are dealing with crippling debt once they graduate from the university. One problem is that a lot of students see this issue and they don’t understand why it’s happening. So what I would work towards doing is to better inform and educate the student body as to why the cost of college is going up. I would do this by working with faculty and professors to put on a tuition take back event in a town hall style where students can get extra credit to come and learn the total history of the UC and explaining why fee hikes are common and what they’re rooted in from the history of state disinvestment, the role the war on drugs has played, the role UC mismanagement of tuition money plays, and everything else that creates this problem. And this is essential because before we can have a mobilization of students, we need to understand the issues.

What is your impression of the UC Regents? How do you plan on relating campus issues to the UC system’s highest governing body?

The UC Regents are a very ineffective group of people at managing the UC in my opinion. First of all, their background often times is not in education, they’re appointed for terms of 12 years by the governor, and many of them are business people, movie executives, but mostly people who are political friends of the governor. Just one example of Regent mismanagement of the UC that’s been costly, the University of California only received 250 million from proposition 30 and the UC Regents spent over 100 million of that money on Wall Street on risky credit default swaps for some of their endowments, and they wound up losing a lot of that money. They’re incredibly out of touch, and very hard to reach, and having been to regents meetings, I can confidently say that they do not take into account what students have to say. But tackling regent accountability is so important because the state of California is reluctant to give the UC more funding, which it needs to help stop this tuition hike, because of regent mismanagement of money and of regent extravagance, as far as the UC goes. What I would like to do is work with people in the legislature to put pressure on the UC office of the President to have legislation and to create more accountability for this governing body of ours. This could include things like getting them to release an audit so we know where our money is going and where it’s being spent, to some kind of legislation that reforms the UC or brings more student regents as part of that governing body.

If you could have a sit-down with UC President Janet Napolitano, what would you discuss with her?

What would I discuss with Janet Napolitano […] a lot of what I just said in the last question. I would discuss […] well the first thing I would discuss is the rising costs. I feel like President Napolitano is very out of touch with the average student, and I don’t believe that she understands the struggles many of these students on this campus are facing. I would like to talk to her about […] finding alternative ways that the UC can save money to avoid a tuition hike, of which there are many related to looking at pensions, changing some of our policies as far as contracting out of contract workers, and, cutting back on certain programs where the UC hasn’t been particularly good with their money. But at the same time I would also bring up a lot of issues that are of concern to underrepresented communities such as the lack of diversity on many of our campuses, the lack of access students across the state have to our university. I would like to talk to her about pushing for more diverse faculty […] I could go on for a while, right? Janet Napolitano is not someone with a background in education, she is someone whose background in politics has been the reason why she has gotten this role, and I believe that because of the fact that she’s actually a politician, and not a head administrator by career choice, she is someone that is very susceptible to pressure, she won’t listen to students unless we sit down and talk to her, and pressure her. And so thats one reason those are the things I would bring up first.

Based on your experiences with the University of California Student Association Board, what do you think they could do more effectively and what would you do to ensure that gets done?

My experience with the University of California Student Association Board has been very inspiring but also very frustrating. I think we really do a good job of advocating for legislation that is a benefit to students. Just this very weekend I’m helping lead a delegation of students to the capitol of Sacramento to do that. And when we are able to get students at the capitol telling our stories to legislators, making the people who work within California’s hall of power accountable to us, it’s tremendously powerful. At the same time, for me the past year, I’ve gone to long board meetings for the University of California Student Association, has shown me that coordinating of the grassroots campaigns could really be handled more effectively, because what happens is you get a lot of board members from every UC campus in a meeting where they discuss campaigns that everyone is passionate about, but there’s not a one size fits all for every campus. So what I would like to do is more regularly be in contact with the other External Vice Presidents that I’ve already worked with across the state of California, so as we can execute our campaigns to combat sexual assault, to expand mental health, to better fund the UC, to reform criminal justice much more effectively. This is not to say that students working on these issues haven’t done an incredible job, but most people, I think, who have been working on these campaigns understand that we have much more potential as far as coming together.