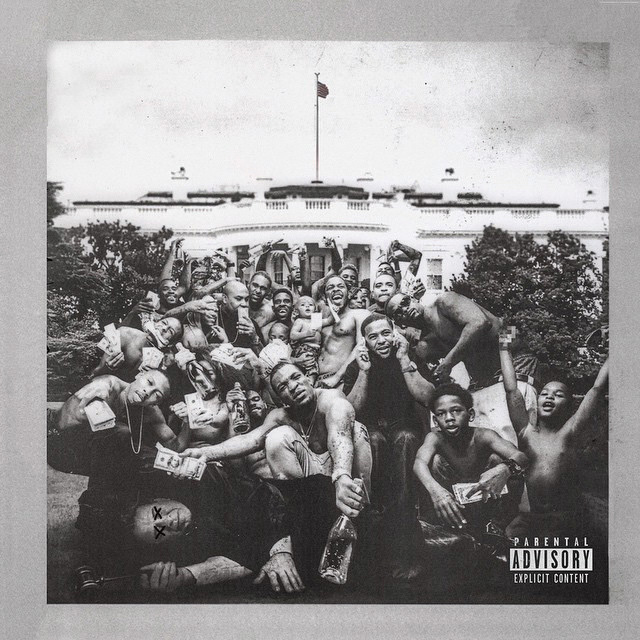 Compton rapper Kendrick Lamar is well known for releasing intense and thought provoking concept albums; this rarity in modern music is his strength, and it’s the blueprint of his unique take on hip hop that has earned him widespread critical acclaim and stardom. Just listen to the story of Tammy and Keisha in 2011’s Section.80 or the tale of his own upbringing in 2012’s Good Kid, M.A.A.D. City. Both releases verbalize the struggle of growing up in an environment filled with pressure to join gangs, consume copious amounts of drugs, and, in the end, never escape. On his latest release, To Pimp a Butterfly, Lamar outperforms all his past works in terms of wordplay, storytelling, and production, with infectious jazz and funk beats.

In To Pimp a Butterfly, Kendrick tells the story of the spiritual journey he went through after the success of Good Kid, M.A.A.D. City made him one of the world’s most famous rappers. It begins with “Wesley’s Theory,” a funky ode to all the fantasies he had of “the finer things” that fame affords. As he lists his desires, he remembers that “Uncle Sam” and White America still get paid off of all the debts he would rack up, ruing the curse of extravagance. The song ends with repeated shrieks of “Tax man comin’, tax man comin’,” reiterating the consequences of overspending that Kendrick hopes to avoid.

“For Free? – Interlude,” has Lamar telling off a girl who thinks his money is all he’s good for, saying, “Telling me green is all I need/Evidently all I seen was spam and raw sardines,” while exclaiming over and over again in an obnoxious tone that “This dick ain’t free!”, asserting his own worth as a lover. This track is a perfect fusion of hip hop and jazz, with Kendrick’s voice acting as an instrument. He spits creative, fast paced, freeform rhymes over an allegro bebop beat.

“King Kunta” is the infectiously funky quasi-banger and show of bravado that casts Kendrick as the king of hip hop, using the triumphant image of the famed slave Kunta Kinte reaching the upper echelons of society. The limitlessly original Lamar calls out rappers who rely on others to write their lyrics when he says, “Most of y’all sharing bars like you got the bottom bunk in a two man cell.” The atmosphere is thick with funk punctuated by psychedelic guitar, until the music stops which leaves only Kendrick’s voice reciting the beginning of a poem: “I remember you was conflicted, misusing your influence…” More and more lines are added to the poem on each track of the album, until its completion on the final song. The end of “King Kunta” is where the album’s story truly begins, and Lamar’s inner turmoil begins to show itself.

On “Institutionalized,” Kendrick’s subject matter returns to Compton, where he laments the difficulties of leaving the ghetto. He mourns the errant, criminal ways of his old friends and the excessive habits of his new show business colleagues. This song is the beginning of the album’s soft, emotional core, as Kendrick feels torn between two lives and sees fatal, unforgivable flaws in both. The back beat starts out funky, with modulating glittery keyboards, followed by a beat change to a melancholy, piano driven, modern hip hop beat.

“These Walls” is about Lamar misusing his influence over a woman who uses sex as an escape from her harsh life. The back beat is R&B with syncopated funky guitar, including a segment in the middle where Kendrick stops rapping and a keyboard solo ensues with some of the most complex rhythmic patterns I’ve ever heard in a hip hop song. Lamar spits, “Your defense mechanism is my decision,” referencing his undue control over the woman in the song, also saying, “You pray for appeals hoping the warden could afford them.” Kendrick is the warden, and earlier in the song he calls her a bitch, so she pleads his forgiveness as he has control over her “defense mechanism.”

His inner conflicts coupled with his guilt over his manipulation of the girl in “These Walls” lead to a “deep depression” followed by a forgiveness of self, homecoming, and eventual self-love. His self-love leads to an ability to see the world with a greater clarity, free from self-doubt and insecurity. To Pimp a Butterfly has so much lyrical content that listening to it sometimes feels like reading a book. A book that plays funky hip hop beats while you read it. I don’t want to spoil too much of the story or even decipher too many of his metaphors, because discovering the meanings of his lyrics is just as exciting as listening to the music. Listen for the poem that Kendrick builds as the album progresses and any metaphor involving a cocoon or butterfly in particular. But if you listen to any album in 2015, make sure it’s To Pimp a Butterfly by Kendrick Lamar. It is one of the most unique, powerful, and triumphant albums in hip hop, and a true rarity in the genre’s history.