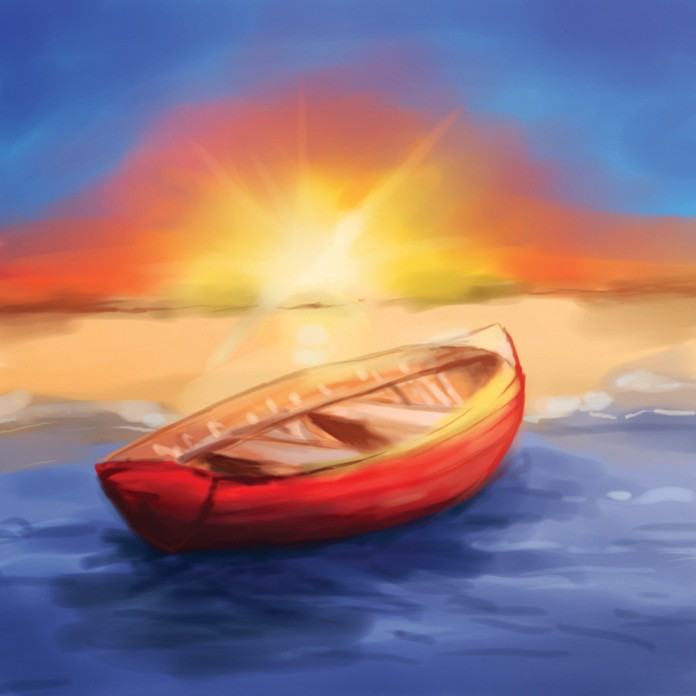 All too often, network television is criticized for its lack of diversity, only to run out a lineup filled to the brim with “traditional” white family sitcoms and their insignificant suburban problems. However, the new ABC sitcom Fresh Off the Boat attempts to break up this previous notion of television, as well as to serve as a landmark moment in television for Asian-Americans.
Fresh Off the Boat premiered on Thursday, Feb. 5, and revolves around the struggles of Eddie Huang (Hudson Yang), a middle schooler acclimating to a move from 1995’s racially-diverse Washington, D.C. to Orlando, Fla. His parents, Louis and Jessica (Randall Park and Constance Wu), have moved the family to support Louis’ restaurant endeavor, and Eddie’s younger brothers, Emery and Evan (Forrest Wheeler and Ian Chen), are adjusting to their new home just fine. Following Eddie’s struggle is a delight, but not devoid of some cringe-worthy flaws.

One of the show’s strongest points is its tasteful tackling of racism. Despite being set 20 years ago, it remains painfully reminiscent of some of the issues that Asian-Americans, and people of color in general, face in their day-to-day lives. It’s the little things, like when the white kids force Eddie to leave the “cool” lunch table for pulling out a stinky container of noodles for lunch instead of a box of ham-and-cheese cracker Lunchables. It’s when he’s called “a chink” and gets in trouble for the fight that ensues, but as his parents insistently point out to the principal, the problem lies in how no one did anything to punish the boy who threw a racial slur at him. The normalization of microaggressions, little slights that ostracize a minority group, are so delicately addressed and handled in this scene alone, comical yet truthful in calling out those who do so.

Despite just premiering this past week, this show has already been the recipient of much media hype, seeing as it’s the first Asian-American sitcom on television since All-American Girl ended in 1995. Some worried that Fresh Off the Boat would simply generalize and stereotype Asian culture, painting one-dimensional portraits of tiger moms and emasculated dads. While it’s hard to deny that the show doesn’t feature some of these generalizations, the show manages to make the characters more relatable, and implies that there will be more character development later on the show.

The ever-ferocious family matriarch, Jessica, is the classic example of a tiger mom (read: aggressive and unrelenting on academics, a strict disciplinarian). However, Wu’s portrayal of the character adds a dimension of vulnerability, filled with a strong love for her kids, while providing comic relief in a show delicately balancing a discussion of race and what it means to be a family sitcom.

As far as media attention goes, some of it has been unsavory, slinging likely well-intentioned yet highly misinformed comments at the cast and crew. At a recent press conference for the new show, some reporters asked questions trivializing Asian culture, shrinking the importance of the show itself by asking about chopsticks and fortune cookies, which, unfortunately for them, is not the point of the show.

Interestingly enough, the face behind Fresh Off the Boat, the real-life Eddie Huang, has been one of its biggest critics. The show is based off of Huang’s memoirs, growing up as one of three sons of Taiwanese immigrants, turning to hip-hop and street culture as his solace from the racism and exclusion he faced as a kid. However, that story is not the focal point of this series. Aside from the setting and familiar names, Huang’s publicized complaints target how much the show has strayed from his life story. However, it’s the straying from his memoir that lends the show so much of its relatability, not simply examining one person’s life, but rather collectivizing and illustrating experiences in the greater Taiwanese-American community (and, to a lesser extent, the immigrant community overall).

Fresh Off the Boat is promising, full of cheeky jokes that serve to illuminate the struggles that Asian-Americans face. While it’s certainly got a lot to work on (we’re looking at you, subtle stereotyping), it’s a step in the right direction.