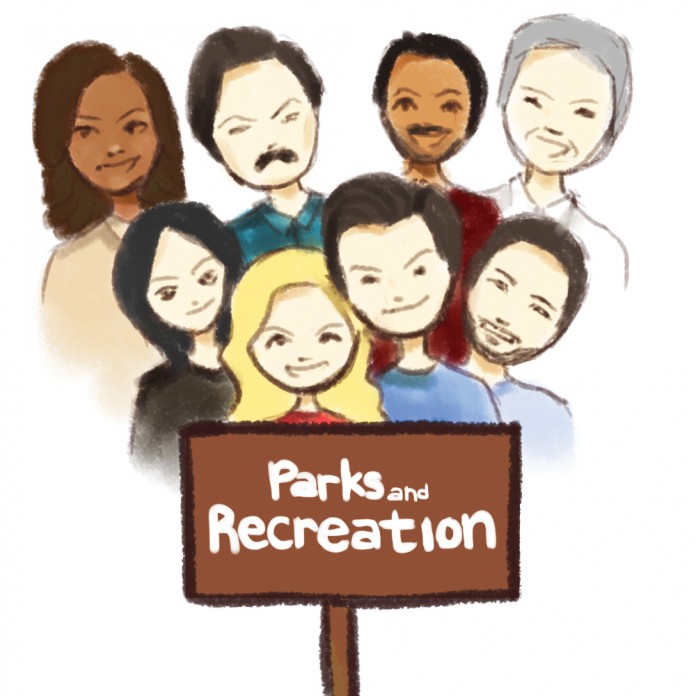 Oh Pawnee, you perfect hamlet of friends, flus, and fart attacks. I am so lucky that the brilliant Parks and Recreation brought you into my life. You’ve been my home away from home for the past six seasons and this is literally one of the saddest letters I’ve ever had to write. I can’t count the times you’ve made me laugh until I cried. You’ve been there for me from Netflix marathons at kickbacks to procrastinating during finals week. I’ve watched you grow throughout the seasons—unlike Li’l Sebastian.

Your journey has been an unfortunately rocky one. You were aptly, and initially unfavorably, compared to The Office, a similar mockumentary-style show. You competed with shows about angsty vampires, restless zombies, teleporting phone booths, and meth-cooking teachers. You kept your head held high and took the constructive criticism to transformed yourself into something unique and amazing. Like the efforts of Leslie Knope, these changes went underappreciated.

Despite the clever humor, the beloved Parks and Recreation has constantly been on the verge of getting canceled. Ratings have continued to slowly decline throughout the seasons, especially as NBC gave up on the possibility of growing the audience, a decision that has mirrored NBC’s recent general decline. Television is slowly weaning itself off of sitcoms and towards drama and sci-fi/fantasy programs.

Regardless of these issues, Pawnee and Parks and Recreation had a special place in my heart—specifically, Thursdays at 8:30 PM.

Over the years, you grew into something wonderful and brilliant, and truly a work of art. Who knew that comedy and serious issues could be brought together in such a way that engages the audience? Who knew watching a show about babbling government officials could be as entertaining as it is? We were with you from the Pit to the Harvest Festival. Who could forget Leslie becoming a councilwoman and getting recalled shortly after? Nobody can forget the Pawnee-Eagleton merger. And my hat goes off to you for bringing up important issues such as same sex marriage, sex education, and obesity.

More importantly, I learned so many life lessons that are forever etched into my brain. Whenever I get overwhelmed, I step back and whisper, “treat yo self.” In true fashion of Tom Haverford and Donna Meagle, I indulge myself in a Freebirds quesarrito (of course with guacamole). It serves as a reminder to do something nice for ourselves every once in a while.

Most importantly, I learned it’s okay to be yourself (unless you’re an Eagletonian). Every character has different personalities and interests, and they’re all accepted in some way. Even Gerry Gergich has a loving family to go home to after being the butt of the jokes all day at work. After Ann Perkins realizes that she’s the “chameleon girlfriend” who adopts characteristics of her ex-boyfriends, she learns to love herself for who she is. She is supported and loved by her biggest fan and best friend, the most driven person I know: Leslie Knope. The last thing I learned, and really the last thing I have ever needed to learn, comes from April Ludgate, who told us all: “Time is money, money is power, power is pizza, and pizza is knowledge.”

Parks and Recreation is our own Li’l Sebastian. One doesn’t just get it. One understands, appreciates, and loves it. To an outsider it may not seem like much, but to those who are a part of it, it’s everything. Like everyone’s favorite miniature horse, Parks and Recreation will forever remain in our hearts. This show is like 5,000 candles in the wind, all 5,000 of which will be dearly missed.