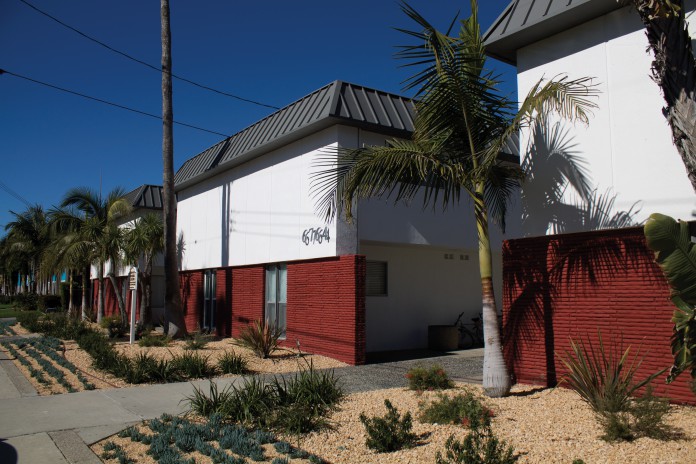 In response to several controversial eviction notices issued to the residents of the Abrego Villas apartment complex in the summer of 2014, Isla Vista Tenants Union (IVTU) has sponsored legal action against Majestic Asset Management Inc., the property management company in ownership of the apartments.

Majestic acquired the apartments in June 2014 and issued eviction notices to a total of six tenant families living in complexes located at 6764 and 6754 Abrego in order to renovate their units and raise the rent by over 50 percent. After receiving the notices, some of these families requested that Majestic allow them to return to their homes after the renovations were completed. The company rejected them. At this point some of the families contacted IVTU, one of the few resources available to fight wrongful evictions in Isla Vista.

When a landlord evicts multiple tenants in order to renovate homes, tenants are entitled to relocation fees during the first 20 days after the notice of termination. The tenants were evicted in the summer 2014 and they have yet to receive any compensation. IVTU is currently negotiating with Majestic to secure the relocation fees. Majestic also failed to file permits for the renovations they were planning, including modifying bathrooms and kitchens, and installing light fixtures. If the affected tenants had not gone to IVTU the county would never have found out about the evictions, since there was no paperwork filed to authorize what they were doing.

According to Majestic employee Brian Lezak, “The Ownership complied with the rules and regulations as outlined in Ordinance 4444 and therefore, did not violate any laws.” When Majestic got word of the legal ramifications from IVTU, they immediately asked the families if they wanted to return when the renovations were finished. By then, 45 days after the original eviction, the families had already signed other housing contracts and could not return to their former homes. Majestic then decided to not go through with their planned renovations, opting instead for changing the carpet and painting, which do not require permits. Majestic also made, “changes to the landscape areas, which will serve to reduce our water consumption,” and, “made additional changes which will also allow the property to use other utilities more efficiently which again is in support of the conservation goals of Isla Vista and Santa Barbara,” says Lezak.

According to attorney Robin L. Unander, who is providing legal counsel for the families, “Majestic just evicted these families against this ordinance, they should have done their due diligence to research, and once they realize they have to pay relocation fees they do everything they can to avoid responsibility. It’s like they evicted them for nothing.”

This is only the latest incident in a long history of controversial evictions in IV’s history. IVTU was founded in the 1990s to stand up for the rights of long term tenants, usually low income families who work locally in Isla Vista and Goleta. Until Santa Barbara County Ordinance 4444 was enacted in 2002, residents had little to no protection from mass evictions. The law outlines the rules for relocation fees and states that only 10 percent of tenants may be evicted from one apartment complex every 90 days for the purpose of renovation. Ordinance 4444 is fairly new and has only been used in a legal setting once before.

While the ordinance helps residents by providing them a monetary safety net, there are calls for greater protections. According to IVTU president and third year econometrics major Andrey Bogdanov, “[The ordinance] is a huge deal for us because now we have many more tools to work with to protect these tenants. However, the fact that these tenants need to go to court means there is more work to be done.”

Finding an adequate living space for a family in IV is difficult, especially for the tenants in Abrego Villas who were evicted in late summer, which is well past the normal renting season in IV. Also, according to Unander, “Due to increased enrollment of students by the university, the demand for housing far exceeds the availability and it puts local low-income families in competition with students.” By evicting mass numbers of residents, landlords are also flooding the already depleted local housing market with new prospective renters, a situation Ordinance 4444 was designed to prevent.

According to President Bogdanov, mass evictions in Isla Vista happen about every other year and primarily affect families residing here long term. When asked about the difficulties families face when they’re evicted from their residences he responded, “A student can couch surf–you can’t couch surf with two kids. You can’t live in a car with a family. Even when it happens to students it’s a terrible thing, but when it happens to families it’s unimaginable.” Bogdanov also believes the key to change in IV lies with its residents, saying, “I firmly believe that the residents of Isla Vista need to take firmer stance on these issues. Residents, particularly students should strive, desire, and fight for a better town to live in.”