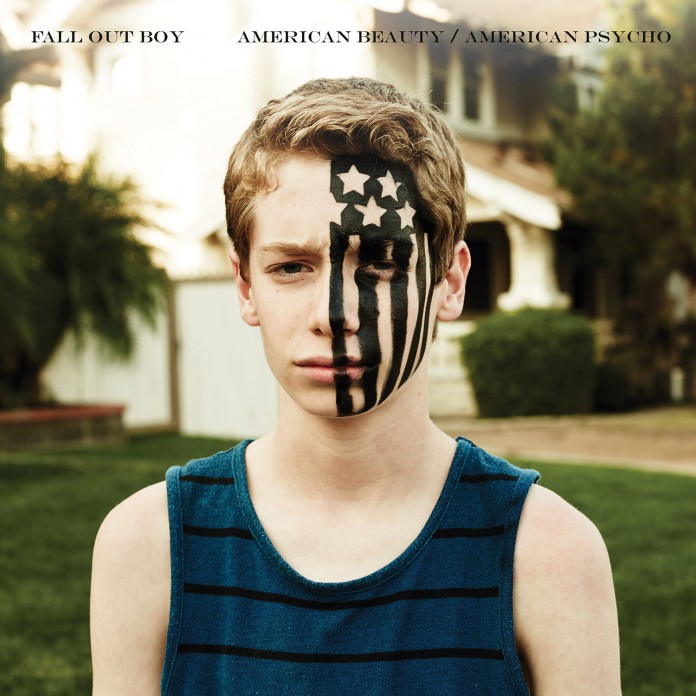 On Monday, Jan. 19, pop-rock band Fall Out Boy released their brand new album, interestingly titled American Beauty/American Psycho. This marks their sixth record, and, according to Billboard, it is set to become their third number-one selling album after Infinity on High and Save Rock and Roll.
The record kicks off with the triumphant sounds of trumpets in the song “Irresistible.” For a split second, this song feels like it might be Drake’s “Trophies,” but that all changes once the strong voice of lead singer Patrick Stump powers through. The record then trickles into title track, “American Beauty/American Psycho.” This catchy song tells the story of an impossible love, and it epitomizes the overall feel of the album.

The track “Novocaine” is particularly impressive, as Stump hits the falsetto on multiple occasions throughout the entire song. However, “Immortals” might be the most interesting, due to its captivating intro that starts out with the exotic sounds of a flute. In addition to all of these new sounds, this album also features the popular single “Centuries” which, according to Headline Planet, had 133,000 sales within its first week.

Overall, the album is a combination of eleven unique songs. Each track has its own funky style that combines a variety of different instruments, sounds, rhythms, and beats. Although no two songs are alike, almost every single one makes you want to dance. In addition to this, the album crisply transitions from one track to the next as each song ends and effortlessly flows into the next.

As their record sales rise to the top, I believe that it’s safe to say that Fall Out Boy has come a long way. With From Under The Cork Tree turning ten this year, the boys of FOB have definitely reached major success with their two number-one selling albums. However, the band has undergone multiple changes in order to get here. In 2003, their first album Take This to Your Grave fell more along the lines of emo-pop with their sad lyrics, and, of course, the mohawked, eye-liner-wearing bassist Pete Wentz. The next album, From Under the Cork Tree, followed the fast paced speed of a pop-punk album but failed to reach the number one spot.

Some slight changes were made in the sound of the following album Infinity on High, which strayed away from the original emo persona of the band, but these alterations may have led to its spot at the top of the charts. The fifth album Save Rock and Roll also made it to the top with the help of the popular single “My Songs Know What You Did in the Dark (Light Em Up),” which shocked the world with FOB’s surprising new sound that was far from pop-punk.

Despite their distance from their emo-pop punk roots, whatever Fall Out Boy is doing seems to be working quite well for them. Although it may be true that their sound has changed significantly, it is clear that they’re still the same people who are passionate about making music and sharing it with the world.