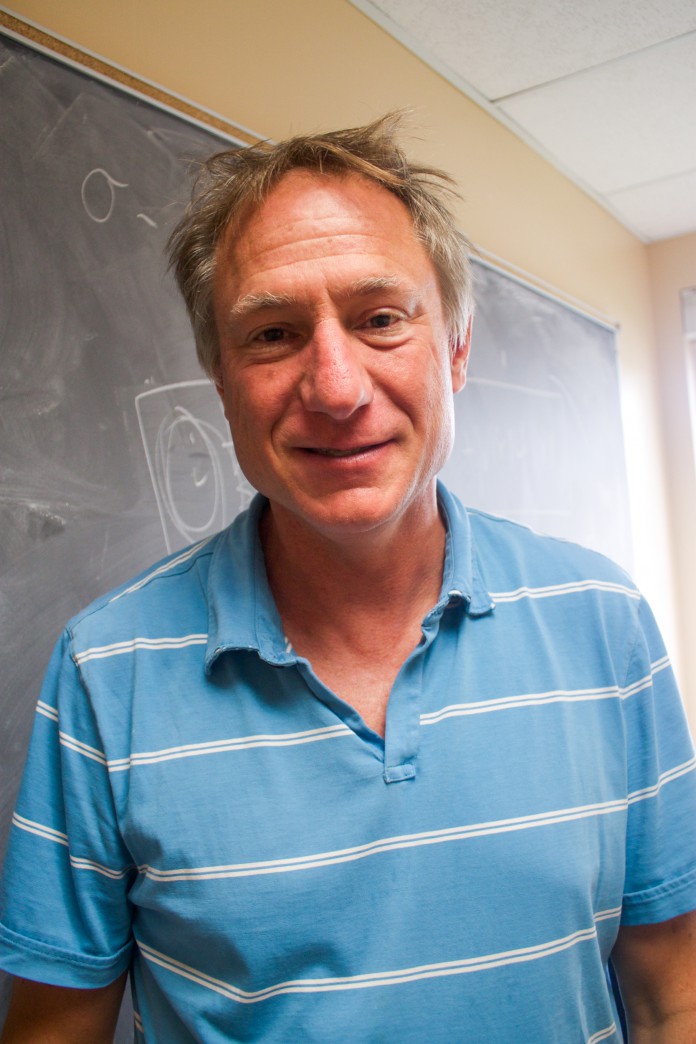 Matthew Fisher, theoretical physicist and professor at the University of California, Santa Barbara, has received the 2015 Oliver E. Buckley Prize for his discovery of the superconductor-insulator transition, a paradigm for quantum phase transitions.

The Buckley Prize is given annually by the American Physical Society to recognize and encourage theoretical or experimental contributions to condensed matter physics.

“My heartfelt congratulations to Professor Matthew Fisher for receiving the Buckley Prize,” said Pierre Wiltzius, the Susan and Bruce Worster Dean of Science and professor of physics. “The list of previous awardees includes an illustrious group of giants in the field of condensed matter physics. We are very proud of Professor Fisher’s accomplishments.”

“My focus is in materials and crystals, primarily electrons moving within metals. Electrons are in constant motion, which is described by quantum mechanics,” said Fisher. “Every crystal has its own unique quantum choreography. The electrons dance around in a certain pattern for every crystal.”

“Metals are originally at room temperature. However, in order to use them as conductors, we need to cool them from room temperature to near freezing temperature. Once they are at a low temperature, they become superconducting and the electrical resistance goes to zero.”

Fisher found that some materials can exhibit multiple quantum behaviors when experimental knobs are tuned, such as when a superconductor becomes insulating due to an application of a magnetic field.

Fisher obtained a bachelor’s degree in engineering physics from Cornell University in 1981 and a Ph.D in theoretical physics from the University of Illinois at Urbana-Champaign in 1986. He was a visiting scientist in the IBM T.J Watson Research Center before joining UCSB’s Kavli Institute for Theoretical Physics (KITP) in 1993. Fisher has been a professor in UCSB’s Department of Physics since 2010.

“The Oliver Buckley Award is the most prestigious award there is for condensed matter physics,” said Phillip Pinus, chair of UCSB’s Department of Physics. “At UCSB, we have a long history as an important player in condensed matter physics both theoretically and experimentally. This award acknowledges the importance of the work that Matthew has done on the superconducting-insulating transition and the environment at UCSB that has made this possible.”

“Science is a collective endeavor,” said Fisher. “It felt really nice to win the Buckley Prize particularly because it tells me I have supporters who appreciate what I’ve done but appreciate me as well.”