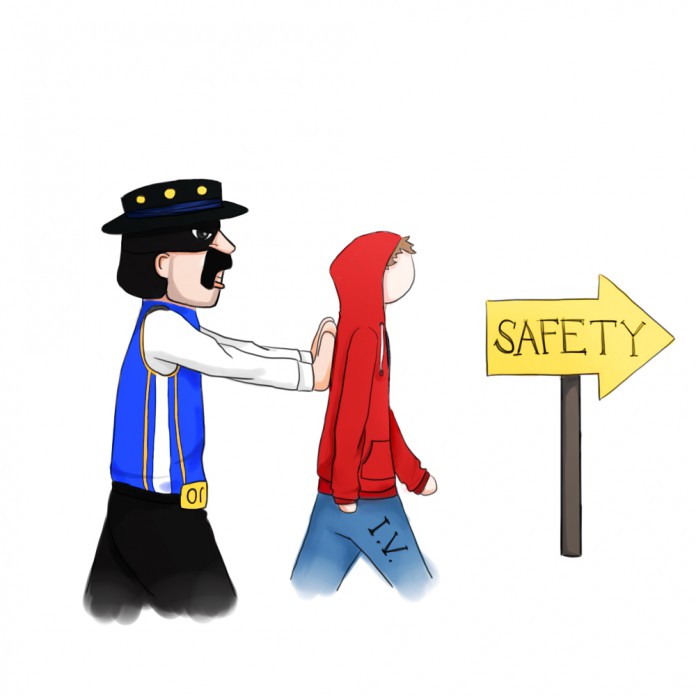 It is becoming tiresome to see Isla Vista consistently painted in a negative light within the community, in the press, and in the University itself. It cannot be denied that exceptionally negative things have happened here.  Nobody can argue that the shooting or riots have been anything but regrettable. However, neither were symptoms of a diseased city or an ailing culture.

Now, it seems, the University of California, Santa Barbara is trying to grab more land and more influence over its residential ghetto.  Isla Vista truly is a ghetto in the truest and most traditional sense of the word, and now UCSB is trying to change that in order to preserve its relatively new status as an institution of repute. This is wrong, and the university ought to keep its nose out of Isla Vista’s affairs for a whole host of reasons.

First of all, Isla Vista is a ghetto simply because of its homogeneity. While there are some city college students, some families, and a few other residents, Isla Vista is unquestionably a town filled with UCSB students. The university should not get involved in restructuring Isla Vista because it already has the option for reshaping it in the long term free of charge to anybody. Like it or not, a community is simply the sum of its parts, and when the vast majority of the community is made up of UCSB students, the university directly controls the makeup of the community through their admissions process. It is disingenuous of the University to condemn the community while it refuses to change its admissions practices. Nothing will change so long as new residents fresh from university campus housing resemble outgoing residents so closely.

Beside this, the university has no right to regulate its students once they choose to leave the campus’ friendly confines. UCSB is an institution of learning, not of law enforcement. If Isla Vista was not so closely associated with the campus, UCSB would not waste a moment turning its back on off-campus students entirely, and why shouldn’t it? Those who choose to abandon the protection of the school ought to have to deal with the consequences of their own actions.

As the most recent Halloween shows, it is clear that students have the capacity to deal with these consequences.  After the Deltopia riots of last year, it seems like the whole community collectively decided the block party madness just wasn’t worth it anymore.  Out of town friends were clearly not invited by many people, and residents left in droves to spend time elsewhere. That alone should be enough to convince UCSB that it does not need to step into this community and change it. It is capable of fixing itself when it goes haywire.

On a more emotional level, it would be sad to see Isla Vista systematically dismantled and turned into a ritzy bastardization of its current self. Parking is a hassle, street lighting is spotty at best, and local food joints are overpriced. But it all inexplicably comes together to create a unique aesthetic that marks it as one of the last true college beach towns in the world. It would be a shame if that were lost in the midst of high-rise apartment complexes.