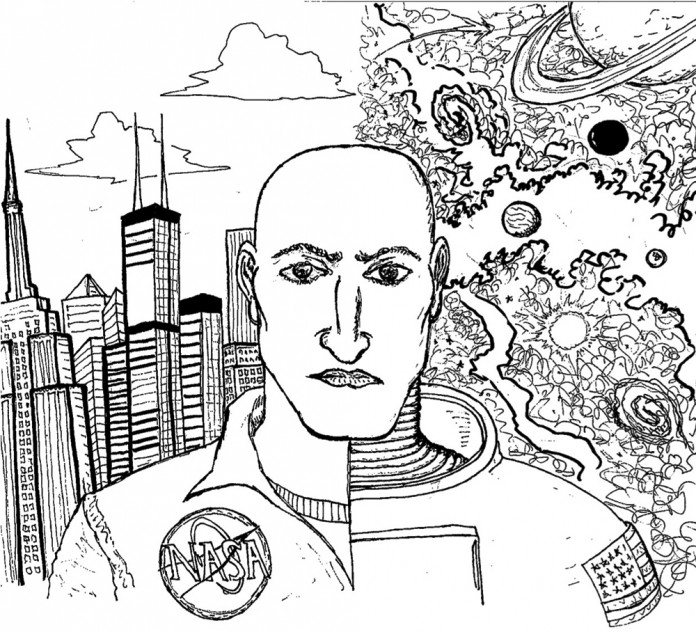 In March 2015, National Aeronautics and Space Administration (NASA) astronaut Scott Kelly will partner up with cosmonaut Mikhail Kornienko on a one-year mission to the International Space Station in hopes of exploring the effects of long-term space flight on the human body.

What separates Kelly from the other astronauts is that he has a twin brother named Mark, who is a retired astronaut. In this experiment, Scott will serve as a test subject, spending one year circling Earth at 17,000 miles per hour. Meanwhile, Mark will remain behind as the control variable, according to NASA.

“We will be taking samples and making measurements of the twins before, during, and after the one-year mission,” said Craig Kundrot of NASA’s Human Research Program at the Johnson Space Center. “For the first time, we’ll be able two individuals who are genetically identical [sic].”

The study plans to focus partially on the comparison of the blood samples that are collected from Scott and Mark before, during, and after the one-year mission. Physiological and psychological testing will also be conducted during these intervals.

Living in space is known to have effects on the human body such as muscle loss and decreased bone mass. However, scientists are unsure of the effects of space on the human body at a smaller scale. Scientists believe that it could affect our DNA or alter how we age, according to Mirror. This experiment also harkens back to Einstein’s “Twin Paradox” theory, which posits that the traveling twin should return younger than his brother.

“We already know that the human immune system changes in space. It’s not as strong as it is on the ground,” explains Kundrot. “In one of the experiments, Mark and Scott will be given identical flu vaccines, and we will study how their immune systems react.”

The 12-month study will mark the first time two humans have stayed abroad the International Space Station for such a long period of time; normally, each mission lasts no longer than six months. Scientific and technical experts reviewed 40 study proposals submitted in response to the announcement and have selected 10 proposals. The 10 different institutions across seven states will receive a combined $1.5 million over a three-year period, according to NASA.

“These will not be 10 individual studies,” says Kundrot. “The real power comes in combining them to form an integrated picture of all levels from biomolecular to psychological. We’ll be studying the entire astronaut.”

NASA hopes that by discovering the effects of space travel, it will open the door to further exploration and study of the cosmos. Space is slowly evolving into a new resource that is being explored in hopes of enhancing human life and survival. For example, NASA chief Charles Bolden outlined a series of stepping stones to Mars, including obtaining an asteroid and “bringing it into the Moon’s orbit by 2015, growing plants in space and using 3D printers for onboard repairs,” according to Metro News.

These steps in advance of a three-year return trip would bring scientists new samples as well as a valuable testing ground for technologies necessary for manned missions. Bolden stated, “If this species is to survive indefinitely we need to become a multi-planet species. We need to go to Mars, and Mars is a stepping stone to other solar systems.”

Additionally, Bolden revealed that there were more plans under development, including NASA’s Solar Electric Propulsion System, which uses beams of electrically-charged atoms to navigate deep space. In order to make these plans a reality, the space agency chief stated that increased funds would be needed from the White House.

NASA’s planned twin project, set to launch in 2015, may be the first step in finding an alternative source of life and survival outside of Earth. With increased research and financial support, further exploration of the universe may not be far away.