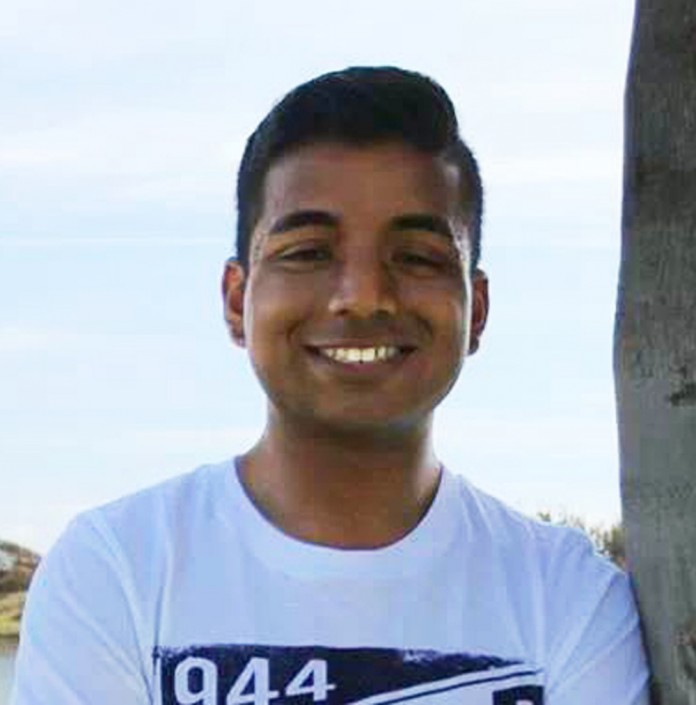 What makes you the better candidate for the EVPSA?

I’m the better candidate because I actually have experience in the EVPSA office. I’m currently the campus organizing director, which means I work closely with not just people in the office of EVPSA but also organizations like UCSA [University of California Student Association] and USSA [United States Student Association]. The way EVPSA office works, one of the things written in the Legal Code, is that they have to be one of the liaisons of these organizations to connect the university with other universities both statewide and nationwide. I’ve been able to gain experience with organizing the office and staff members to enact these campaigns to better student needs. Furthermore I think that the office environment also lends me an advantage in the way that I understand the structure of it. I understand the positions of everybody in the office and how each of those little pieces go together. And because of that I can mobilize better, I can delegate roles better than my opponent. And furthermore a lot of the issues that the EVPSA addresses I’ve had experiences with myself— when it comes to things like financial aid or having spaces where you’re represented. I feel like I can be the voice for these individuals that we find here on campus as well as for the student body in general.

If elected, what do you hope to accomplish while in office?

The biggest thing, I want to start the process of working from the ground up. So this means working from the campus level up to the statewide level. Firstly, I think the office needs to be more heavily publicized and accessible to students. The problem right now I think is because there’s a lot of “drugging” that goes into the stuff I deal with. Things like Regents meeting, all these bills and legislations. So I want to work on making these issues accessible through any kinds of means. We live in the 21st century now, so we can use things like social media, YouTube, and even Buzzfeed for instance, to appeal to students that we have here. I would totally love to even have people from the press, like TBL, sit in on our staff meetings so they can report us—to not only reach out to students but to keep ourselves accountable for things we do. Because you know, transparency begins with things like that. I’m personally a double major in political science and film, and I’ve see a lot of talent that comes out from students here. Like I mentioned earlier with you being a writer and me working on KCSB, I see a lot of film students here that would love to get their hands on doing more production work. Cause a lot of the stuff we have on campus is theoretical. So, the biggest thing I think I want to leave behind when it comes to the EVPSA Office is making sure people are aware of it, because only then can we tackle issues like financial aid. Only then can we tackle issues like pushing bills through to lobby, to address the needs that we need. Because it starts from the ground up.

What are some of the most important issues for students to be aware of regarding statewide policies and how will you work to inform students on these issues?

Firstly of course, we always hear about tuition rates. There’s rumors going on right now about the Regents raising tuition, and the biggest thing I would do right away is to mobilize students, to publicize them, or to publicize these issues. And make sure that they’re aware of them and that they have the information that they need. And this goes through everything that we’ve done through the office. Social media, like I mentioned earlier, and just through AS because the thing is that these issues not only affect our office, but all students. So the idea is to make sure that students are understanding the impact these issues have.

Regarding tuition, like I said, I would mobilize students, I would take them to Regents meetings, I would hit up our State Assemblyman member Das Williams. He’s been helpful in the past—he sits on the high education committee right now. I would work with our legislators that I’ve had contact with, such as Hannah Beth Jackson and Lois Capps, to make sure that not only do students have their actions but also that legislators do their part, to make sure they represent their constituency. We are the biggest voting bloc of any university nationwide, so what they do really matters and we need to keep them accountable. So in regards to the tuition rates and financial aid, those are some ways that I would go about it. Furthermore I would work on making sure that more students are able to lobby. I know that we have a student lobby as one of the organizations here at campus, but I think it should be bigger because I don’t see enough numbers of people who are going to these conferences or people who already know about the issues. So what I would do is try to make sure that we are fiscally responsible in the way we spend money so that way we could have bigger delegations of students to open things up for future leaders to make their mark at UCSB.

What is your impression of the UC Regents? How do you plan on relating campus issues to the UC system’s highest governing body?

I’m actually the UCSB liaison to the Student Regent Designate, who is going to be the next student regent after [Cynthia Flores] leaves office, so [Sadia Saifuddin] will become the next Student Regent. There’s actually several ways we can go about this. One, I want to push UCSA to increase the amount of Student Regents that they have. One of the things I love about UCSA is that they were the ones who pushed for having a student regent on the board, but we still only have one. Versus all the many Regents sitting on the Board, that’s not enough to amplify student voices.

Furthermore, we need Student Regents from the undergrad, the graduate, and professional schools—that way not only are we represented, but also other students as well. Because we get kind of lost in this whole undergraduate bubble but we forget that there’s bigger things out there. After we graduate we’re going to have to worry about further education afterwards. So let’s make sure we have a sense of foresight when it comes to addressing the Regents.

Furthermore, with my liaison role to the Student Regent Designate, I’ve gotten insight into the way certain Regents feel about students. We have people like Regent [George] Kieffer, who came to campus earlier in the school year, who was very receptive, he was an alumni from UC Santa Barbara and he understands that students need a bigger voice and he’s more receptive to it. And then, you know, there’s some people that sort of toss students aside and think their problems aren’t worth it. I think the way that we need to remind Regents that our opinions are worth it is the fact that we are the future of California. The biggest capital that California has is education. The UC system is the finest public education system in the world. People move to California, start companies here, because there are so much knowledgeable people here. So I think we need to remind them that we are the future. A lot of Regents work with companies and known companies, and we know that we might be taking response one day. An investment in the students is an investment for California. And that would be my big picture to push on the Regents.

If you could have a sit-down with UC President Janet Napolitano, what would you discuss with her?

The biggest thing of course would be—there’s actually a lot of things to address—is the California Master Plan. She’s been fairly receptive to it and fairly supportive of it and I think we can launch the UC system into a better era once this thing gets pushed through this way. The UC system, just the California education system, can be better structured in a way that suits students’ financial needs and their educational needs. Furthermore, I want to make sure that I’m receptive to the communities that we have here on campus. When Napolitano was elected there was a huge outlash and it’s understandable. I’m from an immigrant family myself, so it’s really heartbreaking to think about the possibility of my family structure being ruined by someone who’s now in power… I want to make sure that you keep her accountable through this role. Because this is one of the roles that are actually privileged to have these interactions with Janet Napolitano, and I want to make sure that all our voices are heard. But at the same time, it’s like you said, it’s a sit down conversation. I’m not going to be yelling and screaming at her, but I am going to be working with her. And that’s really what matters, is making sure that I’m working with her on the same level, that way that we can work together and make sure student needs are met.

Photo Courtesy of AS Elections Committee