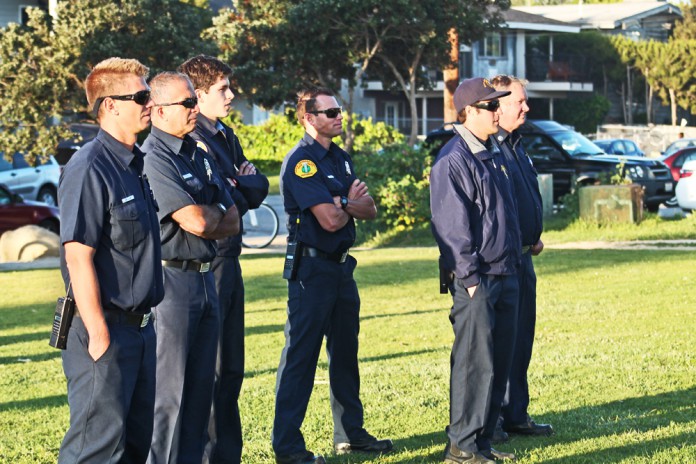 As news of last week’s Deltopia fiasco has been steadily spreading throughout the country, students and members of the community alike were shocked when coupled terms such as “University of California, Santa Barbara” and “Riot” were making headlines around the world. In response, fifth-year aquatic biology major Alana Osaki organized and hosted an Isla Vista Peace Conference at the Del Playa Park to discuss the future of the Isla Vista and the UCSB community for potential solutions to circumvent the widespread negative media attention.

Osaki opened the conference by stating that the events of Deltopia and the subsequent news coverage “left a bitter taste in our mouths and in our hearts” and stated that as a community “we need to bind together to find a solution.”

“We want the full support and communication from the police for future events and we want the local newspapers to hear about how we actively make change to our neighborhood,” Osaki said.

Fire Captain Martin Johnson of the Santa Barbara County Fire Station 17 spoke about his dedication to Isla Vista since his first term in 1987. Johnson addressed the difficulties the fire station has experienced over the years.

“People ask me, ‘why do you work in Isla Vista?’” Johnson said. “And I gotta say it’s almost a mission field for me.”

Johnson was proud to see students and community members uniting at the conference in an effort to rectify the recent negative attention it has been receiving.

“Sometimes you feel like you’re fighting against the tide all by yourself,” he said. “It’s good to know you have our back out here too… We’re all on the right path and I don’t think anyone can do it alone.”

External Vice President for Local Affairs Alexander Moore made the conference more intimate by encouraging everyone to come closer together before he spoke.

More touched upon the successful efforts to create an IV community center, medical center, and the MTD Bus improvements.

Reverend Father Jon-Stephens Hedges, chaplain for Isla Vista Foot Patrol, in a touching speech explained how he is “probably your average former UCSB student living in Isla Vista,” and how he and his wife raised their children and grandchildren here. He personified the city as an old friend.

“When someone you really love gets pounded on, knocked on the street, kicked around, bruised, cut, and then graffitied on, you don’t throw them away, and I’m not throwing Isla Vista away,” said Hedges. “This place is worth saving. Don’t give up on it.”

Complimenting the progressive rhetoric was UCSB alum Garrett Gerstenberger, owner of Isla Vista Screen Printing and Embroidery, who called for “action after reaction.” He harked on the fact that out of the 20,000 Isla Vista residents, only 100 people were at the conference–although that it was still more than he had expected with respect to his experience with the aftermath of Floatopia in 2009.

“I didn’t put my foot down then, but I am now,” Gerstenberger said. “It starts with you guys.”

Fifth-year student Josh Plotke also chimed in with a plan to make Isla Vista a community service district, which would enable the city to have more autonomy while bypassing the previously failed attempts to become a city, or part of the city of Goleta.

Those in attendance were encouraged to take the floor in addition to participate in smaller group discussions on specific topics after the official speakers. Osaki also plans to provide further events for students to speak and discuss practical solutions.