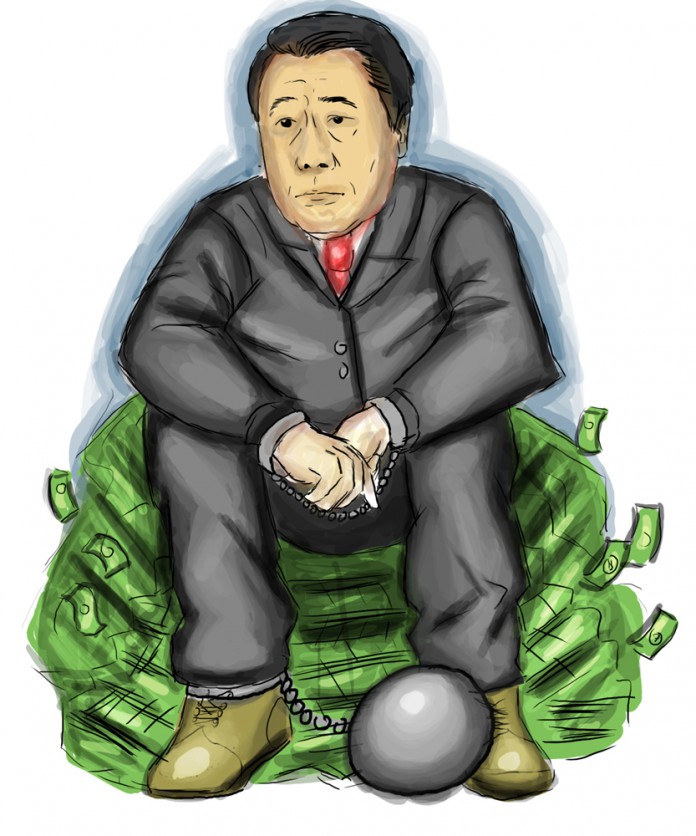 In all honesty, the state of California is not shining its brightest right now. We are in about $132 billion of debt and the University of California system alone is in a debt beyond its means. This would be a great time for our elected state legislators to step up and make a change. Unfortunately, it would seem that some of them are a little bit preoccupied with their own personal gains. Corruption in our government is nothing new; however, with the three latest consecutive scandals that have made the news, it has gotten a bit out of hand here in California–and it’s time that something be done.

So far in 2014, every month has started off with a new story of a corrupt California state legislator. January brought us news that Sen. Rod Wright (D-Inglewood) was committing voter fraud and lying about his legal residence in Los Angeles. In February we heard about Ron Calderon (D-Montebello) being indicted for accepting about $100,000 in return for supporting laws that would expand Hollywood tax credits among other things. Finally, the most recent story brought to us in March is that of Sen. Leland Yee (D-San Francisco), also known as “The Hero of Gun Control.” According to Business Insider, Yee was arrested and charged with allegedly dealing international arms.

There is a common thread that runs through these occurrences: all of these state legislators are still getting paid and their salaries come from our tax money. According to the Los Angeles Times, the Senate voted to suspend all three senators with pay until there is a verdict in their respective cases. This punishment of suspension with pay is actually the harshest step ever taken in punishing lawmakers. These occurrences bring out many concerns: is there a lack in background checks for candidates? Is it fair for these politicians to continue getting salary, even while suspended? And does the fact that it is fairly common for politicians to commit these crimes say something about the standards of ethics in American politics?

Although a background check cannot predict a politician’s future, a thorough enough check can tell a lot about a person. Looking into past business deals or even having a few meetings with their friends and past colleagues are necessary in preventing corruption. As the people, we must assume that with so many of these scandals, there must be a flaw in the system. At the same time, it is very possible for the power and money to change a person once they are in office. These senators may have committed crimes thinking that they were too in-control to be caught or that they were entitled. For this reason, there should be up-to-date background checks throughout their time in office.

When guns are regulated and taken off the streets, their prices rise, which would benefit Yee’s secret gun dealings. For all we know, Yee could have planned from the start to use his position as an anti-gun senator for personal gain. He could have voluntarily gotten involved during his time in office or even been blackmailed into participating. No matter how they get involved, constant check ups and attention can stop corruption early, before it has a chance develop into these news worthy scandals that plant distrust in constituents.

According to the state constitution, neither house has the power to cut off the pay of a senator until they resign, are termed out, or are expelled. According to the Los Angeles Times, the recent events have prompted Senate President Pro Tem Darrell Steinberg to propose an amendment giving the Senate the authority to curtail pay of a legislator in the future while they are suspended. This is an amendment that should have been introduced years ago. While suspended, senators have no power to vote for or against laws; however, they continue to receive pay.

Some may argue that the rule, “innocent until proven guilty” applies equally to everyone. This is true. However, why must they receive salary while awaiting their verdict if they are not even trusted to make legislative decisions? While on suspension, their salaries should be placed on hold. If they are found innocent, they will be able to resume their duties and receive the salary. If they are found guilty, we will be able to put that money toward benefitting California–to improve our educational systems or pay our economic recovery bond.

The fact that this is the first time that lawmakers have been suspended may have to do with why these particular senators felt comfortable breaking the law. There has been corruption and scandals in the past that have been overlooked by the rest of the government. It is only now that these lawmakers are seeing real action taken rather than mere threats or warnings. In order for our states to have ethical, moral, and upstanding legislators, we must demand them. We must demand that our elected representatives be held to a higher standard. They should not receive our money and support if they are breaking the laws that they appear to support. The fact that corruption and scandals have become so common is reason to believe that the politicians of today are losing their sense of responsibility to the people and their country. The only way to mend this problem is to make examples of the people who do break the law. If we want to remain the America that built itself on standards of honesty, integrity, and democracy, our leaders need to be top notch and focused on what is best for our country.