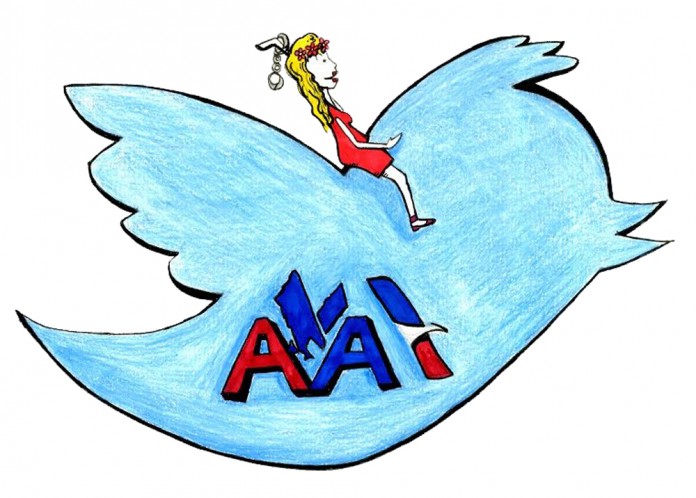 No one can doubt that in post-9/11 America, the government has taken national security threats particularly seriously. When a 14-year-old girl in the Netherlands prank-tweeted American Airlines, telling them she was an Al Qaida terrorist planning to “do something really big,” the airline reported her to the FBI, and she was later arrested by Rotterdam police. Threatening both national security and the lives of individuals happens all the time on Twitter and a million other Internet sites. These alarmingly ominous threats, often without the slightest hint of a joke, pop up much more frequently in this age of ubiquitous online activity than ever before. Why is the Internet such a catalyst for constant, serious threats?

The web is an easily accessible vehicle for everyone’s (often anonymous) self-expression. Such an enormous variety and quantity of content exists on it that even extreme declarations seem routine and inconsequential. Prior to the Internet, if someone wanted to express a public threat in a way other than yelling on the street corner, they would have had to take the time to get it formally published, which likely could have gotten them in some serious trouble. Nowadays, folks who aren’t even celebrities can receive hundreds of death threats for making only semi-controversial statements. The pervasive public aspect of the Internet means these threats are going to be easily spread, viewed, and shared without anyone necessarily knowing who’s behind them.

The Internet also allows people to come into direct contact with even the most inaccessible individuals and groups. This provides people the opportunity to deliver their threats directly to their targets, often anonymously. Additionally, this constant access to everyone and everything and the generally casual nature of the Internet can lull people into a state where they believe it’s less of a big deal to threaten others. Having ready access to and communication with, say, a celebrity or an airline, can conceivably give someone enough comfort with them to vent their over-the-top outrage or play an inappropriate prank. This combination of accessibility, casualness, anonymity, and an already existing plethora of inappropriate material creates opportunities for making direct threats by people who otherwise wouldn’t have the environment or audacity to make them.

The girl in Rotterdam would not have even realized the magnitude of her tweet and might have even thought it would be a joke that could garner her more followers. As one can imagine with this set of circumstances, people can also begin to feel manipulative toward their targets, as if the nature of these circumstances endows them with a right to exert some sort of control. When a teenage girl tweeted that she wasn’t a fan of Justin Bieber and received a response from him, some of the pop star’s fans vented their rage at his recognizing a non-fan by directing death threats at her. These messages may get lost amongst the hullabaloo of the Internet, but they reflect a mindset that’s inconsistent with reality. We are not actually close enough to these people and organizations to vent or joke with them in this manner. This is a drawback of the Internet and many social media sites: it allows us to believe there’s a special relationship and comfort to be had with anyone we can connect with that permits us to share thoughts and feelings that are better kept outside public view.

Even though death threats or threats intending bodily harm are constitutionally protected forms of speech when they’re made to be, according a 1969 Supreme Court ruling, “obvious hyperbole,” a significant portion of these kinds of Internet threats are more than ambiguous enough to not be considered protected. When it becomes so easy for us to express ourselves through direct threats, it means we need to take a step back and think about what we’re actually saying and the potential consequences our words can carry, both for ourselves and for our targets.

Bridgegate: Why Do We Care Again?